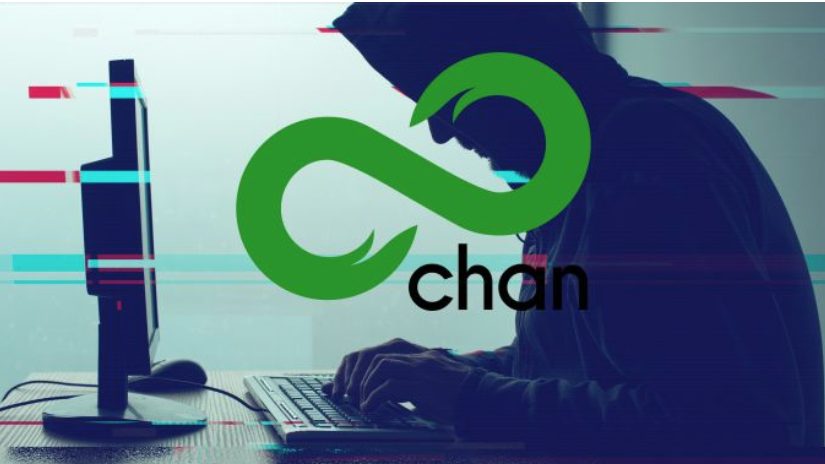 INSIDER REPORT--On Saturday morning, a gunman opened fire on shoppers in an El Paso, Texas, Walmart. Twenty-two people were killed, including a mother who was gunned down while cradling her infant son, shielding him from harm. Dozens more were injured, with many still fighting for their lives.

Shortly before the carnage unfolded, the suspect, a 21-year-old white man, is believed to have posted on 8chan — the notorious online message board where bigotry is encouraged and celebrated en masse. There, like other violent extremists before him, he allegedly announced his plans, broadcasted his deeply hateful motivations, and urged others to follow his lead.

The 8chan post included a three-page manifesto that described Hispanic immigrants as “invaders” that need to be removed or annihilated. It also praised the Australian man who live-streamed himself fatally shooting 51 worshippers at mosques in Christchurch, New Zealand, as a source of inspiration. Shortly before that attack in March, the alleged Christchurch shooter posted a white nationalist manifesto on 8chan, too.

About a month after Christchurch, on the last day of the Jewish Passover holiday, a white teenage boy armed with an AR-15 style assault rifle stormed a synagogue in Poway, California. He killed one woman and injured three others, including a rabbi. Just before the shooting, he posted an anti-Semitic manifesto on 8chan along with a message: “I’ve only been lurking for a year and a half, yet, what I’ve learned here is priceless.” Another 8chan poster swiftly told him to “get the high score,” meaning to kill as many Jewish people as possible.

As the self-proclaimed “Darkest Reaches of the Internet,” 8chan is one of the most popular online gathering places for extremists. The anonymous, poorly-policed forum has become an increasingly effective echo chamber for hate, a hotbed for radicalization and a go-to site for aspiring mass killers who dream of viral infamy.

And as the list of killers seemingly radicalized on 8chan gets longer — including three in the past five months, who targeted Muslims, Jews and immigrants, respectively — the death toll is sure to keep rising.

“[8chan] is a completely anonymous place, and that’s exactly why it’s used to stir hatred, and to tell people to commit mass murder,” noted Ben Collins, an NBC extremism reporter covering the El Paso tragedy. “There is a body count associated with this website now.”

A History Steeped In Hate

8chan is the brainchild of Fredrick Brennan, an American software developer who said he came up with the idea for the forum while high on mushrooms, then founded it in 2013.

In an interview a couple of years later, Brennan said he’d envisioned 8chan as being a less speech-restrictive version of 4chan, a separate online message board that’s also rife with vitriol. He went on to criticize 4chan’s decision to ban threads related to “Gamergate,” an extreme online harassment campaign that targeted several women in the gaming community. (After the ban, many Gamergate trolls migrated from 4chan to 8chan, just as extremists banned from sites such as Facebook and Twitter continue to turn to 8chan as a refuge for their hateful ideologies.)

In 2015, Brennan relinquished the site to Jim Watkins, a U.S. Army veteran in his mid-50s who is based in the Philippines. Watkins started a successful pornography site in the 1990s during his time in the Army, giving him the funds to bankroll websites through his company N.T. Technology. Although Watkins claimed in a 2017 interview with BuzzFeed that he doesn’t share the extremist views on 8chan, he gleefully hosts them.

Throughout 8chan’s existence, it has been a vehicle for online hate campaigns and targeted harassment. Videos and images of mass killings and murders circulate on its discussion boards, as do extremist manifestos and propaganda. Some of the site’s forums have also coordinated fake emergency calls to police departments that result in armed officers showing up at the address of their targets, an attack known as “swatting.” Google delisted the site from its search results in 2015 over concerns about it hosting child pornography, but it still reportedly averages millions of visitors per month.

After the El Paso shooting, Brennan himself acknowledged 8chan’s role in orchestrating mass violence: “Shut the site down,” he said in an interview with the New York Times’ Kevin Roose on Sunday. “It’s not doing the world any good. It’s a complete negative to everybody except the users that are there. And you know what? It’s a negative to them, too. They just don’t realize it.”

Yet another alleged 8chan user killed a woman at a synagogue in Poway, California, in April.

As an entirely anonymous forum, 8chan has made it near-impossible to know who’s saying what on its platform, creating an ideal environment for trolls to post wicked and vile messages that will likely never be traced back to them. As a result, the site traffics in xenophobia, racism, queerphobia, misogyny and Islamophobia, as well as targeted harassment and threats.

Although most social media giants have struggled to contain the spread of violent and hateful content on their sites, Facebook and others have cracked down on fake and anonymous accounts, making it harder for users to detach themselves from their posts.

8chan, like other online intermediaries, is also afforded immunity from liability for third-party content, meaning it can’t get in legal trouble for the things its users post. Cyberharassment experts have long argued that the 1996 law that’s responsible for this protection, Section 230 of the Communications Decency Act, enables online abuse, while free speech proponents have countered that it’s necessary to prevent censorship. Meanwhile, extremists have continued to congregate online, freely plotting and encouraging one deadly rampage after another.

8chan users are already hailing the suspected El Paso shooter as a “saint.” Other mass murderers, including those who went on hate-fueled killing sprees many years ago, are extolled as heroes on the forum to this day. Several of them also left behind hateful online messages or manifestos before slaughtering their victims. In fact, many recent domestic terrorists frequently visited sites including 8chan prior to their attacks, according to a new report from Cal State San Bernardino’s Center for the Study of Hate and Extremism.

The link between unbridled online hate and premeditated offline violence is well-researched and documented, but beyond legal reforms, there are very few options for dealing with digital cesspools such as 8chan. Vigilante hackers have launched DDoS (distributed denial-of-service) attacks against hateful sites in the past to try to knock them offline. But 8chan has enjoyed nearly impenetrable cybersecurity from Cloudflare, a massive tech company that describes itself as politically “neutral” and whose clients include designated foreign terrorist organizations.

Following the murder of Heather Heyer, an anti-fascist activist who died at a 2017 rally organized in part by the violent neo-Nazi website The Daily Stormer, Cloudflare took the site down. This unprecedented act by the company was not a result of legal or moral obligation, but rather a reluctant response to deafening public outrage.

Late Sunday, Cloudfare announced it would stop servicing 8chan as well. Once again, blood was in the streets and public outrage left the company little choice. And once again, it had waited far too long.

(Jesselyn Cook writes for HuffPost where this article originated.)