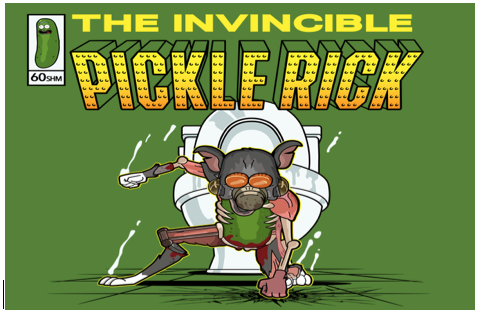 ALPERN AT LARGE--Man, there's a lot of things we didn't ask for, but we're getting, anyway.  On the other hand, we NEED some McDonald's Szechuan sauce.  You know, from the McDonald's promotion of the 1990's Disney Mulan movie?  That was AWESOME, and what do we do when we don't have Rick Sanchez's ability to go back in time to GET that awesome Szechuan sauce!

I mean, we JUST want to watch professional sports, despite the overpaid and pampered players' behavior, without the politically-correct crap with the anthem!  Dudes, you wanna save the world, human rights, and fight for the rights of minorities...go into the right communities, fight for education and an end to bloodthirsty gangs.  Otherwise, just play ball!

I mean we JUST want to watch late-night comedy without the political brow-beating from guys who are supposed to do comedy and make us laugh.  Just even SAYING the words "Nancy Pelosi" or "Donald Trump" or "Mitch McConnell" or "Chuck Schumer" makes us laugh...there's plenty of funny distractions and two-sided political humor to let us relax while the world is going to hell. I don't recall Johnny Carson or Jay Leno pissing off half the nation to "prove a point"!

And speaking of a lack of humor (if I truly WANTED political commentary, I'd go to CityWatch or MSNBC or Fox News), there's absolutely NOTHING funny about Hepatitis A.  We WANTED to help the homeless, but without limit-setting bad homeless behavior, or the proliferation of homelessness in our once-Golden State, we're going to be awash in Hepatitis A and other bad, otherwise-preventable diseases.

Communicable disease is no joke--we WANTED to help HIV patients live normal lives, but we NEVER were OK with spreading the disease through politically-correct nonsense.  Knowingly exposing others to HIV no longer a felony, and potentially reinfecting the blood banks?  I've taken care of once-living victims of HIV in the 1980's (by choice), and what's the point of repeating that horror story?

Speaking of stupid ideas, or lack of good ideas, or a few knuckleheads-living-in-their-own-pathetic-bubble, can Silicon Valley get back to innovation, hiring, and helping more than just a few spoiled, young-but-think-they're-visionary-and-moral idiots?  We WANTED new jobs and a brighter future, not a handful of rich clowns keeping the rest of us down.

We also WANTED to be kind to those struggling with their sexual identity, but going to jail for using the wrong pronouns?  Are you kidding me/he/she/zhe?

Aaaand we also WANTED to be kind and compromising to those here illegally to get a better future, but making California a Sanctuary State just to make a few employers richer and a few politicians more powerful?  You think ICE and Jeff Sessions and the Orange Man in the White House are going to sit idly by?  You think declaring a state free of federal law is going to turn out any differently to The Donald than it did for good ol' Abraham Lincoln?

So getting back to The Donald ... or should I say McDonald's ... that Szechuan sauce better get manufactured and distributed ASAP!  They just had to call the police in Florida because they didn't have enough of that Nectar-of-the-Gods during a trial run of bringing that good stuff back.

Give us what we WANT, and without the garbage, the stupidity, and the godforsaken nonsense that we're getting instead!

(Kenneth S. Alpern, M.D. is a dermatologist who has served in clinics in Los Angeles, Orange, and Riverside Counties, and is a proud father and husband to two cherished children and a wonderful wife. He is also a Westside Village Zone Director and Board member of the Mar Vista Community Council (MVCC), previously co-chaired its Planning and Outreach Committees, and currently is Co-Chair of its MVCC Transportation/Infrastructure Committee. He was co-chair of the CD11 Transportation Advisory Committee and chaired the nonprofit Transit Coalition, and can be reached at alpern@marvista.org. He also co-chairs the grassroots Friends of the Green Line at www.fogl.us. The views expressed in this article are solely those of Dr. Alpern.)