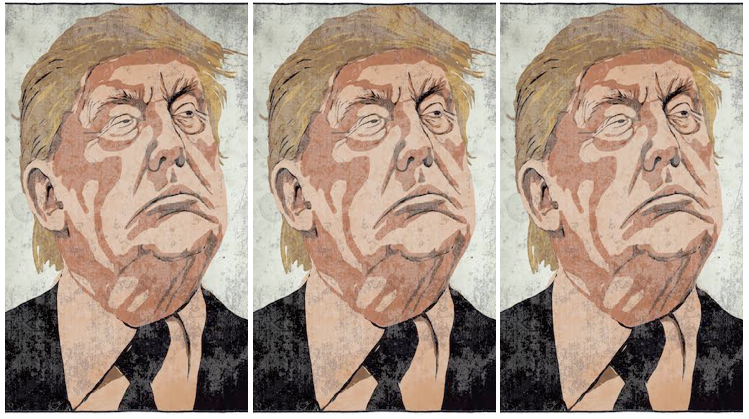 TRUTHDIG--The people Hillary Clinton derided as a “basket of deplorables” have spoken. They have voted out of the pain of their economic misfortune, which Clinton’s branch of the Democratic Party helped engender.

What you have is a defeat of elitism. Clinton’s arrogance was on full display with the revelation of her speeches cozying up to Goldman Sachs—the bank that caused this misery more than any other—and the irony of this is not lost on the people who are hurting and can’t pay their bills. This is a victory for a neofascist populism—scapegoating immigrants and Muslims—and if Bernie Sanders had been the Democrats’ candidate, I feel confident he would have won. We were denied the opportunity of a confrontation between a progressive populist, represented by Sanders, and a neofascist populist.

It’s a repudiation of the arrogant elitism of the Democratic Party machine as represented by the Clintons, whose radical deregulation of Wall Street created this mess. And instead of recognizing the error of their ways and standing up to the banks, Clinton’s campaign cozied up to them, and that did not give people who are hurting confidence that she would respond to their needs or that she gave a damn about their suffering. She’s terminally tone-deaf.

So too were the mainstream media, which treated the wreckage of the Great Recession as a minor inconvenience, ignoring the deep suffering of the many millions who lost their homes, savings and jobs. The candidate of Goldman Sachs was defeated, unfortunately by a billionaire exemplar of everything that’s evil in late-stage capitalism, who will now worsen instead of fix the system. Thanks to the arrogance of the Democratic Party leadership that stifled the Sanders revolution, we are entering a very dangerous period with a Trump presidency, and this will be a time to see whether our system of checks and balances functions as our Founding Fathers intended.

Make no mistake about it: This is a crisis of confidence for America’s ruling elite that far surpasses Nixon’s Watergate scandal. They were the enablers of radical deregulation that betrayed Franklin Delano Roosevelt’s contract with the American people in the wake of the Great Depression. The people are hurting, and regrettably, Trump was the only vehicle presented to them by either major party in the general election to register their deepest discontent. The Trump voters are the messenger; don’t demonize them in an effort to salvage the prestige of the superrich elite that has temporarily lost its grip on the main levers of power in this nation.

Thankfully, the Clinton era is over, and the sick notion that the Democratic Party of FDR needed to find a new home in the temples of Wall Street greed has been rudely shattered by the deep anger of the very folks that the Democrats had presumed to represent. That includes working-class women, who failed to respond to the siren song of Clinton, whom the democratic hacks offered instead of a true progressive like Sanders or Elizabeth Warren. Yes, we need a female president, but not in the mold of Margaret Thatcher.

(Robert Scheer is the founder of TruthDig … where this commentary was first posted.) Graphic credit: Mr. Fish