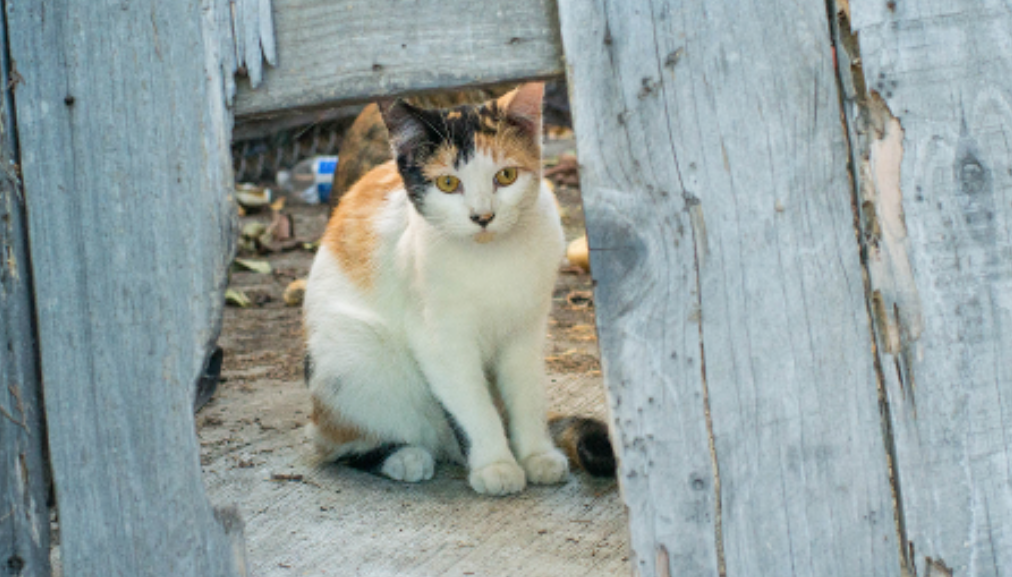 ANIMAL WATCH--Los Angeles Animal Services' General Manager Brenda Barnette, local cat rescuers, shelter volunteers, Best Friends Animal Society and other 'trap-neuter-release' (TNR) advocates claim feral and stray cats are the cause of LA not being a 'No Kill' city. We are told if we would just spend more money on trap-neuter-release (TNR), L.A. would rank as a leader in humaneness.

But, how does dumping feral and stray cats--even if sexually sterilized--into high-traffic streets and garbage-strewn, disease-ridden sidewalks and alleys "save" their lives. This merely sustains or increases the number of painful ways they are killed--but, they don't count in the shelter's stats!

That's not the whole story! TNR has become a lucrative industry in the U.S., not just a neighborly compassionate effort or an expenditure of the City's budget.

Designating a city "No Kill" by the small percentage of homeless animals (dogs, cats and others) that physically enter the shelters and the number released (called the 'live-save rate') does not consider the thousands that roam the streets and are deliberately ignored and not picked up and impounded.  Ignoring them in the communities of greatest need and least political influence does not mean they aren't "killed" by the City's inaction--left in gutters and alleys with their lifeless bodies picked up by sanitation trucks.

Also contributing is the fact that there has been no directed enforcement of Los Angeles' mandatory spay/neuter law for cats (including outdoor cats), as there is for dogs, since Barnette's arrival as LAAS General Manager, nor any campaign emphasizing that it is a serious violation of law to abandon a cat.

The lack of true concern for stopping animals from a life in the streets has been replaced by a nationwide acceptance--even encouragement--glorifying the life of feral cats, along with continual requests by non-profit organizations for donations to "make their lives better" in the streets. There is little concern about the up-to 3.7 million wild birds that are killed annually--many by well-fed cats, according to USA Today.

The oxymoron is that responsible cat-rescue groups will adamantly refuse to adopt a cat to anyone who will not sign an agreement to keep it inside, and yet some of them also advocate TNR rather than more stringent ownership law enforcement. If the life of feral cats is not dangerous, dirty, disease-ridden and filled with the terror of impending harm, why aren't housecats allowed to be released into yards after adoption?

AUSTRALIA CONSIDERING A BAN ON ALL OUTDOOR CATS

It is estimated that cats kill 377 million birds and 649 million reptiles every year in Australia, according to a 2017 study published in the journal Biological Conservation.

In an effort to stop the source of a pervasive feral cat problem that is threatening wildlife and public health, cats could be banned from going outside under new Australian law. The ongoing deaths of birds, rodents, and other animals, has now caused Australia to consider a ban or curfew on outdoor cats, the government announced last week.

Local government minister David Templeman added, “The state government is committed to ensuring this important legislation is up to date and fit for purpose in the control and management of cats and dogs in Western Australia. From encouraging responsible pet ownership, keeping the community and other animals safe, reuniting lost pets with their owners to reducing the number of animals that are admitted to shelters and euthanized, the legislation impacts the whole community."

In April, The Independent reported that the Australian government was allegedly air-dropping poisonous sausages in a bid to kill millions of feral cats. According to reports, it is just one of the tactics used by the government as part of its plan cull 2 million feral cats by 2020 to protect native species.

The feral cat is found in nearly all habitats across Australia. It has caused the extinction of some species on islands and has contributed to the disappearance of many ground-dwelling birds and mammals on the mainland. Feral cat control is feasible on islands, but elsewhere, management is difficult due to the lack of effective and humane broad-scale control techniques, and the presence of domestic cats.

Cats are not a native species in either the United States or Australia. It is believed cats arrived in Australia in the 17th century with Dutch shipwrecks.

COMPANION CATS CAN BE DEADLY, TOO

Just as in the U.S., Australia’s feral cat colonies are the result of the irresponsible actions of people who abandon their unsterilized cats or allow them to roam outdoors unsupervised and those who decided to allow their pets to have a litter or two before spaying or neutering, PETA Australia explains:

"While feral cats living in rural Australia are certainly lethal to wildlife, cats with human families who are allowed to roam around urban areas still have hunting instincts, no matter how well fed they are. Most cat guardians are in denial about the number of animals their cats kill. One study found that they see only about 23 per cent of their cats’ victims,"

We are also reminded that, "If allowed outdoors, all cats will terrorize, maim, and kill native birds and other small wild animals, who are struggling to survive other challenges (such as development in their habitats) and aren’t equipped to deal with non-native predators. These animals die from puncture wounds and from being crushed by cats’ jaws."

FERAL CATS IN THE UNITED STATES

"15 reasons science says feral cats are a disaster," by NOLA writer Joan Meiners (July 2018) is one of the most informative and well-illustrated responses that have appeared  on feral cats.

"Scientists estimate that between 60 and 160 million feral cats roam the United States. . . Feral, free-roaming cats have been documented by dozens of studies to be indiscriminate killers of wildlife and the cause of at least 63 species extinctions, according to a 2016 analysis of invasive species impacts.

"But while the evidence of their hunting prowess is overwhelming, there is little proof that cats are effective at controlling urban rats, which studies have shown are not their primary prey." she writes.

Other concerns are that "Feral cats attack the primary consumers of mosquitoes and other insect pests; Cats are the top carriers of rabies among domestic animals in the U.S.; Cats spread toxoplasmosis."

A DAY IN THE (SHORT) LIFE OF A FERAL/STRAY CAT

Most feral and stray cats live a lonely life, hiding under greasy vehicles or buildings during the day to try to avoid being chased and torn apart by dogs, hit by cars--and often are accidentally and intentionally poisoned by angry or fearful residents or the rodenticide in the bodies of devoured mice and rats.

Feral/stray and owned outdoor cats congregate where there is a food supply which, in the case of TNR colonies, feeders provide often around dusk. If this is conveniently near homes, there may be porches or open sheds for temporary shelter, gardens for bathrooms, and roofs and/or high concrete walls from which dogs can be taunted into endless barking.

A new study by the National Park Service has found that 20% of urban coyotes’ diets consist of cats and are surging in 96 out of 105 cities surveyed. They have mastered survival in urban environments, much of which can be attributed to some adjustments in diet from garbage and small rodents to their competing predator--cats.  They have also become adept at entering residential yards and densely populated communities from which they shied just a few years ago.

According to a study by Justin Brown, biologist for Santa Monica Mountains National Recreation Area, Los Angeles had 16 coyote attacks on humans in 2016, a huge increase from just two in 2011. A March 18, 2019, post shows a coyote with a bad case of mange devouring a cat in someone's driveway in Hollywood in broad daylight, and one community in Culver City recorded 40 pet deaths from coyotes in just six months last year.

The NPS’s findings come from examination of coyote scat from more than 30,000 specimens collected during a period of two-and-one-half years, showing that the increase in residential gardens may be drawing coyotes into the neighborhoods and yards where cats and dogs are easy prey.

Can we even imagine how many of these were TNR'd feral cats that are "sitting ducks" as they devour the food dumped in an exposed area by a caregiver? This also attracts rats, mice skunks, raccoons, local stray (unaltered) cats, and, of course, coyotes.

"This may not be limited to just the cat food; it can also be the cat as food too, especially when so many cats are lured to a specific area (feeding station) to eat. They, in turn, attract the coyotes which are claimed to be keeping developed areas free of rats and rodents," explained one former official.

"The added problem with this myth is that the coyote gets its fill when eating a cat or two versus its natural prey (rats) which can, in turn, increases the population of the prey it would usually eat--those uneaten rats multiply. It's simple math," he said.

THE COST OF GUILT

All the large (and many small) humane organizations run ads and/or have websites that promote our guilt over the way irresponsible owners treat animals. We can, of course, assuage that guilt with a donation--the larger and/or more regular the amount, the better we will feel.

In last week's article ('No Kill' has Failed - Socially Conscious Animal-Sheltering Begins), we looked at total donations for 2018 to Best Friends Animal Society, ASPCA and HSUS.

Here are some figures on the annual income for large and small feral cat/TNR organizations for 2018:

OWNER RESPONSIBILITY--TIME FOR A BAN ON OUTDOOR CATS

A Citywide ban on allowing owned cats to be let or kept outdoors, along with a mandatory microchip/cat licensing law and enforcement of L.A.'s existing mandatory cat spay/neuter ordinance could--without further taxing the City's budget--effectively and humanely start to control the overpopulation and end dangers of these free-roaming non-native cats, the spread of diseases (such as, typhus and rabies) and the destruction of wildlife in Los Angeles.

It would also protect the cats. There is absolutely no justification for leaving any cat outside nor for them to be considered "disposable" items that can be trapped, neutered, and then thrown back into the streets like faceless trash, regardless of the hype of TNR activists about the "good life" they lead.

Advocates do not want feral cats classified as "wild," which means they must be unconditionally treated and confined as pets for their own and the public's health and safety.

They would then enjoy the same respect and status as dogs!