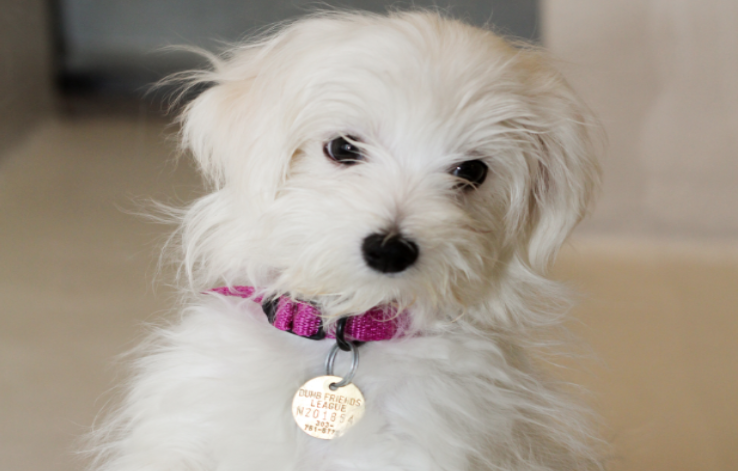 ANIMAL WATCH--"No Kill" has been a gruesome experiment that has resulted in the painful mauling and deaths of thousands of innocent people and far more pets by Pit Bulls.

It has prolonged the suffering of old, sick and injured animals whose lives could, and should, have been ended peacefully by veterinarians who can determine professionally the chances for a healthy and happy future.

It is time for America to lead the world out of the false perception that all animals must be "saved" and bad behavior--including killing--is merely "misunderstood."

We are raising a generation of young people who believe that aggression in dogs is the norm and that it is society's obligation to adopt them and/or at least keep them alive at all costs, regardless of the number of victims or the prospect for more damage and deaths.

Here are just two of the resultant tragedies:

ABC News reported on May 11, "Friends mourn volunteer killed by pit bull up for adoption at animal shelter in Florida," The details have not been released yet--possibly because the dog that killed Christine Liquori, 52,  at the St. Lucie County's Second Chance Shelter, had a behavioral background that revealed it was dangerous.

Or, it may have been just an unpredictable, violent attack on the beloved volunteer who also worked with Paws for Recovery, working alone with the dog in the play yard of the Florida shelter that last year had begun a five-year plan to become "no kill."

According to the medical examiner, "The cause of death is exsanguination, or severe loss of blood, from dog bites."

The Humane Society of St. Lucie County has been serving the community since 1956 and takes in about 5,000 homeless or unwanted animals a year. On April 19, 2018, the board of directors at the HSSLC unanimously approved a 5-year strategic plan "to become a no-kill shelter," according to YourNews contributor, David Lynch.

The  plan  is based on "working with our local governments to change outdated ordinances to ones that will directly save thousands of lives immediately...we must do more to increase our life-saving goals...we will do better to make sure we save them all."

"NO KILL" --"SAVING" A DANGEROUS DOG AND KILLING A CHILD

My first e-mail this morning was a forwarded link to The Telegraph,"Mother forced to leave baby's body with attacking dog so she could save her older child."  The angelic faces of two innocent-eyed little boys immediately grab your heart.  A Staffordshire Terrier had just killed four-month-old Archie Joe Darby and mauled 22-month-old Daniel Jay Darby, after pulling him off the kitchen counter where his mother had placed him, while she tried to save the infant.

It took several officers to remove the dog because of its continued aggressive behavior until it was put to sleep, according to the article. This incident occurred in December 2016  in the U.K. at the home of an aunt, who got the bully dog from a rescue center about four years before and said there was no previous problem with it. The prior owner did not disclose any prior aggression.

As veterinarians, we have a responsibility to prevent and relieve animal suffering,” said CVMA President Will French, DVM. “The idea of the no-kill movement is misleading, and often increases animal suffering with unintended consequences. A Socially Conscious Animal Community is a more positive approach to animal welfare that treats animals respectfully and alleviates their suffering. As a board, a socially conscious approach is more in line with our mission of enhancing animal and human health and welfare in the state.”

On March 28, the Denver Dumb Friends League, founded in 1910, and now the largest community-based animal welfare organization in the Rocky Mountain region and a national leader in compassionate sheltering, issued a dynamic and compassionate commentary that must be read by anyone concerned. the present and future welfare of animals:

Our society is at a critical point in shaping the future of animal welfare. While the no-kill movement has created positive change in some communities that don’t have progressive animal welfare organizations, the policies often promoted by these groups are increasingly leading to unintended consequences that cause animals to suffer greatly. We all must be informed regarding the unacceptable impact on animals created by legislation being proposed by some no-kill groups. We must educate colleagues, friends, family members, neighbors and policy makers so animals receive the care and respect they deserve.

The League clarifies that it does not make euthanasia decisions based on time and space, "All decisions are about the pet's quality of life and our community's safety," it states.

A Socially conscious sheltering FAQ and a list of the 5 Freedoms that create the "best outcomes" for animals and which they strive to meet in supporting a necessary change in the direction of animal sheltering is provided. It summarizes compassionately their commitment to all animals and the community as an open-admission shelter, stating, "We must work together to create the best outcomes for all animals, promote safe communities and nurture the human-animal bond."

WHY THIS HAPPENED - Fate of Puello Animal Shelter Uncertain"

The impetus for these strong statements by both the Colorado Veterinary Medical Association and Denver Dumb Friends is the failure of the Community Animal Services of Pueblo to pass Colorado Department of Agriculture inspections three times after recently becoming "no kill."

"Relinquishing our license is the fastest way for us to get care for the animals,” Kim Alfonso, the acting board president for PAWS for Life Animal Shelter, said in a statement.

At a Tuesday meeting,  city councilors and county commissioners heard from the Board members about the investigation's findings actions, Fox21 News reported.

The decision late last year by these same officials to approve PAWS' taking over operations of the shelter was predicated on the promise of "a lower budget and the city created a no-kill shelter ordinance."

Among the issues the inspector noted were multiple animal deaths, animals in kennels too small to meet legal requirements; cats without proper/any litter box at all, healthy animals caged with sick ones, improper sanitation, and improper quarantine, among a plethora of other accusations.

A detailed analysis and history of this situation is provided by Animals24/7 in “No-kill” debacle: will Pueblo bring “responsible sheltering” into vogue.

A BRIEF OVERVIEW OF THE "NO-KILL MOVEMENT"

"In the 1930's, the first focus on preventing unwanted animal births was initiated, writes Maddie's Fund, "These spay/neuter efforts coincided with the life-saving efforts of rescuers, and so the no-kill phenomenon began."

Nathan Winograd, an attorney who worked for the San Francisco SPCA, became the next "no kill" leader, and in 2001 he became Executive Director of the Tompkins County SPCA in Ithaca, N.Y for three years.

Winograd writes, " The organization  had already resolved to become no kill in 1999, adding that killing stopped immediately and Tompkins County had become the first no kill community in the U.S., As of the 2010 census, the population was 101,564.) "

HISTORY OF BEST FRIENDS AND 'NO KILL'

Best Friend's page, No-kill movement timeline: History of Best Friends Animal Society,comes up immediately in a search for "No Kill" and states that in 1984, "Best Friends becomes the flagship for the no-kill movement" and that in 2019, for the first time on record, the total number of dogs and cats killed in America’s shelters for a given year has dropped below the one million mark — to about 800,000."

Best Friends appears to leave behind its history as the Process Church of the Final Judgment and ending as The Foundation Church of God in 1993, but its Wikipedia profile contains the links to the legal corporate history after its founders reportedly separated from the church of Scientology. (See Articles of Incorporation here.)

During their many years as various religious institutions, there was no published emphasis on animal welfare in their prominent books and literature. Alsatians (German Shepherds) which are shown in photos of the altar and they reportedly indicated a belief that dogs could predict the end of the world. (See 2004 interview Friends Find Their Calling here.)

THE ECONOMICS OF HUMANENESS

Let's look at the recent income to the three major (or most visible) U.S. humane organizations and why promoting--or at least not opposing--the mythical "no kill" goal may have been of benefit:

American's reportedly donated to listed organizations a total of $11.8 billion in 2018 to Animal/Environmental organizations.  (This does not include the small, local groups or shelters.)

There are an estimated 14,000 shelters and pet rescue groups in the U.S., taking in nearly 8 million animals each year, NPR reported in 2014. (Note: This has probably increased dramatically in five years.)

Animal rescuers are not licensed, permitted, monitored or inspected in most cities/states, nor registered on any national registry. Local shelters usually only require proof of IRS tax-exempt 501(c)(3) status to release impounded animals, often free of charge. There is no limit on what they charge for "adoptions" and no follow-up on the ultimate disposition of the animals taken from shelter or other sources. For most smaller rescuers, income from "adoptions" (which are tax-free sales) or donations is self-reported online.

There is also no background check, insurance, educational or experience requirement to start "rescuing" and re-homing animals in most jurisdictions.

IT IS TIME FOR SOCIALLY CONSCIOUS ANIMAL SHELTERING

The world of animal sheltering has become an economic issue, often ignoring animal and human welfare. It places the responsibility for the future of impounded animals with those who have no authority and no strict legal obligations and standards for veterinary or other care and imposes no mandates for public health and safety.

Many good-hearted rescuers find themselves in hoarding situations--caused by the same agencies that are later reluctant to act on behalf of the animals or take legal action because it will mean impounding them and possibly not maintaining or reaching Best Friends' "No Kill" goal.

It is time for a change and for more accountability. Deepest thanks to the Colorado Veterinary Medical Board and Denver Dumb Friends League for beginning this public conversation and having the courage--as always--to speak for the animals.