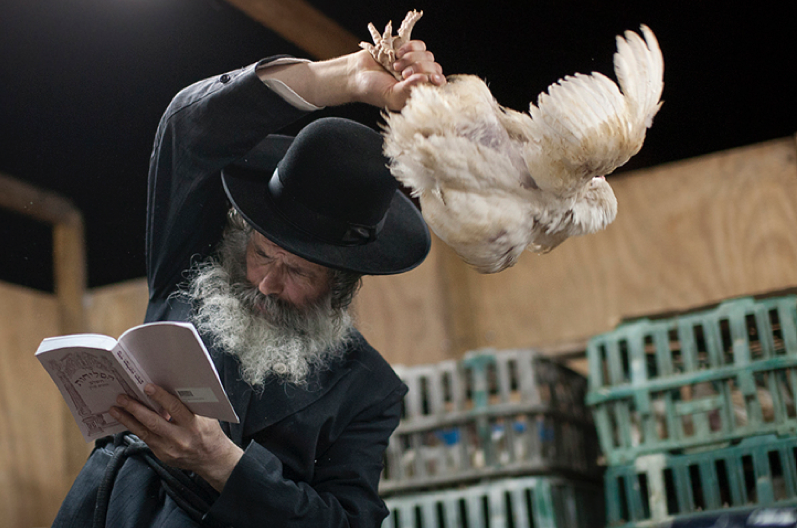 The Humane Society of the U.S. (HSUS) and PETA -- as he and Councilman Mitchell Englander approved a motion for the City Council to ban the manufacturing and sale of fur products in LA.

Koretz boldly expounded on stopping the suffering of animals and justified closing businesses and putting people out of work because of cruel practices used in killing and skinning fur-bearing creatures, as described and shown on films provided by activists.

But then he caved! Although the Chief Legislative Office's report describes existing fur bans in West Hollywood, San Francisco and Berkeley, and states, "No other localities have designated religious objects as free from the exemptions," Koretz has exempted one -- a traditional round fur hat called a shtreimel (pronounced shtry-mull), worn by Hasidic Jewish (Haredi) men on Jewish holidays, and other festivities after marriage. 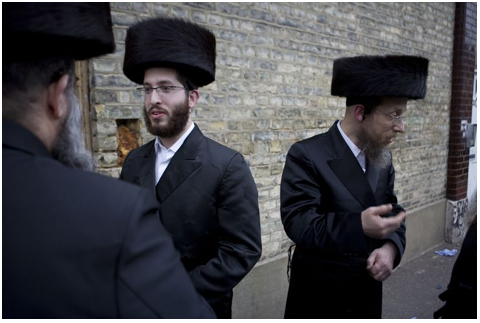 The shtreimel is made of fur from the tails of Canadian or Russian sable, stone marten, baum marten, or American gray fox typically made of the tips of sable, mink, marten, or fox tails. Thirty (30) animals pelts are used for each hat, and they cost anywhere from $1,000 to $6,000.

It is described by Thoughtco.com as looking like a "relic of colder days in Russia," which explains, "Manufacturers in New York City, Montreal, B'nei Barak, and Jerusalem have been known to keep the secrets of their trade closely guarded." Therefore, it appears there are no traditional shtreimel hats is made in LA; and, here and in Israel, synthetic fur is commonly worn.

It was apparent that Koretz -- who represents a large Jewish constituency in the Pico-Robertson area -- is not familiar with shtreimels, because he struggled awkwardly to pronounce the word and required assistance from his staff and members of the audience.

But, still, Koretz has created a double standard of animal cruelty regarding the use of fur in LA. Is his reasoning religious or political?

In an April 5, 2010, written opinion in the Guardian on exempting shtreimels from a proposed fur ban in Israel, “Religion is no excuse for wearing fur,” Seth Freedman wrote, "Ultra-orthodox Jews opposed to Israel's planned ban on the sale of fur are wrong to call for tradition to supersede ethics."

"Rabbi Shlomo Pappenheim, who chairs the Eda Haredit, the powerful umbrella organization of ultra-Orthodox Jews with tens of thousands of members, said that modern shtreimel production violates Torah prohibitions against causing needless pain to animals, and, because of widespread public debate on the issue, wearing one in public amounts to a desecration of God’s name," states The Times of Israel.

The Jewish Press wrote that, despite his support for the synthetic shtreimel, "Rabbi Shlomo Pappenheim objected to the idea of legislation to promote its use. ‘I believe in evolution, not revolution,’ he said. ‘We should get to a point where people would be ashamed to wear anything but a synthetic shtreimel.’"

KAPPAROT - WILL KORETZ SPEAK OUT FOR THE FEATHERED?

In less than a month, beginning on September 17 and ending at sundown on September 18, 2018, Kapparot will be observed. Los Angeles activists are already pleading for Paul Koretz' and the Animal Services Commission's support for the chickens which suffer for hours or days in unconscionably inhumane conditions while awaiting their sacrificial role in Kapparot ceremonies to atone for sins of humans.

They are now concerned that, although the effects of their annual protests seem to have brought awareness to the cruelty, it is also believed that the activities have gone underground.

On the days immediately preceding Yom Kippur, bloody spectacles have occurred annually in parking lots and alleys in the Pico-Robertson area of West Los Angeles (Council District 5, represented by Paul Koretz) and other locations in the city, as a small faction of the members of the Jewish faith engages in what many Jews and activists believe to be an archaic, unnecessarily cruel atonement rite called “Kapparot.”

During Kapparot, the sins of a human are symbolically transferred to a chicken. The chicken is grasped by its wings, pulled tightly together across its back, and swung in a circle a total of nine times above the head of the person whose sins are to be expiated, according to Chabad.com.

A ritual slaughterer (shochet) then slits the bird’s throat and the dead animal is supposed to be donated to feed the poor. Los Angeles Jewish activists say many of the animals are unhealthy or injured and these parking-lot ceremonies do not meet Kosher standards.

But, most of all, they say tearfully -- the screams of the chickens, heard throughout the community -- are haunting.

The birds are typically older, arthritic, factory-farm hens that have been used for egg production. They have already endured hours or days without food or water. The end of their torturous lives is spent brutally crammed into battery cages in which they cannot move or stand, only to then be handled and killed in a needlessly painful manner. Sometimes they remain barely alive, left to suffer in black garbage bags with those who have preceded them in this “ritual.”

A 60-second film, "Kaparos: A Heartfelt Plea for Mercy" by Rabbi Yonassan Gershom, of the Alliance to End Chickens as Kaporos can be seen here.

'THE MOCKERY OF DECENCY'

In 2013, Pico-Robertson neighbors, activists, and the media documented “the mockery of decency,” as Rabbi Klein explained in his Jewish Journal article. He reported that after a week of Kapparot protests, repeated calls to the [County] health department, and city agencies including Sanitation -- the California Department of Food and Agriculture shut down the three operations.

Councilmember Paul Koretz’ response to their desperate pleas? His office reportedly merely sent an advisory to Jewish organizations in his district that the practice violates LA Municipal Code.

This year, after grandstanding for compassion for fur-bearing animals (with the exception of those used for shtreimel hats), here is a chance for Councilman Paul Koretz to speak out in the media and at Council for the feathered animals who will suffer in his own district:

The KAPPAROT AGENDA is shown as follows:

Los Angeles Jewish activists opposing the use of chickens emphasize that they are not requesting interference with religious freedom. The Kapparot rite they are opposing in Los Angeles creates suffering for the animals due to the circumstances under which they are kept and handled. They explained that coins are now used by the majority of observant Jews.

Activists appearing at LA Animal Services meetings every year merely ask that an officer be assigned as a direct contact or be available to respond to a location where they identify cruelty to Kapparot chickens in Los Angeles. It is necessary for an officer to personally observe any animal neglect and abuse in order to take appropriate action to enforce California State anti-cruelty laws and City ordinances.

TIME TO DEFINE ‘HUMANENESS’ IN LA

Paul Koretz' Wikipedia page states that he is a "well-known opponent of animal cruelty." He now has a chance to prove it, and we will be watching. But, he can't convince us of his convictions while he is operating under a double standard.