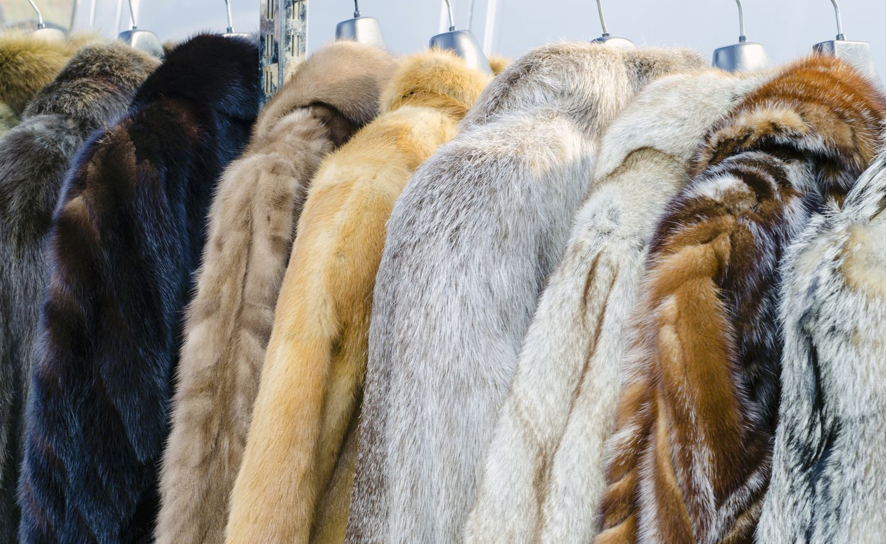 ANIMAL WATCH-On August 15, 2018, two members of the Los Angeles City Council --  Paul Koretz and Mitchell Englander -- approved a motion that would prohibit the manufacture and sale of fur products, including apparel made in whole or in part of fur or any fashion accessory, in the city of Los Angeles (CF 18-0538).

The original motion on June 8 would have put the measure in place beginning January 1, 2020 -- one year after a similar law was enacted in San Francisco. After a confusing discussion of implementation, it was decided to ask for a phase-in period of two years after final approval of the ordinance by the LA City Council.

The Office of Finance does not keep track of fur sales specifically, states the Chief Legislative Office report, "but, according to the 2012 Economic Census, the total retail sales for the product category “Furs and Fur Garments” was $0.36 billion in California. The State Board of Equalization reports that statewide taxable sales of all outlets, including “Furs and Fur Garments,” totaled $558.39 billion in 2012.

THOSE WHO ARE HURT -- ON BOTH SIDES

A dozen speakers in opposition to the ban mostly represented the fur industry. They were not attorneys or paid representatives but the actual owners and workers who will lose their businesses or their jobs.

Owners of long-existing fur businesses testified that this will destroy their lives, the livelihood in which they have invested all their efforts and earnings and which they planned to pass on to their children. They said that the action by the Council ignores the fact that they are operating legal businesses and pay millions of dollars annually in taxes to the city. They said that the market and demand should be the deciding factors.

One emotional business owner attempted to show Koretz and Englander a video of a very disturbing protest by a group which wrote on the sidewalk in front of his business, "ALF [Animal Liberation Front] is watching you!" He said he had to sell his business and that the activists are still coming to his home and terrorizing his family. (He gave me the travel drive containing the footage after the meeting.) Koretz refused to watch the video, stating it was off-topic.

Others who testified were workers, one of whom burst into tears, saying this would destroy the livelihood of families with children and those supporting disabled spouses. They said their skills were specialized and being without employment could cause many families to become homeless.

Another opponent asked, "With homelessness and all the other serious problems in this city, how do you have time to ban fur?"

One owner chastised Koretz for refusing to visit the modern fur factories and observe the humane treatment of animals under strict regulations before introducing this proposal.

Koretz responded that he had seen film brought by the activists, and there is no humane way to raise animals in tiny cages and kill and skin them for their fur.

SPEAKING FOR THE ANIMALS

Supporters represented the multi-million-dollar worldwide organizations, including People for the Ethical Treatment of Animals (PETA) and the Humane Society of the United States (HSUS) and local groups and individuals who claim that fur-bearing animals are electrocuted anally and vaginally and skinned alive for fashion, among other atrocities.

A representative of the Valley-based Animal Hope and Wellness Foundation stated he conducted an undercover investigation which revealed tremendous suffering by foxes at American fur farms. Another supporter showed a gruesome video taken in China -- where there are no humane regulations, and where the fur market is apparently flourishing under increasing demand.

A LITLE HISTORY - "I'D RATHER GO NAKED THAN WEAR FUR"

Without question, the historic campaign which has had the most effect on decreasing the use of fur is the series of PETA ads, called the "Naked"  campaign, which began in 1994 and, for the first time, showed millions of potential consumers the cruel truth behind the fur trade at that time.

The “Naked” Campaign was recently revived and credited with helping bring fur sales to historic lows. On February 28, 2018, an article in People Magazine showed "Celebrities Who Have Posed Nude for PETA's Anti-Fur Campaign.”

IS THE SUFFERING OF ANIMALS AND HUMAN-TRAFFICKING VICTIMS EQUAL?

After all allowed testimony by both sides, Koretz retorted in response to the urging of furriers to let market demand take its course:

“I don't think letting the market decide is a solution. We could apply that to human trafficking and say, ‘We will let it go on as long as there are people that want to have sex with trafficked people.’ But I don't think the market is appropriate to decide and, certainly if you asked the animals, they would tell you they don't want to be skinned alive for fur. We have to take an action for the voiceless.”

This was surprising comparison to me since, as a member of the LAPD Metro Human Trafficking Taskforce, I do not recall Councilman Koretz initiating programs to combat human trafficking. This may not have been a good analogy for the effectiveness of laws. Here are the latest figures reported  in March 2018.

I'm sure these victims would also appreciate Koretz speaking for them, but this poses an important question: Although everyone is entitled to his/her own emotional priorities, should the suffering of animals and humans be equated by politicians?

WHO IS GOING TO ENFORCE THE FUR-BAN IN LA?

Upon the urging of Councilman Englander, who referred to the original motion as a law without structure, the City Attorney was instructed to consider exemptions that would consider California Fish and Game laws regarding exclusion of furs trapped by license holders and/or used for items used for religious purposes such as shtreimels, fur hats worn for religious observances by Hasidic Jews; and also to provide a phase-out period for existing businesses.

There is no mention in the motion, nor was there at the meeting, of who is going to enforce this ban on businesses or individuals engaged in illegal sales. (Animal control officers have expertise only in regard to live animals.)

So, will it fall on LAPD to make the decisions of whether an item is made with animal fur or faux fur? And, which city department has the expertise to determine whether faux fur actually contains dog and cat fur from China, as claimed by supporters of the ban?

Also, there was no discussion of what type of punishment will be imposed on those who are believed to be in violation.

Both West Hollywood and San Francisco have bans on the sale of fur. San Francisco’s code provides a detailed definition and description of "Fur" and "Fur Product" and has developed a complex administrative citation system in which enforcement and collection responsibilities -- including those ascribed to the Controller -- falls under the Director of the Department of Public Health.

San Francisco imposes its prohibition as an UNDERTAKING FOR THE GENERAL WELFARE, whereas the city of Los Angeles has, thus far, mentioned only the cruelty to animals.

The Chief Legislative Office provided information that further complicates decisions on enforcement; i.e., that local jurisdictions that have banned for product sales have exempted dog and cat fur because of existing federal and state prohibitions. Federal law already prohibits the possession, sale, and purchase of cat and dog for products. Any person who violates this Act may be assessed a civil penalty up to $10,000 per violation.

Additionally, California Penal Code section 598a already makes it a misdemeanor to possess, import into the state, sell, buy, give away or accept any pelt of a dog or cat with the sole intent of selling or giving away the pelt of the dog or cat. It makes us wonder how much research was done by the three offices of Councilmembers Blumenfield, Koretz and O'Farrell before introducing it.

Koretz declared that, “The symbolism of doing this is as important as the reality, and so, if we give a phase-in period I think it will have the desired effect countrywide and worldwide -- having LA, one of the fashion and glamour capitals of the world … eliminate the sale of furs.”

What do you think?