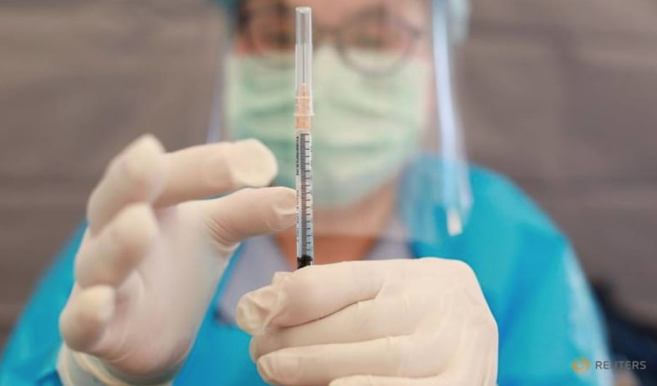 VOICES - The COVID-19 vaccines have turned an already-divisive America into a ramped-up battle of blame, shame, hatred, distrust, skepticism, and partisan name-calling.

Although I am often a target of this verbal bloodshed, I close my ears and try to base my decisions on science. Let me be clear: I am not talking about the “science” of the Democrats or Republicans, but science based on my own independent research. My personal investigations convinced me to get the first Pfizer jab. I will probably get the second one after 10 to 12 weeks.

Let me rewind to January and February 2020. I linked up with a couple of amateur detective groups on Twitter that had a simple goal: to analyze every morsel of coronavirus data coming out of China. We were not scientists although there were virologists and epidemiologists among us. We saw videos that had been smuggled out of Wuhan. There were overcrowded hospitals and victims dying in the streets. Some doctors and nurses in the zone became truth tellers to the chagrin of the Chinese Communist Party. We routinely translated information into English.

I had confidence in that data and was called a “kook” and “conspiracy theorist” by outspoken family and friends. You see, the traditional medical community, almost all politicians and the mainstream media (with a few exceptions, such as Tucker Carlson, The Guardian, and The Atlantic), thought the virus was relatively insignificant and would vanish before taking hold outside of China. I disagreed. I believed the outbreak would become a pandemic, that the virus was mostly aerosol or airborne, that it could travel long distances, that it had possibly escaped from the Wuhan Institute of Virology, that it could spread via plumbing pipes and air conditioning ducts, and that the Chinese government was involved in a cover up, in part, by drastically downplaying the numbers of the ill and deceased. (Of course, all of these previously radical theories are considered mainstream now.) Some people from our Twitter groups posted this information back then and were banned from the social media platform. Tech company censorship was rampant in 2020; it is more tyrannical today.

This brings me to one reason why I (and many like me) became vaccine hesitant. It seemed incomprehensible that so-called experts (the WHO, CDC, Anthony Fauci, et al) could know less than a bunch of (mostly) laypeople playing Columbo on Twitter. How could they have gotten things wrong for so long? My cynicism mushroomed, abolishing my already-thin confidence in authority figures and the establishment. I had questions. Were they hiding information or simply incompetent? Was there a political motive for withholding facts? Had they deluded themselves into thinking they were protecting the public while operating off the doctrine of “you can’t handle the truth”? And if mainstream “experts” could not be trusted on basic issues, should they be believed when it comes to the safety and efficacy of the vaccines?

Like other vaccine-hesitant Americans, my reluctance also hinged on questions about the long-term dangers involved with getting the jab. Some medical therapies from the past -- both vaccines and treatments -- have been linked with disability and death. The swine flu vaccine has been connected to a neurological disorder called Guillain-Barre syndrome and thalidomide (developed in the 1950s to combat nausea and insomnia in pregnant women) was touted as a “wonder drug” until it was found to cause birth defects.

Were the COVID-19 vaccines problematic in a similar way? I learned that it would be rare for a vaccine -- even one based on mRNA science -- to have long-term complications because it is given in one- or two- shot doses rather than repeatedly over weeks, months, and years. In other words, it sheds away from the body fairly quickly. It does not have an accumulation or payload problem. Although the shedding theory did not give me total confidence in the long-term safety of the vaccine, I had even less confidence in the long-term safety associated with catching the virus. There are millions of cases of long COVID, hospitalization, and death. Reason required weighing the unknown harms associated with the jab with the known harms associated with the virus. I sided with the jab.

But did I need the vaccine? Maybe I already had antibodies. Although I had not knowingly been sick, maybe COVID-19 had sneaked into my body undetected and vanished before I could polish my trusty face shield. My antibody situation was relevant because some studies show that coronavirus survivors have 6.7 times more immunity to the virus than those who have gotten the jab. In other words, the virus gives them a boatload of protection. Other studies indicate that one shot of an mRNA vaccine (rather than two) is sufficient for these people. I sprang for a $75 antibody test and learned that I had never contracted COVID-19. I had no natural resistance to the virus.

Another argument offered by my “hesitant” friends hinges on the fact that the vaccines are only sanctioned for emergency use; they do not have full government approval. But this did not play into my thinking because I felt the FDA would be forced to give the green light to the vaccines—somehow, some way, at some point. They were already backed into a very tight and well-patrolled corner. (Plus, they had recently greenlighted a possibly ineffective Alzheimer’s drug despite objections by their own senior advisors, meaning the agency’s actions were already viewed as questionable.) If the FDA was to claim the COVID-19 vaccines were unsafe and thereby deny full approval, there would be a further erosion of trust in authority figures. Plus, the already vaccinated would be furious. Over four billion injections have been given throughout in the globe. Forget about “World War Z.” We might be looking at “World War V.”

My next concern involved vaccine efficacy. The Delta variant has 1000 times more viral load than the original strain of the virus and constitutes more than 93% of all Covid-19 cases in the country. In light of this, could the jab protect me against such a ferocious adversary? I did not want to risk side effects and who knows what else if the vaccine was not going to work in the first place. Studies show that the vaccinated can contract and spread the Delta variant of COVID-19 as easily as the unvaccinated, but the good news is: a vaccinated person has a 25 times lower chance of hospitalization and death. Since I hate hospitals and I hate death even more, I figured I would go with the jab.

Now that I had decided to get the vaccine, I wondered what brand to choose. As a believer in the power of genetics, I telephoned every blood relative I could track down to inquire about their injection story as well as any repercussions they’d experienced during the aftermath. All had gotten Pfizer, and none had suffered serious side effects. I figured Pfizer might be best for me.

My final question was about timing. The CDC -- which relies heavily on a one-size-fits-all strategy -- recommends that Americans get the second jab of Pfizer three to four weeks after the first. Yet studies indicate that antibodies are higher after a longer wait. Brits have been getting the second jab at 12 weeks and Canadians have been getting it at 16 weeks. The UK now touts an eight-week “sweet spot” in an effort to compromise between a longer gap and earlier protection. I felt that a shorter dosing approach only made sense if I had plans to put myself at risk by socializing or traveling. As a pandemic hermit (sad but true), I believed a 10-to-12-week wait would be optimal. Waiting also meant that a booster shot -- if I decided to get one -- would be further down the road.

As the virus rages on, I keep perusing relevant literature, always eager for new studies. I try to stay flexible, rely upon reason, and ignore the “politics” of the crisis. I continue to weigh my personal risk-benefit ratio. Many of us lost trust in the health establishment this past year -- making it all the more important to do our own COVID-19 homework.

(Charlotte Laws, Ph.D. is an author, cable news contributor, and former member of the Greater Valley Glen Council. You can follow her on Twitter @CharlotteLaws.)  Prepped for CityWatch by Linda Abrams.