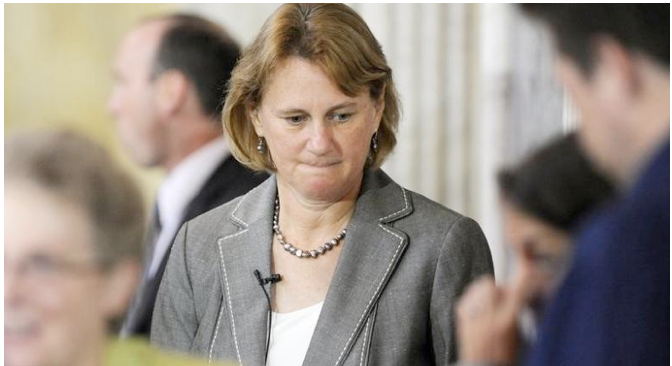 PLAYTIME AT CALPERS (Part 2)-- Back in the day, CalPERS had a national reputation as the best run, most socially conscious pension fund in the US. However, things began to change by 2000, as returns diminished and “pay to play” allegations began to surface.

The Backdrop-Indictments--Ultimately it emerged that Fred Buenrosto, CEO of CalPERS, and former Board Member Alfred Villalobos had started playing footsie with each other by engaging in falsifying documents and corruption and bribery, as was finally charged in a series of indictments. These schemes started around 2005 and continued until they were caught. Matters clearly came to a head when, as the schemes unraveled, Mr. Buenrosto suddenly decided to “retire” in 2008.

When the heat ratcheted up and it was clear that an illegal conspiracy was in the offing, CalPERS, in the best tradition of large institutions, hired a white shoe corporate law firm (Steptoe & Johnson) to whitewash the mess. And this they did -- putting as happy a face on it as money can buy. Reading their final Report, it is obvious their job was to make everyone still employed look good, and then to come up with “go forward” recommendations. None of that finger-pointing stuff for them. Not bad for $11 million in fees.

The CalPERS Staff--Key to this or any other story involving billions and billions of dollars of public money, is the staff. After all, the Board can only effectuate their will through their staff, and it is therefore the staff that is at the heart of the issues facing CalPERS.

Marcie Frost - CEO (as of October 3, 2016)--Marcie Frost is a veteran public pension manager from the State of Washington. She served as the Executive Director of the Washington State Department of Retirement Systems (DRS) prior to being selected as the successor to Ann Stausboll.

At this point, it would not be fair to say anything more, since she has only been on board for a brief time. In fact, when I clicked on her photo under “Executive Officers” on the CalPERS website last week, I got a 404 error message of “page not found.”

So let’s see what she’s inherited.

Ann Stausboll – CEO--Ann Stausboll (photo above) served as CEO from the demise of Fred Buenstroso in 2008 until August of this year. The LA Times hailed her as the change agent to overcome “steep losses” with the fund, even as they glossed over the criminal scandal of Buenstroso and company.

Stausboll, however, was no newcomer to either CalPERS or government. She had previously worked for CalPERS in the 1990s, when the General Counsel was Richard Koppes, later with the big time politically connected law firm, Jones Day. And when Phil Angeledes became State Treasurer, Stausboll left CalPERS to become a Deputy Treasurer and General Counsel from 1999 to 2004.

In 2004, Stausboll returned to CalPERS as their Chief Operating Investment Officer, and twice during that period was the CIO.

Bill Lockyer, who was Treasurer in 2008 and sat on the CalPERS Board, was quoted as saying that “the Board liked her because she is a team player.”

Ted Eliopoulos, Chief Investment Officer--Stausboll appointed Ted Eliopoulos as CIO in 2014. He started out as an attorney with Latham & Watkins, another of the California power elite law firms whose progeny populate California government. Not coincidentally, he too worked for California Treasurer Angeledes, and became Chief Deputy Treasurer from 2002-2006. And oh, by the way, he was the designated representative for the Treasurer on the CalPERS Board during this time.

In 2007, when Stausboll was back at CalPERS, Eliopoulos came on board as Senior Investment Officer for the Real Estate Division. Under her tutelage he moved from SIO for Real Estate to SIO, and then to SIO for all of the Real Assets Investments.

He then worked for 2 years as ‘Assistant Director of Legislation’ for the CA Department of General Services, and moved up to a Deputy Cabinet Secretary under the Schwarzenneger Administration. From there he moved over to the CA Labor and Workforce Development Agency, where he was tapped by Stausboll.

Obviously a politically connected Republican type, Ann Stausboll had him named Interim CEO of CalPERS after she announced her retirement effective August 2016.

Matthew G. Jacobs - General Counsel--Mr. Jacobs came to CalPERS via the big time global corporate sector, namely DLA Piper, LLC. They play with the care and feeding of large corporations; they claim, “we also advise governments and public sector bodies.” The scant information that is readily available would seem to indicate that his area of expertise was in federal litigation.

Cheryl Eason - Chief Financial Officer--Cheryl Eason became the first CFO for CalPERS in 2012. Prior to that, she worked for the Manitoba Lotteries Corporation, and then the British Columbia Pension Corporation. The newly created position was designed to provide oversight of budgeting, accounting, risk compliance, pension contract management and prefunding.

In March of this year, CalPERS announced the creation of a new position reporting to Ms. Eason. Marlene Timberlake D’Adamo is now the new Chief Compliance Officer, a position advertised as strengthening the “Pension Fund’s transparency, accountability and ethics.” She comes from PNC Bank in Philadelphia where she worked in Portfolio and Risk Management.

Donna Lum - Deputy Executive Officer, Customer Services and Support--A longtime employee, Donna Lum started as the IT person for the CA Department of Education Department of Toxic Substances Control. In 1999, she came to CalPERS and served as Chief of the Benefit Services Division before being promoted to Deputy Executive Officer for Customer Services and Support, the division that handles administration of retirement and health account benefits and the associated customer services.

Doug P. McKeever - Deputy Executive Officer, Benefit Programs Policy and Planning--Mr. McKeever came to CalPERS from the Department of Corrections and Mental Health, where he was Director of Juvenile Programs & Director of Mental Health. He is lead for dealing with the health benefits function of CalPERS, such as contracting out health plans, long-term care, retirement planning and research. This function involves some 1.4 million people and more than $8 billion per year.

As such, he is responsible for the CalPERS websites, social media, video, media relations and employee communications -- not to mention that he now deals with public record act requests, not a success story for CalPERS in the past.

The Takeaway--Clearly, after being promoted to CEO in 2008, Ann Stausboll created a whole new structure for her executive team and personally populated it with her picks. This is important for a couple of reasons. First, most of the key management players on the Board Administrative side were simply not around at the time of the corruption scandals involving Messrs. Buenrosto and Villalobos. Also, Eliopoulos, Hoffner, and Jacobs all had heavy political and corporate backgrounds.

Second, having personally created the structure and filling it with her choices, there was little likelihood that any of her staff would say anything to the Board that was not previously vetted by her.

So here’s the question: Why did Ms. Stausboll suddenly announce her retirement in August of this year at age 59?