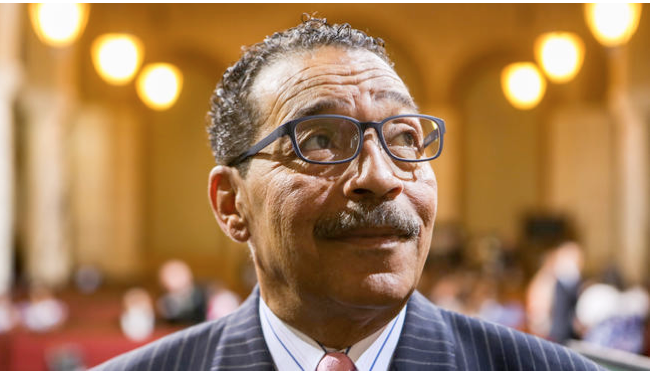 COUNCIL POWER CREEP-Notwithstanding Herb Wesson’s pledge to keep a watchful eye over District 7’s “purse strings” and his claim to “love the Valley too much to let its residents go without representation,” the LA City Council President’s recent self-appointment to the Council seat just vacated by Felipe Fuentes violates both the spirit and the letter of the LA City Charter.

According to Section 409 of the Charter, there are two -- and only two -- ways that vacancies on the City Council can be filled: by appointment or by special election.

In both cases, according to Section 407, only individuals who live in the district are eligible to fill the seat. The Charter also makes clear that appointments are not made by the Mayor or Council President but by the Council as a whole.

Moreover, Sec. 212 of the Charter states that “no member of the Council shall, during the term for which he or she has been elected, serve in any other office, if the position is appointed by or subject to confirmation by the Council."

And as for him being a non-voting “caretaker” of CD7 for the next eight months, that arrangement is only permitted in cases where the Council has chosen to replace a seat by special election. It makes sense. The Council cannot authorize a special election, while at the same time making a formal appointment to fill the vacancy. That leaves the need for a caretaker to run the show during the interim between the authorization of the special election and that election’s completion.

The same problem does not present itself in the case of the Council waiting until the next regular election for the Council seat (as opposed to ordering a special election), given that the appointment will automatically end once the results of the election are certified.

There is no good reason not to appoint as a voting member of the Council a qualified District 7 resident to represent the many taxpayers in that District who will otherwise be denied a voice in the hundreds of votes the Council will make between now and the installation of the next CD7 Councilmember.  City Attorney Feuer?