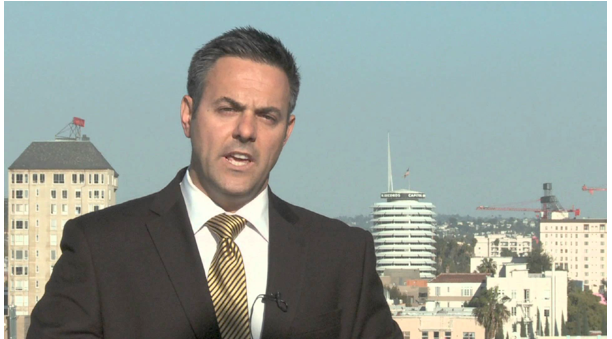 It was revealed that the Los Angeles City Council’s Homeless Strategy Committee was acting to authorize $615,000 for the leasing and construction of storage facilities for the homeless in San Pedro, without any prior notice given to the Harbor Area neighborhood council’s. Buscaino’s record on  transparency is par for the course, while failing to reach any sort of consensus on thornier issues.

One year ago, the homeless issue exploded in San Pedro at the CeSPNC meeting after that council voted unanimously to support the tiny homes initiative of Elvis Summers. Buscaino stepped in after that to announce his appointment of the Homeless Taskforce. That singular vote was the result of mounting frustration with the lack of action by Buscaino on this critical issue. I should know. I had a front row seat as president of Central during that time.

Not only did the councilman intentionally appoint a group of political shills who were neophytes to the homeless issue—with the exception of Shari Weaver, the one professional from Harbor Interfaith Service — he also excluded anyone from the Central San Pedro Neighborhood Council, some of whom had been working on the issue for more than two years.  This political insult was exacerbated by appointing Ray Regalado, president of Northwest San Pedro Neighborhood Council, as his co-chair and George Palaziol the leader of the anti-homeless uprising and founder of the questionable nonprofit organization  “Saving San Pedro” to the task force.

Also appointed were Elise Swanson, the political armchair of the San Pedro Chamber of Commerce, Mona Sutton, the owner of the Omelette and Waffle Shop and others, who, as I’ve said before, have little experience in dealing with homeless issues. Since that time they have held multiple closed-to-the-public meetings, with no published agendas and reports on their activities. The councilman promises that one will be release soon, but in fact this move is classic JB—no transparency; zero community engagement.

If not for the continued scouring of LA City Council notices by Danielle Sandoval, the Budget Advocate from the Harbor Area and CeSPNC treasurer, the August 2016 Transmittal from the Homeless Strategy Committee, chaired by City Administrative Officer Miguel Santana, would have been buried and Buscaino’s deceit would have been missed until it was presented as a done deal.  His office has sought neither advice nor consent. There has been no waiting for City Controller Ron Galprin’s office to release the list of thousands of publicly owned properties and the only discussions that have taken place have been closed door ones with San Pedro Chamber of Commerce CEO, Elise Swanson.

Instead of Buscaino appearing before the CeSPNC himself, as he was scheduled to do this week, Swanson appeared in standard form as his apologist, making excuses and assuring that the “task force” was going to do its work and present a proposal with illustrations from the “consultants” for public comment (read rubber- stamp approval). Who knew that they already had consultants hired to work on the project that nobody knew about?

Further, with Sutton now president of Central, Regalado and  Palaziol, all being on different neighborhood councils, they all have conflicts of interests that prevents them from voting or even participating in the discussion on the proposed homeless storage facilities, since they are also on the councilman’s Homeless Task Force.

John Stammreich, the itinerant parlia-mentarian of CeSPNC, needs to brush up on his understanding of the legal terms “recusal” and conflicts of interest.

Sutton has a double conflict since she was recently appointed by Buscaino to the Harbor Area Planning Commission just before the June neighborhood council election. It’s a position that might allow her to review a change of use issue of any proposed storage facility under that commission’s purview.  Could the avoidance of controversy get any more complicated?

It certainly can as the CeSPNC homeless committee chairwoman Tunette Powell, resigned from the council after only two months on the job citing personal issues. Yet, it is well known that she was pounced upon by the bullies of the Saving San Pedro’s closed Facebook page for differing from their polemics and constant negativity.  Her frustration was evident at the recent meeting.

All of this and more comes into play as Buscaino has his sights set on a second term while having very little to show for his first five years in office, except for the constant barrage of photo opps and social media propaganda.

Yes, there are lots of promises such as the San Pedro Waterfront, the plan for redeveloping the public housing at Rancho San Pedro and three market rate housing projects (with no low-income units included) in central San Pedro. Through it all, there has been next to nothing in terms of  transparency in the pre-development stages, and with what little information that has been made public, is information that was vetted behind closed doors between the council office and the Harbor Department.

Don’t expect the actual waterfront plan to come out very soon.  It is rumored that Los Angeles Waterfront Alliance hasn’t yet secured an anchor tenant, therefore, there’s no actual capital funding as they continue to negotiate the biggest attraction at Ports O’ Call, the San Pedro Fish Market, down to 25 percent of its current footprint.

Buscaino just wants to be re-elected at any cost and he’ll smile his way past any one who thinks he doesn’t deserve it. But watch out, his deceit is as treacherous as Saving San Pedro’s comments on my hat are libelous.  And his continued lack of transparency and his use of neighborhood councils as rubber stamps will trip him up in the end.

(James Preston Allen is the Publisher of Random Lengths News, the Los Angeles Harbor Area's only independent newspaper. He is also a guest columnist for the California Courts Monitor and is the author of "Silence Is Not Democracy - Don't listen to that man with the white cap - he might say something that you agree with!" He has been engaged in the civic affairs of CD 15 for more than 35 years. More of Allen…and other views and news at: randomlengthsnews.com.)