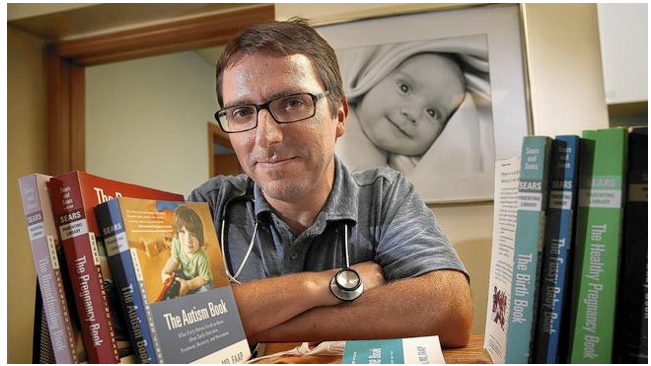 GELFAND’S WORLD--In a recent column (see the subsection titled Another dog that didn't bark), I mentioned that the new state law mandating vaccination of school age children seems to be going into effect smoothly, with generally high levels of compliance. I speculated that the most extreme anti-vaccination parents were managing to obtain vaccine exemptions for their children by going to a few pediatricians -- the ones who are willing to play the game of declaring nearly normal kids to be medically ineligible for vaccination.

Perhaps I spoke too soon.

In that earlier piece, I mentioned that until recently, anti-vaccine parents didn't even need a doctor's note. They just needed to sign something called a personal belief exemption (PBE). I speculated that use of the PBE was often just the result of parental tardiness rather than of deeply held anti-vaccination beliefs. Parents who had neglected to keep their children's vaccinations up to date found that they could still get their children enrolled in school. They just had to sign a piece of paper (the PBE). The new law makes this impossible because the PBE has been abolished. We are now seeing the effect. Parents either have to make an appointment with an expensive pediatrician or make the effort to get the kids their shots. A lot of parents now are just taking their kids to the shot clinic.

But then there are the more extreme anti-vaccinationists, the ones who blame childhood vaccinations on all manner of ailments including autism. They have to deal with the issue in some other way. Home schooling is one permissible option. Going to a cooperative pediatrician who is willing to write a vaccine exemption letter is another possibility.

The most famous of those pediatricians is Dr Bob Sears (photo above) of Orange County. Sears is the author of a book on vaccine resistance and was an outspoken opponent of the new state law, SB277.

The same day that my original column was published, a legal bombshell hit the anti-vaccination community. Bob Sears was charged with negligence by the state medical authorities.

I won't go into a lot of detail about the charges, except to point out that they involve a parent who obtained a vaccine exemption for a two year old infant. The charges imply that Sears did not follow an adequate level of medical care in his evaluation of the child. The charges make it clear that the state authorities consider Sears' performance to have been negligent (an important word in the practice of medicine), at a level that is bad enough to justify the state taking action against his right to practice medicine in California.

The story was considered big enough to make the news in the Orange County Register and the L.A. Times, and from there to local radio. It expanded to become a worldwide internet discussion. That the state's action is more than just a complaint about medical incompetence was explored in the opening paragraphs of Matt Hamilton's story in the Times.

Dr. Bob Sears, an Orange County pediatrician and nationally known critic of vaccination laws, faces the loss of his medical license after the state medical board accused him of improperly excusing a toddler from immunization and endangering both the child and the public.

The Medical Board of California contends in legal documents released Thursday that Sears committed “gross negligence” and deviated from standard practice when he issued a letter in 2014 prescribing no more vaccines for the child. 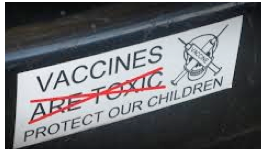 In other words, the state of California is going after Sears because of his approach to childhood vaccination. We can paraphrase the state's message to California doctors as follows: You can write vaccine exemptions when they are medically indicated, but you have to follow the principles and standards of accepted medical practice. Doctors who wish to continue playing the vaccination exemption game will probably be able to do so, but they will have to document each exemption by taking a medical history, examining the patient, and keeping adequate records. You might say that the state of California is requiring that vaccine exemption needs to be considered just as seriously as you would consider a possible case of pneumonia in a young patient.

Some critics are going to point out that the state of California is being tougher about vaccines than it is about marijuana use. It's no secret that getting a certificate recommending the use of marijuana for medicinal purposes is simply a matter of visiting one of the clinics that advertises for your business. Some of these clinics have actually used signs the size of small billboards to bring in the marijuana users.

Others may recall the days during the Viet Nam War when young men sought exemptions from the draft. There were a lot of doctors who were sympathetic and would supply a letter to your draft board if there was some finding that could justify a draft exemption. It was obvious at the time that some doctors pushed the limits of medical science in writing those letters.

Is Dr Bob Sears doing anything all that different or all that worse than the medical marijuana certificate mills or the anti-draft doctors of the 1960s? There is a pretty good case that from the public health standpoint, he is. The medical board's position about Dr Sears endangering the wider public, in addition to the specific child, makes exactly that point. It's also obvious that unvaccinated children are at increased risk of catching whooping cough and other contagious diseases.

What about the political and social implications of the state's action?

The charges against Sears cannot help but create a stultifying effect on pediatricians who have been merchandising themselves as anti-vaccine practitioners, and on those who have been considering doing so. They are all thinking things through very carefully at the moment. The upside to writing slightly spurious vaccine exemptions is to build one's medical practice and to gain the gratitude of anti-vaccine parents. The downside is the possible loss of one's career.

Dr. Sears responded to the public thrashing by announcing the charges on his internet page. This resulted in angry (and anguished) comments by his supporters. For people who really believe that vaccination can lead to autism, Dr. Sears was their life preserver in a sea of hostility. They don't want to lose him.

The effect of the state's action, however well justified, is to further stimulate the fight that for one brief moment seemed to be dying down. Some pediatricians willing to deal with anti-vaccine parents may figure out how to walk the tightrope and write those exemption letters. Others may figure out that it's not worth the effort. But no licensed physician in the state of California is likely to run an anti-vaccine exemption mill in the way that the medical marijuana mills have been run. 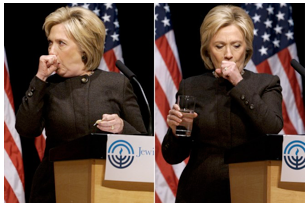 Late night comedians will be dusting off the Prevnar jokes. Unlike Vince Foster, she didn't get this one done. (If you didn't see the commercial, this line will be meaningless to you.) Reporters will explain to the Libertarian candidate that laryngitis is not a city in the middle east. Some comedian who went to college will connect Bill Clinton with the word pneumococcus.

But I'm going to treat this illness as an experiment. You see, I have no reason to assume that the diagnosis of pneumonia is anything but 100% true. What reason would they have to fake it? She's been coughing, weak, and feverish for days or weeks, and her doctor confirmed the diagnosis.

But my prediction is that within hours, we will be deluged with speculations about what Hillary has, why the pneumonia story serves a villainous end, and how the subterfuge is being managed by the mass media. The paranoia will flow and burst into flame. Figure Wednesday at the latest.

And because we are imagining this now, before it has taken off, we can treat it as a new episode of Hillary Derangement Syndrome (HDS). The point of our observing HDS after the pneumonia diagnosis is that it will demonstrate how unbelievable all those previous episodes of HDS were.

(Bob Gelfand writes on science, culture, and politics for City Watch. He can be reached at [email protected])