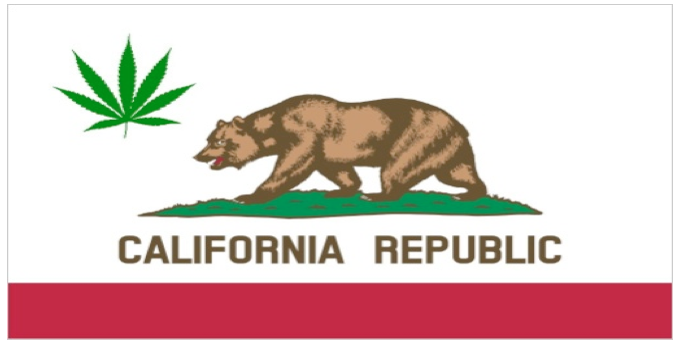 When we speak of legalizing marijuana we are really speaking of the Great Cannabis Debate. Come November, Californians will vote on Proposition 64, the Adult Use of Marijuana Act, which could bring safety and security for both cannabis consumers and farmers, and the sales taxes accrued could provide much-needed revenue to our state. Let’s look at a short list of possible unforeseen ramifications.

Local mom-and-pop cannabis growers fear that if we legalize the cultivation and distribution of marijuana, its distribution will be taken over by large corporations, such as Seattle’s Privateer Holdings, a private equity firm that strategically invests in legal medical cannabis. It was founded in 2010 by MBAs from Yale and San Francisco State University with ambitions to create new brands of pot products. The company’s portfolio has expanded to include a partnership with the Bob Marley estate, just as the Marley family launched the cannabis brand Marley Natural.

In Ohio, a group known as ResponsibleOhio tried to carve out a monopoly by inserting into the state constitution language that only authorized 10 people to legally grow, process and sell marijuana. The Initiative, known as the Ohio Marijuana Legalization Initiative, or Issue 3, would have legalized marijuana, but commercial cannabis could have grown at only 10 sites owned by investors in the ResponsibleOhio campaign. The Ohio initiative did not pass; by contrast, through California’s Prop. 64, our state’s multibillion-dollar cannabis industry would be subject to the first-ever consumer protection regulations and licensure. Perhaps most important, its backers also point to the astronomical amounts of tax revenue they claim would stream in from what is now California’s largest underground industry.

Professor Mark Kleiman isn’t buying it, however. Kleiman, who teaches public policy at New York University, is an expert on drug and criminal justice policy. He is also an advocate for what he calls “grudging toleration,” a sort of middle ground between prohibition and legalization, one that favors heavy pot taxation, strict limits on promotion, age minimums, restrictions on public consumption and a personal quantity limit.

“It is as much of a pipe-dream as the lottery,” Kleiman, told me about legalized pot’s increase of education funding. “They always say they’ll have lots of money for public schools, but the states do not spend more [lottery revenue] on public education – just look at Colorado.”

In fact, Colorado, whose voters legalized recreational use of marijuana in 2012, last year experienced a boon in tax revenue, collecting $70 million off of marijuana sales -- nearly double what was collected from that state’s alcohol sales. According to the fiscal impact statement for California’s Prop. 64, the net additional state and local tax revenues potentially range from the high hundreds of millions of dollars to over $1 billion annually. And, similar to Colorado, most of these funds would be required to be spent for specific purposes, such as substance-use disorder education, prevention and treatment. Although the ballot language approved by California’s Secretary of State claims passage of Prop. 64 will result in a windfall of money for “after-school programs,” it makes no mention of increased funds for public education itself.

Some people fear that Prop. 64 will increase marijuana use and are concerned about its potential marketing to minors. Yet the legalization of cannabis will require inspections of the product and establish packaging, labeling, advertising and marketing standards. The ballot measure states that the new law would prohibit the advertising of marijuana to minors. There are questions as to whether or not marijuana will take on an advertising model that mirrors that of alcohol or tobacco.

Kleiman made an interesting point: “Why advertise at all?” he asked. This goes back to his model of grudging toleration, which favors strict limits on promotion. When asked about the potential inequities in the quality and marketing of marijuana to people in lower income neighborhoods, Kleiman replied, with some agitation, “If you’re asking me, ‘How many people are gonna be stuck with a bad cannabis habit and how many of them otherwise belong to disadvantaged groups?’ my answer is, “A lot and most.”

In order to succeed, the regulation of legal pot needs to be balanced: Legal sales have to be high enough to destroy the black market, but taxes can’t be so high that illegal pot becomes much cheaper. Otherwise the heavy users -- estimated to be about 80 percent of the market -- will continue to buy illegal pot. (The inspections regime isn’t seen as enough of a draw since longtime marijuana users have been buying uninspected, “unsafe” pot already, probably with little demonstrable effect.) Counterintuitively, therefore, legal pot could result in a greater need for resource expenditure by law enforcement than advertised by Prop. 64’s backers.

Should the ballot measure pass, the state excise tax on the retail sales of marijuana will be equal to 15 percent of the sales price. This would seem to be a reasonable price increase for the ability to purchase pot without legal risk. There is a projected cost reduction in the tens of millions of dollars --to potentially exceed $100 million annually -- related to the justice system’s no longer having to enforce certain marijuana-related criminal offenses, as well as ending the incarceration and supervision of marijuana offenders. Meanwhile, space in overcrowded prisons would suddenly be freed up for those convicted of violent crimes.

The initiative will also authorize resentencing and the destruction of records for prior marijuana convictions, including those of people who may have been arrested on possession or conspiracy to sell, but who had two prior felony convictions and the arrest proved to be their third strike. This raises a simple moral question: How does a society come to punish a person more harshly for selling marijuana than for killing someone with a gun?

As Alice Huffman, the president of the NAACP has stated: “Creating a legal, responsible and regulated framework for marijuana is a predominant civil rights issue and it’s long overdue. The current system is counterproductive, financially wasteful and racially biased, and the people of California have repeatedly called for it to be fixed.”

Two potential scenarios seem to lie ahead for California, should the legalization initiative pass. If Prop. 64 is poorly implemented, the cannabis industry could be corporatized, with state agencies only certifying a few powerful companies to grow and distribute pot, while putting smaller grow operations out of business. Raising the costs of cannabis to such a degree that poorer people are left to purchase lower quality, cheaper black market pot could lead to more or less the same number of cannabis-related arrests for lower income users as there are today.

The other scenario, though, could see the return of good-paying blue collar jobs in warehouses and factories – jobs that provide those who work in the cannabis industry with benefits and safe working conditions. (As opposed to the continued shuffling of blue-collar professionals into service industries throughout California’s boomtowns -- including Silicon Valley, which experienced a historical tech explosion but whose service-sector employees have been priced out of the housing market.)

Then again, the reality may lie somewhere in the middle. Armed with the benefit of hindsight about how the legalization of marijuana is playing out in other states, California will have a better sense of what doesn’t work, even while getting a handle on what does work. These are the provisions that make Prop. 64 an attractive candidate for passage:

Ultimately the benefits of decriminalization, along with the revenues that could come from Prop. 64, far outweigh any concerns raised by its opponents. California is a state of dream seekers -- we’re too innovative to continue to incur costs associated with policing personal habits, social rituals and medicinal remedies found in cannabis consumption.

(Melissa Chadburn has written for Guernica, Buzzfeed, Poets & Writers, Salon, American Public Media’s Marketplace, Al Jazeera America and other places. Her debut novel, A Tiny Upward Shove, is forthcoming from Farrar, Straus & Giroux in Spring of 2017. Read more of this special High Times series at Capital & Main  … where this article was first posted. Paul Tullis contributed research to this article.) Prepped for CItyWatch by Linda Abrams.