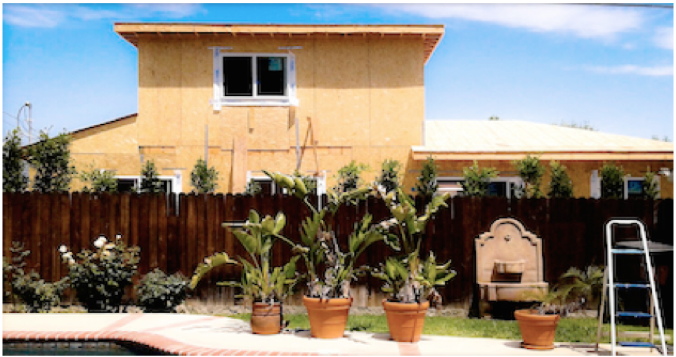 DENSITY BY DEFAULT-With debates raging over the regulation of short-term rentals in Los Angeles and the proponents of the Neighborhood Integrity Initiative focusing attention on what many see as a broken planning system, a third issue has been steadily gaining attention and generating public outcry among concerned homeowners: the rules that govern the permitting of second dwelling units (SDUs).

This Tuesday, August 23, the full City Council will consider, for the first time, the Planning Department’s proposed repeal of the City’s adopted local standards for SDUs, potentially eliminating protections that have safeguarded the character of LA neighborhoods for decades. In the place of local standards, the City would default to lenient state standards that allow much larger units, up to 1,200 square feet.

The rules governing second units, which are ostensibly built for the purpose of providing accessory housing in single-family areas for aging parents, relatives and guests, have been hotly contested, and were recently the target of successful litigation by homeowners concerned that the City has been unlawfully ignoring its adopted standards in favor of the more permissive state standards. Under those lenient “default” standards, designed by the Legislature for cities that, unlike LA, do not have their own local standards, second units can be developed by speculators as huge rental dwellings that can virtually double the density of single-family neighborhoods while adding pressure to their already over-extended infrastructure.

While it is sensible to allow the construction of small second units that come with reasonable protections for neighborhoods, the lenient state standards would foist “one size fits all” rules on our vast city, allowing enormous SDUs to be visible from the public streets and permitting their construction everywhere, even in delicate Hillside areas.

The Department’s proposed repeal ordinance is on a “fast track” process, discouraging neighborhood councils, homeowner associations and other civic groups from engaging in the process. As we near the vote, many of these groups have nonetheless weighed in to object to the abbreviated timeline, with one, for example, commenting that “the speed and way in which this item has been scheduled prohibits neighborhood councils from evaluating and providing input through a community impact statement in a timely manner.”

CityWatch has covered the history of the issue in further depth, but essentially the City does need to take some action, as ordered by a judge who found that the City had been unlawfully following the lenient state default standards for the past six years.

But there are at least two alternatives the City can take, instead of the Department’s proposed repeal. First, the Zoning Administrator could issue an administrative memorandum that nullifies certain discretionary permitting procedures in the existing ordinance that puts it at odds with state law. Second, the City Council could amend the existing SDU ordinance to formally delete those same discretionary procedures.

Both options would leave in place the City’s current protective SDU standards, providing a far more favorable result than outright repeal. Both options could be executed quickly. Each would bring the City into full compliance with state law without abandoning local protections in favor of extremely permissive state standards.

And what to do about the permit holders who sought applications under the more lenient state standards during the six-year period that the City was unlawfully following them?

The City could retain the current local standards for future permit applications, while simply grandfathering all pending unchallenged permits where applicants and property owners have relied in good faith on the City’s past illegal practices. The City Council should pause and seriously consider its options.

If the City wants to overhaul its second unit ordinance, then that should come only after appropriate study, public outreach and deliberation. LA stands on the edge of voluntarily abandoning its own local SDU standards in favor of standards controlled through Sacramento, a drastic action that no other major city in California has taken. The City Council needs to think carefully before voluntarily surrendering the City’s zoning authority over second dwelling development to the State legislature.

No one in this city who has invested in a home in a single family neighborhood would want to wake up and look next door to find a 1,200 square feet, three bedroom, two bathroom, two-story, full sized home under construction and crammed onto a lot zoned for a single family home.

The Council will vote on the repeal ordinance at its meeting on Tuesday, August 23. Information about the meeting can be found HERE.

CityWatch readers should contact their City Councilmembers in advance of Tuesday’s vote and demand that the existing protections for second dwellings stay in place.

(Carlyle Hall is an environmental and land use lawyer in Los Angeles who founded the Center for Law in the Public Interest and litigated the well-known AB 283 litigation, in which the Superior Court ordered the City to rezone about one third of the properties within its territorial boundaries (an area the size of Chicago) to bring them into consistency with its 35 community plans. He also co-founded LA Neighbors in Action, which has recently been litigating with the City over its second dwelling unit policies and practices. Prepped for CityWatch by Linda Abrams.)