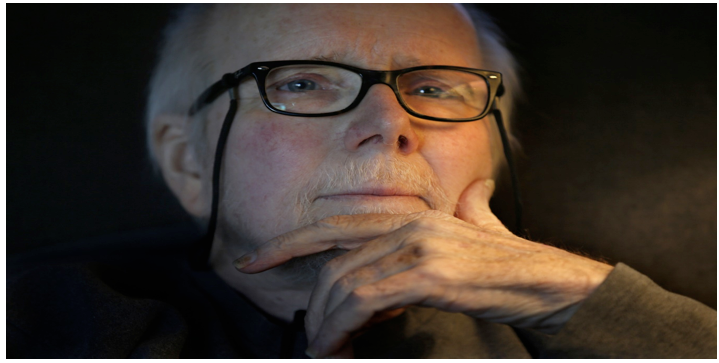 I had the privilege of sitting down with Scott for the last time a couple of weeks ago. He was troubled not to have written his education homily the week before. He didn’t call it that, but it’s not far off. For years, district officials and parents religiously read Scott’s blog, 4LAkids, every Sunday. Board President Steve Zimmer and Superintendent Michelle King called Scott “the conscience of the district.” Steve said Scott had the ability to see when the emperor had no clothes.

In this era when so many people have found ways to make money off of public education, Scott gave two decades of unpaid public service.  He was part watchdog, part caretaker. He criticized because he cared -- and he showed great care. His blog was a mix of notes from the many, many meetings he attended, chatter heard-around-the-water-cooler. Scott’s broad educational and cultural references were infused with his wit and intelligence. He had majored in political science in the 60s. If there were song lyrics that fit a situation, Scott included them. When we read Scott’s blog, we understood both LAUSD and the world better. And, with important exceptions, we usually forgave both.

Scott had called me, hoping I could listen to his thoughts on the week’s education happenings and put them into a blog post. I was operating on hope, too, not only because of my deep admiration for him, but because of my awareness -- growing by the day -- that he was running out of time. He had decided to discontinue cancer treatments, saying he had chosen quality over quantity. But he quibbled about the quality part.

Scott gave this post its title. He had so much left to say and do, and we would all be better for his having said and done it. If I could help in any way, I was going to try.

So I sat and talked with him for a couple of hours while the Republican National Convention played on the TV in his living room.

Here is part of what he said between long pauses:

The process to put these together does not make it easy to narrate or dictate or any of those kinds of “-tates.”

I would love to be able to turn over a handful of my notes and have you make it whatever you will. The reality is I can never read my notes 24 hours later, and I don’t even know what I meant. I can read and toss ideas. My mind wanders completely. I love where it wanders. And now morphine makes all these new words.

I guess I could do like Melania Trump and find something that’s pretty damn good and use it. I could probably get away with it longer than she did.

But our campaign is education, and plagiarism is somewhere along with our sworn enemies. The Trump campaign, on the other hand, has storm-trooped -- not tiptoed -- through the tulips, and created its own reality. It’s born from reality TV -- and there is neither in either.

All of us let it go THIS FAR.

That the one little boy on the street corner didn’t point out that this particular emperor had no clothes.

Speaking of clothes, now for a subject that’s neither near nor dear, but very close to me.

I was reading somewhere -- I think it came out over the gender identification discussion. It was about the signs on the restroom doors. Somebody was commenting about how the color pink had not always been identified with girls.

The haberdashery industry in the UK was all fixated with boys and girls, the ones the Dickens kids were aspiring to be. And so, in stories, if you were selling layettes, you sold pink ones to girls and blue ones to boys.

Amusing. Not the end of the world.

But I’m coming from a different end of the market.

The female ones are pink. Why are we not surprised?

But the male ones? I guess, my gender, in my day and age, blue doesn’t quite go with the GI Joe image. They’re green—Army Man green.

It had taken Scott over a half hour to say that much. And he was drifting in and out. Then he said:

I did a really bad job of downloading what went on in public education this week. There’s so much fun to be had, and not enough time, and way too much explanation about Gülen. You and I both know that all charter schools aren’t Gülen schools. But it’s our government money, meant to educate our children.

Scott had picked different people to take over what he’d be leaving behind. Rachel on the Bond Oversight Committee, Franny needling from the inside, me blogging. It says something that it takes three of us to do what Scott did, and those are the three I know about. I can’t speak for Rachel and Franny, but I can’t imagine I’ll live up to Scott’s example. The striving will make a difference though. So I will try.

Late last week I heard Scott was nearing the end, and that he was worried. I called him the day before he died. I said, “Scott, you’ve done enough. We’ll take it from here.”

Then, always thinking of others, Scott instructed, “Karen, take care of those who need our care.”

So I will try.