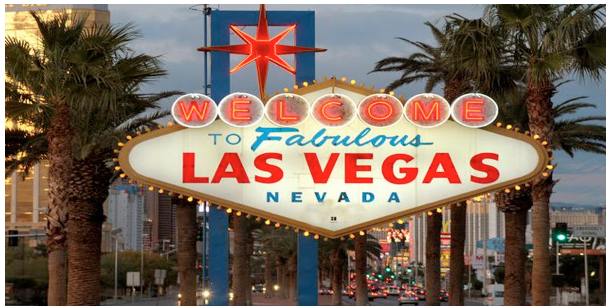 PERSPECTIVE-As reported by the Los Angeles Times, PricewaterhouseCoopers (PwC) faces allegations of billing fraud. Unlike the earlier version of the complaint filed by the City where it accused the firm of botching the implementation of the DWP’s new billing system, this latest motion has the potential for criminal charges if there is compelling evidence of a deliberate attempt to deceive.

Most of you have probably read the article. It was reported that a number of contractors involved in the project inflated billable hours to cover the cost of some serious partying in Las Vegas, with the knowledge and approval of the billing project’s PwC partner and managers. See the DWP press release at the bottom of this post.

I am assuming it was a whistleblower who disclosed the alleged fraud, although other means of discovery could have been in play.

The outcome of the lawsuit could go any number of ways, but one needs to bifurcate the overall case. The initial complaint was mainly over performance, although DWP also claimed PwC misrepresented its expertise in implementing comparable billing systems. Overall, this aspect of the case is civil.

So let’s focus on the latest motion.

Knowingly presenting falsified invoices to a government entity is serious business, more so when done by a firm required to serve the interests of the public. There could be an element of criminal intent.

The AICPA defines the accounting profession’s public as consisting of clients, credit grantors, governments, employers, investors, the business and financial community, and others who rely on the objectivity and integrity of CPAs to maintain the orderly function of commerce. Every action taken by the CPA should work towards serving the public interest.

If this latest claim arose from whistleblowers’ information, it will get down to their credibility. I would think there would have to be corroborating evidence to justify a criminal action.

The most difficult challenge for the City will be proving that the cost of the extra-curricular activities in Las Vegas were actually billed. It is one thing for a manager to suggest an unethical action (perhaps under the influence of alcohol), and quite another to actually pull the trigger. Regardless, at a minimum it would probably be viewed as unprofessional conduct by the State Board of Accountancy even if the expenses were not passed through.

The original contract for the system was for $57 million and grew to $69 million. Is there at least a tenuous trail that could connect the specific hours spent partying as a very small piece of the $12 million increase? That would be like looking for a needle in a haystack.

Are there progress billings with hours traceable to the dates and times of the activities in question? Hard to conceive that would be the case.

There may be no smoking gun with fingerprints.

A civil decision in favor of the City or a settlement would make it a reportable event to the Board of Accountancy. PwC would be sanctioned in a manner which could make it difficult for the firm to engage in consulting services with governments in California, and maybe even Nevada. Clouding the prospects for a favorable outcome for the City would be the DWP’s role in the system’s disastrous rollout.

According to Daniel J. Thomasch, PwC’s outside counsel, “the DWP acknowledged in writing …that PwC fulfilled each one of its contractual obligations and paid PwC in full.”

An audit conducted by the State of California concluded, “The department’s executive management was well aware of the significant problems associated with (the system) and yet made the questionable decision to launch.”

PwC was awarded the contract in the summer of 2010, the go-live date for the project was September 2013. There was plenty of time in between for DWP to smoke out potential trouble and cause PwC to modify its approach. All major system projects involve a constant flow of information and feedback between the developer and the client. Did DWP consistently approve the results of tests? Did its employees even bother to look?

If it was the intent of DWP to place 100% confidence in PwC – or any contractor – to develop a critical system, that is the essence of naivete, not to mention dereliction.

There was a contract with a division of Ernst and Young for quality assurance. The State Auditor reported: DWP was “warned that no aspect of the project was ready; in fact, the quality assurance expert reported that the project’s scope, quality, and schedule were all at the lowest possible rating and needed immediate attention.”

It would appear, then, that regardless of PwC’s actions or errors, DWP was equally reckless and incompetent throughout the duration of the project, as well as in its decision to go live.

With so much at stake for both sides, the case will be lengthy and expensive.

One nagging question: what action has been taken against any DWP employees whose responsibilities included oversight?

LOS ANGELES — Earlier today, the Los Angeles City Attorney, on behalf of the City of Los Angeles and the Los Angeles Department of Water and Power (LADWP), filed a motion in LA Superior Court seeking permission to file an Amended Complaint detailing an alleged fraudulent conspiracy operated by PriceWaterhouse Coopers, LLP (PwC) and several of its senior managers. The alleged conspiracy was recently discovered through an ongoing investigation into PwC’s role as the primary contractor implementing LADWP’s Customer Care and Billing System (CC&B). This legal action, which seeks to recover tens of thousands of dollars in ratepayer funds that were illegally obtained by PwC through its fraudulent conspiracy, is in addition to the charges of fraudulent inducement and breach of contract included in litigation initially filed by City Attorney Mike Feuer on behalf of the City and LADWP in March 2015.

The alleged conspiracy detailed in the court papers filed today consisted of PwC and several senior-ranking PwC Managers, including the PwC Partner-in-Charge of the CC&B System implementation project for LADWP, engaging in a three-year long conspiracy to defraud the City of Los Angeles and the LADWP by repeatedly submitting intentionally falsified PwC time records in a manner not able to be detected by LADWP to obtain payments for work that PwC never performed from 2011 through at least 2013. The alleged fraudulent conspiracy is detailed in the court filing and includes payments authorized by PwC and its senior managers to reimburse their subcontractor for payments made for the services of escorts and prostitutes, lavish hotel stays, two bachelor parties and thousands of dollars for “bottle service” liquor at Las Vegas hotels and clubs in July 2011 and May 2013.

After learning of the alleged fraudulent conspiracy, the Board of Water and Power Commissioners directed LADWP Executive Management to pursue all appropriate remedies, up to and including the possibility of debarment, which if initiated could result in PwC being debarred as a government contractor for the LADWP for a maximum period of five (5) years.

“PriceWaterhouse Coopers not only misrepresented their qualifications and delivered a disastrously flawed billing system to LADWP, but based on the allegations in the court filing made today, they did so while violating the public trust and engaging in reprehensible and potentially criminal conduct. Even worse is the fact that the alleged fraudulent scheme was carried out by the PwC Partner-In-Charge and PwC’s Senior Managers working on the billing system project. Their alleged conduct is outrageous and our customers deserve to be repaid every dollar that the flawed billing system and fraudulent billings have cost them,” said General Manager Edwards.

In March 2015, the City and LADWP filed a civil lawsuit against PwC. The Complaint in the lawsuit alleges that PwC fraudulently induced the City and LADWP to enter into a contract to replace the LADWP’s Customer Information System (the “CISCON Contract”) and, after having been awarded the CISCON Contract, that PwC breached the terms of the CISCON Contract by failing to successfully perform several of the tasks that PwC was contractually required to perform. As a result, LADWP was unable to properly bill many of its customers, leading to widespread problems experienced by LADWP customers and costs borne by ratepayers to fix the billing system after it went live in September 2013.

PwC’s defective implementation of the LADWP’s CC&B Billing System caused a nightmare for hundreds of thousands of LADWP customers and its employees as LADWP managed the fallout from this defective implementation. While LADWP has made tremendous progress in lowering call hold times and in remediating the defectively implemented CC&B Billing System that PwC delivered, the LADWP has also continued its investigation into PwC’s misconduct in connection with the lawsuit.

NOTE: The motion and amended complaint will be posted on http://www.ladwpnews.com under Hot Topics when available from the Court.