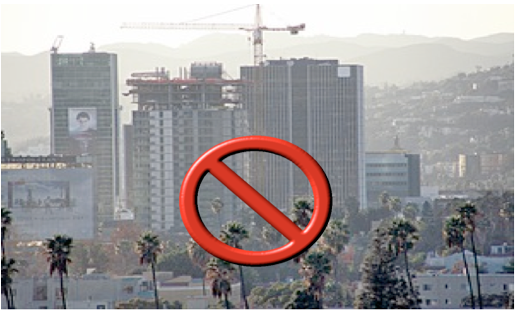 DEEGAN ON LA-- Citing “an overcrowded November election with a least 20 ballot measures” the Coalition to Preserve LA has announced that they are pushing back their Neighborhood Integrity Initiative from November to the Spring 2017 City election. Campaign Director Jill Stewart and AIDS Healthcare Foundation President Michael Weinstein jointly presented their new plans at a media conference on the steps of City Hall Tuesday morning.

“We are going to shift gears”, said Weinstein. “The November ballot is very crowded, with many state issues and the Presidential race. The Neighborhood Integrity Initiative is a city issue, better suited for a city election, which we will have in March 2017”.

The Mayor and some city councilmembers will also be on the same ballot, and that will help amplify the debate, and extend the conversation about development in Los Angeles. It will also force politicos hoping to hold onto their seats into making a public declaration how they stand on development, and identifying which developers are helping to finance their campaigns. This will be a unique and an unexpected benefit of the change in ballot dates.

With this shift to the Spring City election, anti-development candidates interested in running may have an opening in contested districts to attract attention to themselves in stark contrast to many incumbents that have benefitted from their linkage to developers. This is a strategy that helped to get David Ryu (CD4) elected.

An unhappy-with-development electorate may be expected to be enthusiastically against any politico running for reelection that does not favor some sort of review and roll back of the out of control building schemes that are dwarfing LA’s residential neighborhoods and robbing them of their character.

Stewart added that they have resubmitted a petition to the City Clerk that is now “Eight pages … down from 23 … which makes it easier for the public to understand when being asked to sign and support the Neighborhood Integrity Initiative”.

While stressing that “90% of the goals remain the same”, Stewart revealed that “One change is if a project is 100% affordable housing, it would be allowed to go forward during the moratorium in most cases."

The reschedule, from the November to the Spring 2017 election, will allow for better understanding and greater buy-in of the Neighborhood Integrity Initiative, a ballot measure that makes City Hall:

Once approved by for circulation by the City Clerk, the Neighborhood Integrity Initiative will need 61,486 signatures by the end of August to qualify for the Spring 2017 City election.

(Tim Deegan is a long-time resident and community leader in the Miracle Mile, who has served as board chair at the Mid City West Community Council and on the board of the Miracle Mile Civic Coalition. Tim can be reached at [email protected].)