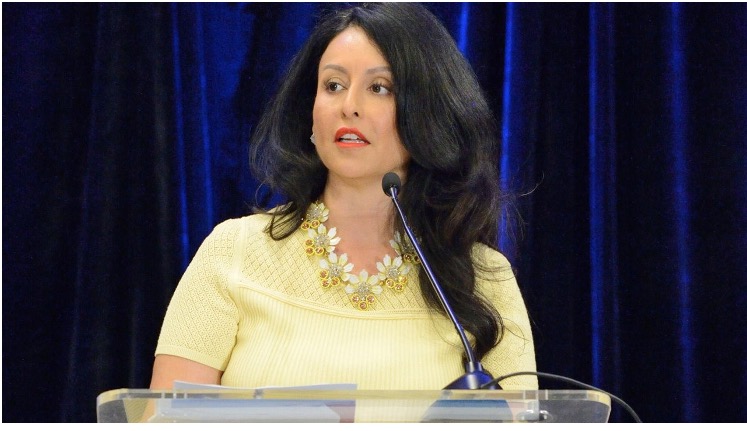 CD 10 FILE - In February of this year I wrote for this publication an article entitled “Nury Martinez’ Power Grab on The Backs of South LA Residents Must Be Stopped.”

After months of observing this entire CD10 saga unfold, it’s time to look more closely at the agendas in play.  First, we begin with Council President Martinez.

Within the span of just a few weeks, two City Council members have questioned the motives of stakeholders involved in what the Los Angeles Times called a “mess” and KBLA Talk Radio host Tavis Smiley calls a “hot mess.” Some might simply call it a “tragic clown show.”

The “mess” referred to was created by Nury Martinez. It started with the October 2021 suspension of Councilmember Mark Ridley-Thomas (MR-T) less than a week after federal prosecutors announced a grand jury indictment for alleged criminal wrongdoing while he served on the County Board of Supervisors in 2017-18.

Shortly after disenfranchising CD10 voters by suspending MR-T, Martinez named Ridley-Thomas’ chief of staff, who had worked for him since 2008, as non-voting “caretaker”.

After successfully removing Ridley-Thomas and nullifying the November 2020 election results just weeks before the Council’s all important decennial redistricting vote, Martinez declared the seat “temporarily vacant” in January 2022. The next month, Martinez appointed her mentor and a known ally, former CD10 Councilmember Herb Wesson to fill the seat her Council President leadership created. The process was secretive; input from District constituents, selective.

It turns out her choice probably violated the City Charter’s term limit provisions.

In her haste to secure another vote for herself, she controversially wouldn’t permit the Council to obtain a legal opinion regarding Wesson’s eligibility from the City Attorney before the vote to confirm him. Instead, Martinez led opposition to a one week long continuance of the motion appointing him.  Two days later a Superior court judge issued temporary restraining order (TRO)  barring Wesson from serving.

The judge found that the CD10 voters who filed suit would likely prevail in their court challenge of Wesson’s eligibility.

Continuing the quest to secure her personal choice for CD10, the City demanded that the CD10 plaintiffs obtain permission from the California Attorney General and be granted standing to sue the City through an obscure process known as quo warranto. The procedural delay granted by the Court in March allowed Wesson to occupy the seat. His first act was to fire both the “Caretaker” and deputy chief of staff, without meeting with either of them to discuss the status of office operations, personnel, budget priorities or plans.

Some would call Wesson’s first act irresponsible, strangely self-destructive and clear disrespect of District 10 residents. In my opinion, the staffers he fired provided continuity, respect and a level of professionalism that was often absent during the 15 long years Herb Wesson ran the 10th District.

In early July, the Attorney General granted plaintiffs court standing. The AG found that substantial questions of law were in the public interest to pursue.  The plaintiffs returned to court and promptly obtained another temporary restraining order barring Wesson from serving.

In response to the second TRO, Martinez berated my fellow residents of the 10th District who rightly challenged the legality of the council’s action for their insistence on adherence to the rule of law. She openly questioned the agenda of SCLC, the iconic civil rights organization founded by MLK. She called SCLC’s insistence on enforcement of the Charter — LA’s “constitution” — and resort to the courts to uphold its the voter enacted provisions “suspect.”

She accused the organization of seeking to keep the 250,000 CD10 voters without representation on the Council rather than giving them more say in who will “represent” them following her ill-advised decision to nullify the November 2020 election results. Ridley-Thomas’ leadership and effectiveness on homelessness became a constant point of contention. Removing him from his seat, denying his pay, and then replacing him with a supplicant is widely viewed as political retribution for a more informed view of addressing the homeless crisis in Los Angeles.

That message was later underscored when Wesson fired Ridley-Thomas’ top deputies. Since then, Wesson’s most consequential CD10 work has been presiding over the systematic exodus of staff associated with the elected, presumptively innocent, incumbent Councilmember. Wesson’s action harmed the district by disrupting the continuity of service and care for CD10 constituents and flatly ignored the priorities of the newly elected Councilmember.

Martinez’s agenda aims to rid herself of a powerful political adversary. She blatantly uses the tools of nullification, disenfranchisement, division, selective constituent outreach, provocation and misinformation, back room dealing, purging of staff and naked political power. Her agenda is fundamentally anti-democratic and self-serving.  It makes a mockery of democratic norms and values.  It’s the L.A. variant of Trumpian politics.

The buzzsaw of opposition she is encountering may be causing her to adjust her approach.  The loss of key allies on the City Council, widespread blame for the chaotic “mess” she’s created as punctuated in mainstream media, and the growing ire of the South Los Angeles community for her divisive, self-serving tactics may cause her to abandon her most egregious conduct.  Expeditiously resolving the pay dispute with MR-T and moving toward transparency may be in her interest if she wants to limit the damage to her reputation and retain her increasingly tenuous seat as Council President. We will see…

In my next installment, I plan to examine Paul Krekorian’s agenda.

(Bridget Gordon is a resident of Jefferson Park in Council District 10 and a contributor to CityWatch.)