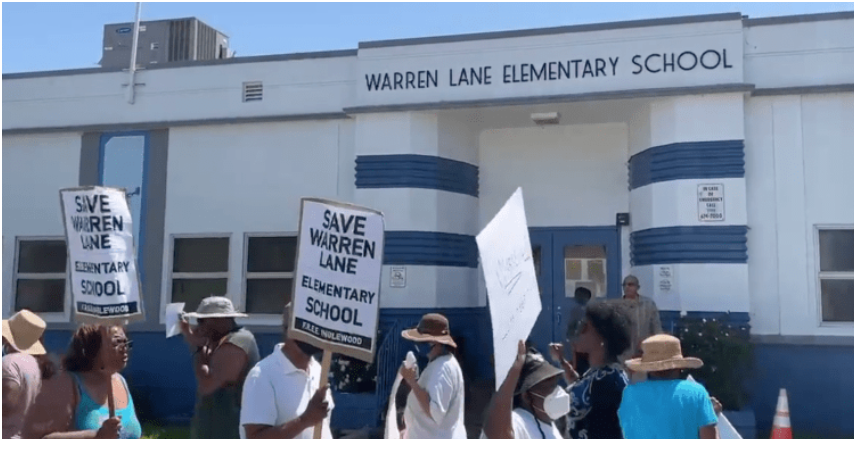 SOUTH OF THE 10 - Inglewood residents protested in front of Warren Lane Elementary School after the district decided to close it without community input.

County Administrator Erika Torres is accused of placing a school bond before voters in November 2020, to request more money to repair the schools, despite already earmarking schools for closure that was outlined in the 2021 FCMAT report.

The report also concluded that Torres didn’t utilize the pandemic to address issues as the school sites that are in disrepair.

With taxpayers pledging a combined total of $310 million, towards the schools, since 2012, residents are outraged that schools continue to be in a disarray, and are not being responsible stewards of taxpayer dollars.

The 2021 FCMAT repeatedly identifies key areas where Torres is missing the mark, yet, she continues to move towards dismantling the district, despite funds being available to address the crumbling infrastructure and her consistently ignoring recommendations outlined in the FCMAT report, particularly as it relates to special education. 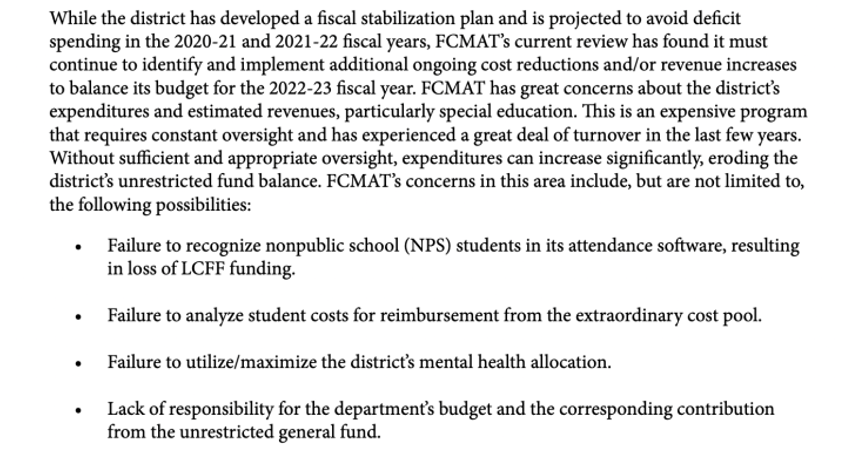 You get to the point where you have no choice but to conclude Torres isn’t doing her job in getting the district returned to local control.