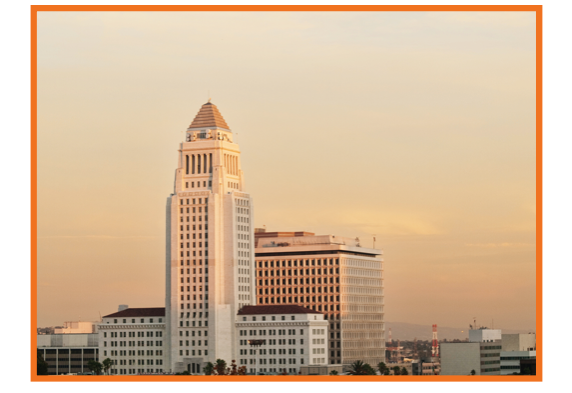 THE EASTSIDER – Of all the races on June 7th, I think the City Attorney could have the most impact on the day to day lives of Angelenos.

In recent times, however, our City Attorneys have seen fit to be insider politicians rather than the Department Head of one of the biggest public law firms in the Country.

In fact, I think you would have to go back quite a way to Burt Pines or Ira Reiner in the 1980’s to have that kind of lawyer.  Since then, from James Hahn, Rocky Delgadillo, Carmen Trutanich, and currently Mike Feuer, we have seen the increasing rise of a cabal between the Mayor, the City Attorney, and City Council President. Not to our benefit.

With that frame, let’s look at the seven brave souls who are on the ballot to become LA City Attorney in November.

Hardly a household name, I met her back in the day, somewhere in the 2000’s, as a Neighborhood Council and community advocate who kept us abreast of proposed legislation in Sacramento and City Hall. She regularly showed up at the LANCC and other community events to update us on land use issues, often legislation, especially bills or proposed bills which would favor speculators and screw Angelenos. She often went to Sacramento to try and ameliorate stupid laws by people like Scott Weiner (SF).

So, when she told me she is running for LA City Attorney, I was jazzed. Her rationale for doing this is that she thinks it’s important to have a LA City Attorney who understands the job, is independent of political winds, and is ready to run a huge law firm for the benefit of all Angelenos.

The reason I wholeheartedly support her is simple.   In running she is a Neighborhood Council person, small ‘d’ democrat, grassroots advocate, used to drawing LANCC’s diverse members into a consensus on land use issues (no small feat), effective in Sacramento helping us fight bad legislation, and made her bones in the big bucks world of Big law, at firms like Sullivan & Cronwell LLP and Paul Hastings LLP, where problem solving and the ability to get things done on time and on budget really mattered.  We would be lucky to have that kind of a lawyer working as our City Attorney.

She is not, however, winner of the political contributions race.  For that, we’ll take a look at the top contenders there, I think in order of money raised.

I’ll admit that I never heard of Faisal Gill before this race, so I did a little digging. Mostly I think he was never on my radar because he is not from around here. Up until 2007 he was a registered Republican, and ran for the Virginia House of Delegates.   In 2016 he shows up in Vermont as the Democratic Candidate for Vermont State Senate, and when he lost that race as well, he became the Interim Vermont Democratic Party Chair. He moved to LA sometime in 2019 to run for City Attorney.

One reason for his fundraising success is that, according to his website’s Endorsement page, he has the lions share of the establishment democratic party on his side:

“Faisal recently won a settlement with the City of Los Angeles in a federal civil rights lawsuit brought by a Black Hollywood music producer who fought in court to have LAPD body camera video footage made public to prove allegations he was racially profiled before his arrest.

Faisal hopes to bring his perspective as an immigrant and civil rights attorney to the office of LA City Attorney and restore trust and transparency in local government. Faisal has 6 children and lives in Los Angeles with his wife, Aimee who is also an attorney.”

He lists himself as a civil rights attorney, although he spent decades working for the Republican Party, and arguing that the 2nd Amendment protects an individual’s concealed carry of fire arms into a K-12 school. You can see it here.

He also spearheaded the unsuccessful push for a constitutional amendment against marriage equality in Virginia with particular venom:

“During a recent public forum at the Durant Center, Ebbin and Fairfax County trial attorney Faisal Gill debated the merits of the proposed amendment. Gill, who represented Virginians for Marriage and the Family Foundation, said that the purpose of the amendment is to prevent legal recognition of gay marriages from other states. Putting his money where his mouth is, Gill offered pro bono representation to any clients who claim that the amendment has imperiled their contracts, wills, inheritance or advanced medical directives.

#“I believe that marriage should be between a man and a woman,” Gill said. “Thus far, the debate over this amendment has focused on the legalities. If we want to be intellectually honest, we will have a debate about the policy issues.”

“According to documents provided by NSA whistleblower Edward Snowden, the list of Americans monitored by their own government includes:

Weird.  At the same time, this does not sound like the public persona he puts forward, and I have to wonder if the establishment democrats do any basic research on the candidates they endorse.

I never heard of Teddy Kapur either, which shows how sheltered I am from the movers and shakers on the hunt. In doing a little research, everything started to come together.

First, he’s a big time lawyer. As his firm’s blurb puts it:

Since the City of Los Angeles can’t technically go bankrupt, I couldn’t figure out why he wanted to be City Attorney.  Then, I had a ‘Eureka!’ moment; guess who is the Treasurer of the California Democratic Party?  You got it - Teddy Kapur.

I actually knew Kevin James back in the day. In a quixotic and silly moment I was going to run against Jose Huizar in 2007.  So Kevin James, who at the time was a Republican radio jockey invited me to his lair in a Glendale Tower, and we had a fine time on the show.

Not too long later I came to my senses and dropped out of the race after a campaign consultant asked if I could come up with $400,000 ‘to be competitive’. Hah!

The next time I heard about Kevin was in 2008, when Chris Matthews on Hardball sliced him and diced him over comments about President Obama going overseas.  For those so inclined, here’s the link.

The next time I saw Kevin in action, he was running against Eric Garcetti in the 2013 race for Mayor. He was still Republican, and (excuse my cynicism) I think he made a deal with the Garcetti to drop out of the race and support him against Wendy Greuel in  the runoff between them. As CBS reported the switch,

“James finished third in the March 5 primary election, followed by Councilwoman Jan Perry and former tech executive Emanuel Pleitez, both of whom have thrown their support behind Garcetti.

The attorney said he planned on supporting Garcetti because he believed the councilman would be a more "independent" mayor than City Controller Wendy Greuel, who is heavily backed by labor unions.

James finished third in the March 5 primary election, followed by Councilwoman Jan Perry and former tech executive Emanuel Pleitez, both of whom have thrown their support behind Garcetti.

The attorney said he planned on supporting Garcetti because he believed the councilman would be a more "independent" mayor than City Controller Wendy Greuel, who is heavily backed by labor unions.”

I don’t think it is a big secret that there was some quid pro, since James was then appointed to the Board of Public works, the only Board that pays.  Handsomely too, around $150,000/year. He was on the Board for 7 years,.

It seems to me that the Mayor does not hand out the five Board of Public Works seats on a whim.  As far as I know, they are the only Board which is compensated like a regular job, and I think it’s fair to assume that the trade off is that the 5 members are going to do whatever the Mayor asks.

Kevin was on the Board for 7 years, then became the Mayor’s Chief of Legislative Affairs for a year or two until filing to run for LA City Attorney. Coincidence?

Thses are a few things to consider as he runs for LA City Attorney..

I confess to know very little about Marina Torres, who is among the field running for LA City Attorney.  Her website states:

Prosecutor and first-generation Latina who worked for President Obama,Marina Torres represents the American Dream. Growing up with incarcerated family members, her personal and professional experiences have given her a greater understanding of the justice system and the important role it plays in serving the people in our community.”

The last two candidates for the office have had the same employer - the LA City Attorney.

It would appear that Richard Kim is working for the LA City Attorney’s Office as a Deputy City Attorney, and  Sherri Onica Valle Cole used to work there. In the case of Richard, I found no resume, but he has a website which you can find here.

For Sherri, I did find a resume on her website, and you can find it here.

I am not going into much detail because (a) it’s pretty hard for a Deputy City Attorney to run for office while working for Mike Feuer, and (b) it is also very hard to raise funds.

So there you have it. Three politicians, an outsider former prosecutor, and two Deputy LA City Attorneys.  And Hydee Feldstein Soto. My personal favorite in this field is clear. I enthusiastically endorse Hydee as the next City Attorney for Los Angeles, and her platform of restoring the City Attorney’s Office as an independent lawyer for all of LA City.