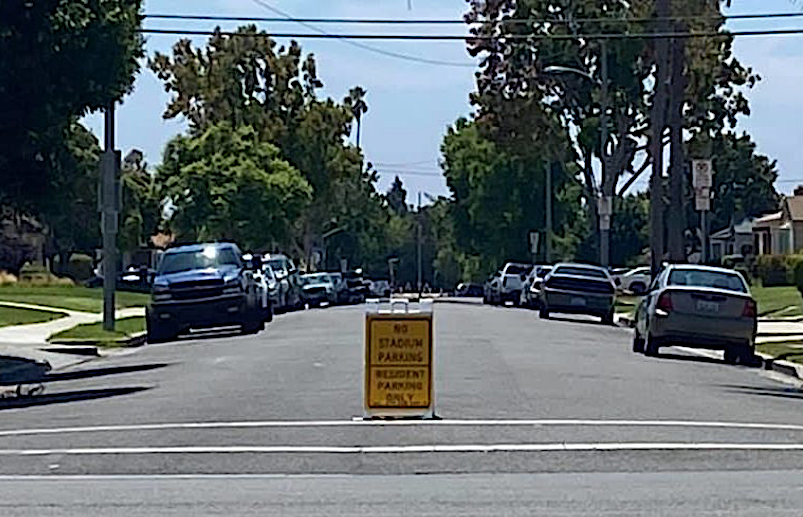 SOUTH OF THE 10 - Dear 2UrbanGirls. Mayor Butts is on KPCC right now. This gaslighter needs to be called out!

He keeps yammering about this people mover, but this is not coming for at least another 5-10 years (this info I received from someone that works for city of LA planning). The idea that you “don’t drive down Manchester or Century” on game days, affects businesses and residents AND tax revenue for the city of Inglewood.

Not to mention city of Inglewood’s antiquated zoning laws and zoning “mafia” that makes putting in small businesses nearly impossible.

I am a small business owner that wanted to put my business in Inglewood but had to opt out, and locate on the border of South LA because of a parking ordinance that is so out of date (compared to city of LA).

The issue was that I wanted to open my business in a spot on LaBrea that has been for lease for quite some time. The city says that there were not enough parking spaces for the business that I wanted to put in, however there are adequate spaces.

There are 2 other businesses in the building. One is a catering business, and the other is a recording studio which required almost no parking, plus my opening hours were opposite of the existing businesses.

Inglewood stated that I would have had to go through a re-zoning process therefore incurring a Hefty fee to do so. I spoke with other people that have tried putting businesses in Inglewood that had to deal with this same issue. I also spoke with commercial brokers that refuse to try and do business in Inglewood because of this.

I spoke directly with the head of planning department, I believe his name is Eddy, who has been manning the head position forever. The person that I know who works for planning in LA stated the Inglewood planning is rife with cronyism (not that LA isn’t). and that the head that runs it is basically making it difficult just to rack up fees.

How did SoFi Stadium get approved without adequate parking, if that is in fact a rule that prohibits small business owners from opening?

Same with that church over on Manchester and 5th Ave. No parking for the building, so they use all the neighbors parking. Residents complained, and the City let them open.

Why aren’t the rules consistent across the board?

Thank you for the work you do,