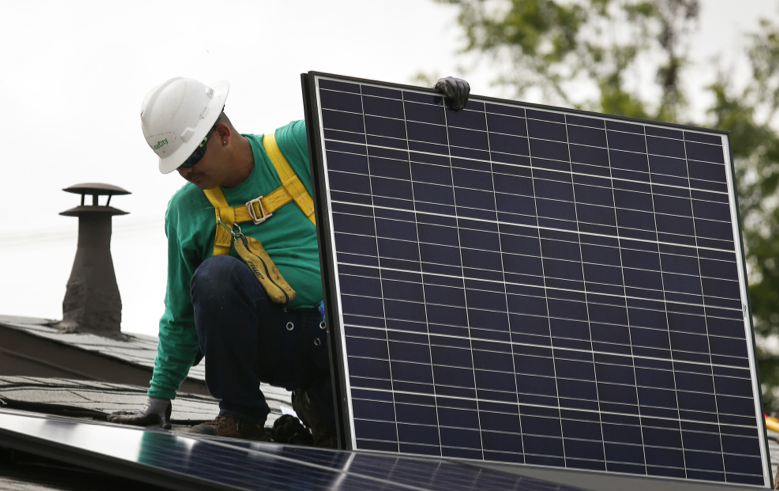 FIRST PERSON-Why is the Los Angeles Department of Water and Power (LADWP) limited by regulation as to how much residentially produced solar electricity it can buy from residential customers like you and me?

Although my house correctly configured with sufficient solar panels could produce approximately four times as much electricity as I consume -- with most of it being produced during peak commercial electricity demand hours between 10 a.m. and 3 p.m. -- LADWP is limited by regulation to only giving me a credit toward future use -- never cash.

This leaves LADWP in the position where it is forced to buy predominantly fossil fuel generated electricity on the open market at a significantly higher price than what they would have to pay to local environmentally friendly residential solar producers like myself. After contacting LADWP, the Mayor's office, and the City Council, I am no closer to getting any rational explanation for this apparent misguided policy.

The closest thing to an answer that I received from mayor's office was, "Solar energy is not dependable and that reliance on solar would not give us the fossil fuel generated reserve capability we might need at some point in the future.” In response, I pointed out that if one took the weather records for as long as they have been kept in Los Angeles and asked what was a conservative estimate as to how many days of full and partial sunlight we have received in the past, even a conservative projection of this amount of sunlight into the future would seem to justify paying for at least some local residential solar production of electricity. They said they would get back to me on this. I'm still waiting.

If we are trying to create an incentive for residential electricity users to do solar installation on their homes, wouldn't the ability to sell one's excess electric production to LADWP be an excellent motivation? This might significantly lessen our dependence on electricity produced by greenhouse gas polluting electricity sources like oil and natural gas. It is worth noting that there is also an inverse relationship between residential and business consumption and the production of electricity: residential users could generate far more electricity than they presently do under the present self-limiting system, since peak hours for such production are when most people are out of their homes at work. This would allow virtually all residential solar electric power to be put on the grid during peak industrial usage from 10 a.m. to 3 p.m. And conversely, most residential usage takes place outside peak commercial usage hours.

A further incentive for the local residential production of electricity might be the big earthquake that all agree we are long overdue for. The relatively recent Northridge Earthquake and the disruption it caused should make us take note that we are now far more vulnerable in terms of electrical power than we were back in January of 1994, since a centralized electrical grid is far more susceptible to disruption than a diversified residentially produced power source.

What possible rational, as opposed to base political reasons, could there be for eliminating incentives that would increase development of decentralized residential solar electric production and its boundless potential to produce environmentally friendly electric energy? The dire reality of global warming and nuclear disasters, like the never-ending tragedy at Fukashima in Japan, are just harbingers of things to come in our not too distant future. How can our leadership continue to ignore this impending doom while carrying on business as usual?

And finally, one should be aware that LADWP is not the only culprit, when it comes to not putting all good options on the table. With a disintegrating transportation infrastructure in this country, like roads and bridges, why is it that raising the gasoline tax is proposed as the only viable solution to raising money for these long overdue repairs to our road system. Given that this country now produces a much higher percentage of the oil and gas it uses, why doesn't the law of supply and demand dictate a much lower base price for these resources of energy? This would allow the savings to be passed to the consumer in the form of long overdue repairs to the transportation infrastructure that would not have to be funded by yet another cost to the consumer.