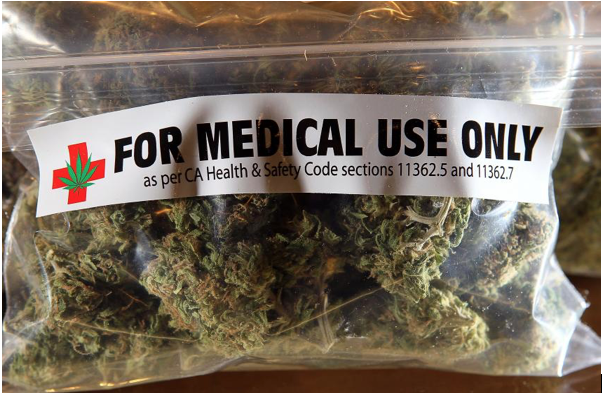 420 FILE--On Wednesday, the CA Assembly Labor and Employment Committee approved a bill to end employment discrimination against workers who use medical cannabis to treat a disability or medical condition.

The Medical Cannabis Worker Protections Act, AB 2069 by Asm. Rob Bonta (Oakland), would treat medical cannabis in the same way that current law treats prescription opiates and other drugs, by according it “reasonable accommodation” under the state Fair Employment and Housing Act. The bill exempts employers who are subject to federal regulations, such as the transportation industry, and further disallows any impairment on the job during hours of employment.

Under present FEHA law, employees who use opiates and other prescription drugs—but not medical cannabis—may ask to be excused from positive drug tests if their employer determines that such use doesn’t impair workplace safety or the ability to do their job.  As a result, many workers are allowed to use RX opiates, tranquilizers, sleeping aids, and other drugs, but are not free to use medical cannabis, even though it is safer, less addictive and often more effective.

AB 2069 is cosponsored by California NORML, the United Food and Commercial Workers (UFCW), and Service Employees International Union (SEIU), all of whom have heard innumerable complaints from workers who have been fired or denied jobs due to medical cannabis use despite an excellent employment record.  Other supporters include AFSCME (American Federation of State, County and Municipal Employees), CELA (California Employment Lawyers Association), BALIF (Bay Area Lawyers for Individual Freedom), CCBA (The California Conference of Bar Assns.), the Hispanic and Black chambers of commerce, CMG Caliva, Supernova Woman, Americans for Safe Access, and the Drug Policy Alliance.

In presenting the bill, Asm. Bonta noted that twelve other states already have laws protecting workers’ rights to medical cannabis.  “California is often on the cutting edge. Here we’re not,” he remarked.  AB 2069 would reverse a California Supreme Court ruling, Ross v RagingWire, which determined that  Prop 215 does not protect employment rights. In 2008, the legislature passed a bill by then-Asm. Mark Leno to reverse the decision, but it was vetoed by Gov. Schwarzenegger.

Testifying in favor of AB 2069,  labor attorney Alan Crowley noted that FEHA’s “reasonable accommodation” provisions give employers wide latitude to disallow drug use that would impair workplace safety.  Workers are obliged to notify their employers of their drug use beforehand in order to qualify for “reasonable accommodation,” and even then employers can decide that such use makes them unfit for the job.

Veterans' advocate and medical cannabis patient Ryan Miller testified about how he had been locked into a low-level blue collar job because of drug testing after he returned home from military service, and urged the committee to pass AB 2069 “if it is serious about economic empowerment of vets.”

Opponents of the bill were led by the Chamber of Commerce and other employers, who worried about exposure to liability and workplace safety.  The Chamber thanked Asm. Bonta for responding with amendments improving the bill,  but remained in opposition to the present vesrion.  The Chamber was joined in opposition by the CA Building and Construction Trades Council, which asked for their industry to be exempted from the bill on account of safety concerns.

Asm. Bonta promised to keep working with the Chamber and construction trades to iron out problems in the bill if it passed out of committee.

Also testifying against AB 2069 was a representative from Quest Diagnostics, a leading drug testing firm, who mendaciously claimed that medical marijuana is “addictive,” that it shouldn’t be equated with opiates, and that its use caused a noticeable increase in workplace injuries.  A recent exhaustive report by the National Academy of Sciences found no good evidence that cannabis use in general is a cause of occupational injuries—let alone the use of cannabis specifically for medical purposes. The 15 safest states with fewest workplace fatalities (including California at  #5), have legal medical marijuana;  13 of the bottom 15 prohibit it.

Opponents focused on the lack of a definitive test for cannabis impairment. Bonta noted that no such tests exist for opiates or other legal drugs, with the sole exception of alcohol. Many employers currently rely on urine tests, which don’t relate to impairment because they don’t measure marijuana’s active component THC, but rather inactive urine metabolites that reside in the system for days and weeks. Advocates say that employers would be better served by computer-based performance tests that can detect actual impairment from drugs or other causes. Alternatively, as part of the “reasonable accommodation” process, they recommend blood or oral fluid tests, which detect recent active THC for a few hours after use, making them a good indicator of whether workers have used on the job, which is forbidden by AB 2069.

Committee members voiced concerns about the bill before voting to approve it on the recommendation of Committee Chair Tony Thurmond (Richmond) with the understanding that Asm. Bonta would continue to work with opponents.  Thurmond admitted "some discomfort over the safety issue,” but said it "must be balanced with accommodation.”  “This not a simple issue,” commented Asm. Ash Kalra (San Jose), “But does cannabis have medical benefits?  It does.”   “This is not black and white, it’s gray,” agreed Asm. Kevin McCarty (Sacramento), who asked for more information about states with similar laws. Asm. Lorena Gonzalez Fletcher (San Diego) said she “agreed with both sides,” but would like to hear more from the construction trade unions.  Asm. Melissa Melendez (Lake Elsinore) said she couldn’t vote one way or another, because the bill “wasn’t cooked yet.”  Asm. Reggie Jones-Sawyer (L.A.), noted that cannabis regulation had taken a long time to develop and that he wanted the bill “fully baked,” provoking laughs in the room.  The final committee vote was 5-1-1, with Republican vice-chair Heath Flora (Modesto) the only “No” vote and Melendez abstaining.

AB 2069 next heads to the Assembly floor, where it can be further amended and voted on.

(Dale Giegringer writes for and posts at CA Normal  … where this piece was first posted.)