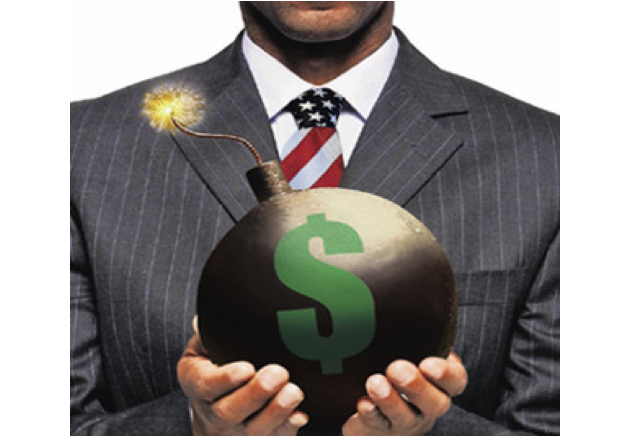 LA WATCHDOG--The Fire and Police Pension System had an unfunded liability of $3.3 billion in 2016.  So why did Mayor Eric Garcetti and the other four members of the Executive Employees Relations Committee (Councilmen Wesson, Englander, Kerkorian, and Koretz) make a decision behind closed doors in February of 2016 to ignore the recommendations of Miguel Santana, the City Administrative Officer, to terminate the very expensive Deferred Retirement Option Plan (“DROP”) that had cost the Pension System $1.6 billion since its inception in 2001?

Under DROP, long time employees of the Police and Fire Departments are able to “retire” early, stay on the job for five years at full pay, and at the same time, collect their pensions.  While 76% of the voters approved the ballot measure in 2001, they were told that this plan was “cost neutral.”  But this claim was a complete fabrication of the City Hall spinmeisters.  How could this plan be “cost neutral” when participants are “double dipping,” collecting full pay and a generous pension at the same time?

If the Fire and Police Pension Plans had retained the $1.6 billion paid out since the inception of the not so “cost neutral” program, today’s unfunded liability would have been cut in half, from $3.1 billion (87% funded) to $1.5 billion (94% funded).

This situation was only made worse in February when the Los Angeles Times disclosed in an excellent piece of investigative reporting that almost half of the participants in this plan took disability leaves, causing former mayor Richard Riordan to label the plan as a “total fraud.”

This outrage was only made worse in March when the Times disclosed that in February of 2016, the Executive Employee Retirement Committee ignored the secret report by Miguel Santana that claimed the program “is not and has never been cost neutral” and that the plan should be eliminated.

But the excuses that Garcetti and Councilmen Englander and Koretz gave to the Times are priceless.

Garcetti “feared the underlying data might have been unreliable” while Englander said that the “methodology of the report and its conclusions were questionable."  And pension expert Paul Koretz called Miguel Santana’s presentation “half baked” and “not that compelling,” saying he often ignored suggestions from Santana as he “wasn’t a particularly pro-labor CAO.”

Of course, these politicians claim that generous campaign contributions from the police and firefighter’s unions did not influence their decision to ignore the Santana report.  And if you believe that, we have some bridges for sale.

On the other hand, I have found Santana’s work to be excellent based on having read at least 100 reports prepared by Santana and his office over his 7-year tenure.  While I did not always agree with Santana’s conclusions, his reports were always well written and balanced coupled with superb analytics.

The comments by Garcetti, Englander, and Koretz are cheap shots, especially since the now departed Santana was instrumental in helping the City weather the recession and in establishing sound, common sense budgetary policies such as the establishment of the Reserve Fund and the use of one-time revenues for one-time expenditures, not continuing programs.

As a first step, Mayor Garcetti and City Council President Herb Wesson should release the secret report on the Deferred Retirement Option Plan that was prepared by the City Administrative Officer in 2016.

The City Council needs to authorize the CAO to follow through in a timely manner on the motion (ironically filed by Englander, Wesson, Koretz, and Krekorian, the four culprits who, along with Garcetti, were responsible for deep sixing Santana’s report) which calls for an update on the current status of the DROP program.

The City Council should also implement the recommendation of the LA 2020 Commission to establish a Commission on Retirement Security to review the City’s retirement obligations so that Angelenos will have an accurate understanding of the City’s two pension plans.  By the way, this recommendation was endorsed publicly by City Council President Wesson at the April 2014 press conference where the LA 2020 Commission released its report, A Time for Action.

How concerned is the Executive Employee Relations Committee (Garcetti, Wesson, Englander, Krekorian, and Koretz) about the Deferred Retirement Option Plan?  On February 23, these fiscally irresponsible elected officials approved a one-year contract for the cops that called for a budget busting raise of 5%.  But nothing about DROP.  Of course, these upwardly mobile politicians were not influenced by any campaign contributions.