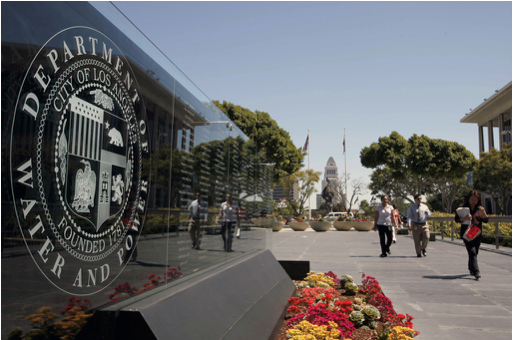 Today’s release is the first time that this information has ever been made available to the public, which was provided to Transparent California in response to multiple records requests spanning nearly 3 years.

With an aggregate cost equal to 50 percent of employee pay, the DWP retirement plan is one of the most expensive nationwide — with this year’s annual cost estimated at $465 million, according to the plan’s most recent actuarial valuation.

In other words, for every $100 in payroll, the DWP must spend an additional $50 on retirement costs.

Former DWP electrical engineering associate Nevenka Ubavich’s $363,061 annual pension was the largest of any DWP retiree and the 3rd largest of the over 500,000 public pension payouts surveyed statewide. After Ubavich, the next four largest DWP pensions went to:

The average pension for a full-career DWP retiree was $72,643.

In addition to receiving fully-paid medical benefits while working, most DWP workers also receive healthcare benefits in retirement. When those costs are included, the average pension and benefits package for a full-career DWP retiree was $84,811.

Former DWP audio-visual technician Thatcus Richard — who was recently sentenced to five years in state prison after pleading no contest to nine felony counts of embezzlement — received $67,688 in pension and health benefits last year, according to the data.

“While it is not uncommon for California public workers to receive dramatically richer retirement benefits than the taxpayers who must fund them, DWP workers are unique because every component of their compensation is so far above their private sector peers.”

This gap increased to 155 percent after accounting for the DWP’s atypically generous health and retirement benefits. Of course, DWP employees also receive significantly greater levels of job security and favorable overtime pay provisions that would increase this disparity further.

The study estimated that the DWP could save nearly $400 million annually by reducing pay to market levels.

LADWP RESPONDED TO THE TRANSPARENT CALIFORNIA PENSION SYSTEM REPORT CALLING IT ‘MISLEADING’. READ THEIR RESPONSE AND THEIR REPORT HERE.

A city-commissioned study also found that the DWP’s payroll costs — on both a per-customer basis and as a percentage of total assets — were among the highest of the comparable utility companies surveyed.

Lowering the DWP’s payroll to the median level of the utility companies surveyed in that study would reduce costs by roughly $320 million a year.

The recent contract that provides DWP employees with a significant pay raise over the next five years highlights the importance of transparency, according to Fellner.

“Far too often taxpayers are provided misleading or incomplete information regarding the compensation costs that they are required to pay for. By providing complete and accurate pay data, Transparent California empowers the public with the information necessary to make informed decisions.”

To view the entire dataset in a searchable and downloadable format, please visit TransparentCalifornia.com — the state’s largest and most accurate public pay and pension database.

To schedule an interview with Transparent California, please contact Robert Fellner at 559-462-0122 or [email protected]