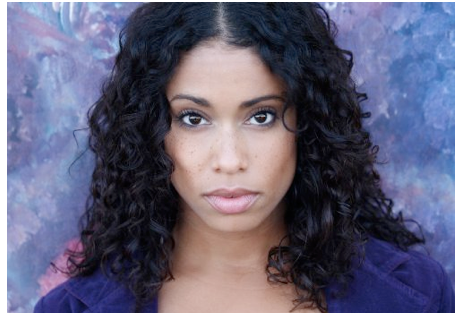 GELFAND’S WORLD--In the Hollywood Fringe festival as in other parts of life, we wander along, ignoring the mediocre, enjoying the pretty good, and hoping to find that diamond in the rough that is effective and affecting. I think we've got one here.

Mary's Medicine is authored by Matthew S. Robinson, a young man who has an academic career in performance technology and an interest in writing and directing. He ran across the bust of Mary Seacole at the Getty Center, which inspired him to study the autobiography of this remarkable (and somewhat controversial) woman. He chose to make the story into a stage play which is now running at the Hollywood Fringe festival.

Mary Seacole, born Mary Jane Grant, was the Jamaican born child of a free Jamaican woman and a Scottish officer. Her mixed race parentage and ancestry resulted in a considerably darker complexion than the Europeans and Americans she was to encounter throughout life and business. She was to suffer the challenges and difficulties that faced any person of mixed blood in the white world of the 19th century.

She did, however, have a particular advantage in her dealings with the world. She had been educated in the herbal medicine traditions of her island and applied them to victims of the all-too-prevalent cholera epidemics of the time. In this way, at least according to story and legend, she combined the skills of running a hotel with her ability to nurse the sick and thereby built a name for herself among the cured.

Matthew Robinson, taking a certain amount of dramatic license, builds Mary's story, presenting her as a person of superior aptitude and fortitude who is, nevertheless, forced to endure discrimination and rejection. It would be a test of character and will for any person.

Amy Argyle plays Mary Seacole. It's a substantial boost for a Fringe production to have a professional actress with artistic chops. Argyle brings Seacole to life, presenting her firstly as a woman who is capable of delivering a sarcastic nod in the face of stupidity (or American racism) yet someone who is equally adept at delivering compassionate care to the sick.

The play follows Mary Seacole's real life career through Jamaica and Panama, where she sold food and cared for the ill. Then her life (and the play) take a turn. Seacole left Jamaica in the early 1850s, traveling first to England and from there to the scene of the Crimean War. Seacole met with Florence Nightingale but for whatever reason -- racism, Seacole's approach to treating the sick, or some other reason -- Seacole is not accepted into the Florence Nightingale corps of nurses. Instead, she puts together a makeshift hotel, where she serves food and alcohol to British officers and uses the proceeds to cover the costs of nursing wounded enlisted men back to health. How accurate this story is historically must be left for Crimean War experts, but as drama it works.

Argyle has managed to create a character of strength and obvious passion without overplaying the part. It is easy to imagine how this role (or the writing) could be overdone. We've all seen how screaming and yelling can subtract more than it adds. Nuance works better. It's more demanding in the acting and directing, but ultimately more satisfying to build the character and deal with conflict using expression and inflection.

Argyle and other cast members deliver some of the play's best lines in the form of politely sarcastic asides. I think that in a play which intends for the audience to finish in tears of joy, it is a useful approach to modulate the emotional ups and downs by providing a bit of humor at appropriate points. This allows for necessary turns of mood. The result is something that is less melodrama and more drama. Argyle and her co-players manage to deliver the story and the message powerfully, yet still manage to do so without screeching or moaning.

The play uses a device we've seen before in productions such as The Princess Bride. The episodes of Mary Seacole's era alternate with interludes where a couple of modern nurses have a late night chat. It is a special kind of chat, because one is complaining of a bellyache, and the other brings Ginger Ale as treatment. This inspires the expected protest from the sick one about getting some real medicine, but the Ginger-Ale bearer now has an excuse to tell the story of Mary Seacole.

Thus a bellyache of the modern era invokes a story of the horrors of cholera in a previous era. Our modern patient won't die from her upset stomach, but the amateur caregivers in the time of Seacole were stuck with doing what they could for the terribly ill. We can marvel at what we now know -- and then we can think about how much needed still to be learned in a time of ignorance, poor sanitation, and lack of modern medicines.

All in all, Mary's Medicine is a touching experience of a woman ahead of her time, forced to fight her way through racist impediments -- and to some significant extent, winning. It's not accidental how strongly this message resonated with the audience in a moment of resurgent American racism.

And yet, the storyline does not beat us over the head with the obvious. It's nice when the author is willing to attempt a message play without demonstrating contempt for the audience, and for that, this reviewer remains grateful.

As I mentioned at the outset, there is controversy over the story of Mary Seacole. This is mainly a matter of whether she was indeed a pioneering nurse who should continue to be remembered as the great Black nurse competing in our memories with the white nurse of that same era, Florence Nightingale.

The script plays with the idea of Nightingale being a fine nurse but not a very nice person, at least when it came to dark skinned people who dispensed alcohol to soldiers. I doubt that it was necessary to tear down Nightingale to further a plot point (to explain why Seacole ran a hotel and sold food on the battle field rather than working as a nurse for Nightingale). This is a minor point in a story that otherwise plays well.

By the way, Emilie Martz delivers the Florence Nightingale lines dead on. She plays it as a rather starchy woman of the Victorian era who frets endlessly about her nursing experiment looking bad.

Other performances of interest

The King's Language is the story of Korea's King Sejong. In Korean memory, he is Sejong the Great. It's interesting that westerners are not much acquainted with this man who reigned for more than 30 years, albeit during the 1400s. Sejong, played by Junesoo Ham, was noted for his great interest in reading and study, which led him to wide ranging interests in using government for rational purposes, not the least being the improvement of the lives of the peasants through improved agriculture.

One lead character named Koon is played by Zoe Kim, who introduces herself to the audience as a traditional wandering professional of the time, a story teller. She adapts to different characters over the course of the play, at one point being a condemned criminal, at another point a farmer, and ultimately returning as the storyteller intent on explaining Sejong to us moderns. In this way, she functions as the glue that holds the production together.

Victor Chi and Amy Shu play a pair of much-set-upon officials who would like to spend their lives lazily collecting taxes and now are being forced by their young king to read lots of scholarly studies and actually do some work.

For Los Angeles residents who have become accustomed to Korean language writing in the Wilshire area, this play has a story for you. In the 15th century in which this play occurs, Sejong grew frustrated with the Chinese style writing that was being used for Korean language books. As the play describes things, he realized that the common people were unlikely to learn to read and write in that form. So, as the play informs, he worked with others to develop a new form of writing. We would recognize it as an alphabetical system in which ideas are put together using only a few characters. And Angelenos can see the fruit of Sejong's genius all over town.

An unlikely find, and only costing whatever you can dig up

I was wandering down Santa Monica Blvd after a night of playgoing, when I chanced to step into The Pack Theater. Some show called Shaky Alibi was going on. It included a detective engaging in questioning suspects. It was hilarious. I'm not sure how good it's going to be the other 364 nights of the year, but The Pack is theoretically open every night for improv and standup comedy. It is located at 6470 Santa Monica Blvd. According to the host, it runs on a pay what you can basis.

Various folks I've spoken to are saying that the Fringe is having one of its best years yet. The number of shows is building from year to year, and attendance is also increasing. Sellouts are not uncommon, although venues will set up waiting lists to make use of unused reservations. I haven't seen a big musical performance yet, but in past years they have been some of the better shows.