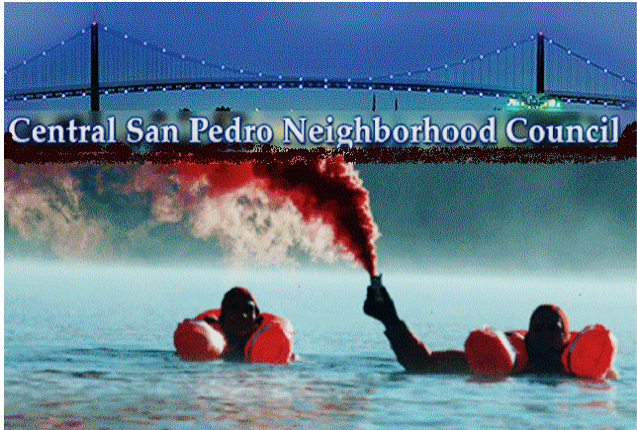 The Box DONE Come--Less than 24 hours before the most recent special meeting of the Central San Pedro Neighborhood Council on May 16, the Los Angeles Department of Neighborhood Empowerment disempowered this council by issuing a letter announcing “exhaustive efforts” and taking control over the published agenda. (See report.)

At issue were three items to which DONE took exception. All were related to the removal and replacement of council president, Mona Sutton, for cause. The cause alluded to comes from a previous meeting in which Sutton took her entire time as president to emotionally vent about allegations made about her on social media and then erroneously called for vice-president Donald Galaz’s resignation. This threw the entire meeting into pandemonium and immediately galvanized the council into factions that lost Sutton both the support of the majority of the board and respect her constituents.

Subsequently, the fervor of the opposition over her leadership has only swelled as her former supporters abandoned ship, resigned from the council or spoke out against her during the public comment period. The new majority on the neighborhood council, led by Galaz and others , set a course to replace its president and did so by legally placing items on the May 16 agenda to basically push the reset button on leadership.

Sutton and her remaining minority faction boycotted the meeting and DONE sent its “fix-it-man of action” Stephen Box to quell the situation. This not only stunned the board but enraged the constituents who attended the meeting as it appeared that DONE was protecting Sutton, who also was appointed zoning commissioner by Mayor Eric Garcetti this past year and has  the sweetheart support of Councilman Joe Buscaino.

Even though DONE’s letter claims that the bylaws give no power to remove a sitting officers, they demure to Robert’s Rules of Order, which do have specific guidelines for removal and for censuring a member of a board.

Frequent readers of this column and those following local Pedro politics will remember that Sutton rose to this leadership position with the anti-homeless uprising led by the Facebook group Saving San Pedro. The group has now lost control of Coastal San Pedro Neighborhood Council and is declining rapidly in Central even while its significance was recently touted in San Pedro Today as the face of new civic engagement.

If this is what “new civic engagement” looks like then let chaos reign. As for Mr. Box from DONE, who is reported to have taken a four-week leave, has left this smoldering pile of civic dysfunction to stew with no clear path forward.

DONE has over stepped its role in this situation claiming that Article VI, Sec. 4 of the Plan for a Citywide System of Neighborhood Councils gives them the authority to place this and 22 other neighborhood councils into “exhaustive efforts” and thusly eliminating the autonomy to act independently of DONE’s rather inept legal counsel. This is not what the framers of Los Angeles charter amendment Section 900 had in mind when neighborhood councils were created under Mayor James Hahn, which reads:

Neighborhood councils were neither conceived nor expected to be mere door mats for the city council, the mayor or any other department of the city.  They were created, as the name suggests, for “empowering” the neighborhood. They were not formed to castrate or disembowel constituents, particularly those critical of city hall!

This “exhaustive efforts” is nothing short of a political coup d’état by one city department to protect Sutton — Buscaino’s favored ally. Sutton created the animosity arrayed against her by being incapable of running a council.

All of this is good cover for Council District 15 for its failure to competently address the singular core issue of our time — homelessness and the underlying causes and cures. This is an issue for which there are solutions, but Buscaino is deaf to anyone who isn’t on board with his PR-infused visions of saving San Pedro if not himself.

You will remember Buscaino announcing his Taskforce on Homelessness just as the Central Council made an issue out of it with the “tiny homes” motion.  This was before the Los Angeles City Council even had a Homeless Committee and before Measure H or HHH were on a ballot.  And yet, after all these months, no one can tell you exactly what Buscaino’s Task Force came up with nor can anyone tell you what solutions the councilman has proposed to address the homeless crisis here in Council District 15 except for his failed attempt to place a homeless navigation center near Barton Hill Elementary School.

The real cause of the sudden explosion of homeless people onto our streets can be seen in the beautifully renovated Ken Malloy Park in Harbor City that cost a mere $111 million. Nothing was done there to address this ongoing problem nor are there any other solutions forthcoming. And, Central San Pedro neighborhood council has been effectively neutered and silenced on the subject by the city department meant to “empower” it.

As for Box’s total ineptitude at taking control of the meeting he was sent to control, all I can say is that he didn’t follow the decorum of officially convening the meeting, which led to 45 minutes of acrimony that he had no power to control and then, without consent of the council, closed the meeting and stormed out to the sidewalk.

Only after cooler heads from those on the council intervened did he consent to reconvene the meeting at which time without him actually chairing the meeting Central San Pedro’s Neighborhood Council actually accomplished the work they were elected to perform.

However, because of the curious non-resignation of board member Joanne Rallo, the plus-size beauty queen of Saving San Pedro, the actions of the council on May 16 may all be for not. It is rumored that the invisible hand of the DONE city attorney may opine that Rallo indeed resigned at the previous meeting and the actions of the sanctioned meeting controlled by Box will be deemed null and void.

This once again reaffirms my contention that when the City of Los Angeles gives neighborhoods all of the attention that they demand of the city people will regret it!

(James Preston Allen is the Publisher of Random Lengths News, the Los Angeles Harbor Area's only independent newspaper. He is also a guest columnist for the California Courts Monitor and is the author of "Silence Is Not Democracy - Don't listen to that man with the white cap - he might say something that you agree with!" He has been engaged in the civic affairs of CD 15 for more than 35 years. More of Allen…and other views and news at: randomlengthsnews.com.) Graphic credit: Random Lengths