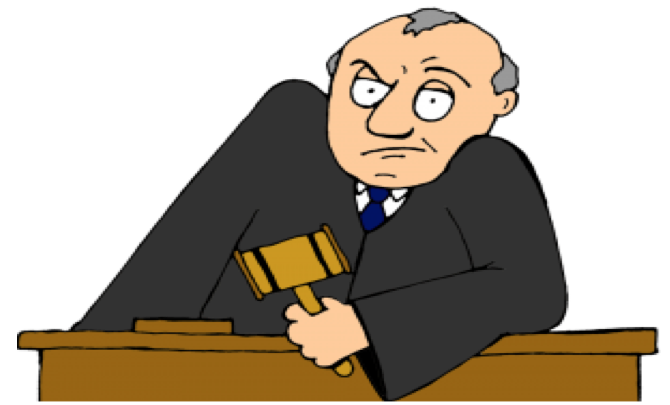 JUDICIAL CORRUPTION WATCH-As Ricky used to say to Lucy, “you’ve got a lot of splain’ to do.” So too does the California Commission on Judicial Performance.

For the years 2009 through 2015, only one judge has been removed despite nearly 11,000 complaints. As regular readers know, in 2015, the federal court’s Ninth Circuit Court of Appeals complained that due to the behavior of California judges and justices, California courts have experienced an “epidemic of misconduct.” With an increasing number of complaints, averaging about 1,200 per year, the idea that over 10,000 people could be so far off mark that only one judge’s behavior was bad enough to merit removal is hard to accept. More investigation is required.

Let’s Look at the Behavior of Some Judges over the Years.

In 2010, the attorney for a Child Custody Evaluator appeared in Family Court to obtain an order compelling the father to cooperate in the evaluation in light of the evaluator’s suspicions that the father may have questionable conduct with his teenage daughter. The judge said that he would take the matter under submission and told the evaluator’s attorney that he could leave as the court discussed other issues not concerning the child custody evaluator with the attorneys for the divorcing parents.

After the evaluator’s attorney had left, the judge spontaneously re-opened the issue raised by him and proceeded to fire him saying, it was not the evaluator’s business to delve into such matters and that he, the judge, would handle it the “old fashioned way,” i.e. the teenage girl would come to court and explain the situation to the judge.

The judge then directed lawyers not to give any notice of ruling but that he would provide notice. Thus, the child custody evaluator did not know that he had been fired by the court and the judge prevented him from following up on the father’s conduct. Months later someone sent the child custody evaluator’s attorney a copy of the hearing transcript. While the evaluator’s attorney had been complaining that he had not received any order from the court, the presiding judge in the family court sent a hostile and intimidating letter. Subsequently it was clear that the presiding judge knew about the deception which was being perpetrated upon the child custody evaluation and the judge had stopped the investigation into the father’s behavior.

Two years later, in 2012, the CJP wrote the evaluator’s attorney a letter saying, “The commission has considered the matter and taken an appropriate corrective action as to certain but not all of your allegations. Please be advised that this is the extent of the notice and disclosure allowed by rule 102(e) of the Rules of the Commission on Judicial Performance.” When the Private Admonitions for the year 2012 were consulted for this article, there is no fact pattern which fits the complaint. Thus, there had been no private reprimand.

Since the CJP letter came in 2012, there was certainly plenty of time for the CJP to have included it in its description of 2012 cases. From the CJP files themselves, the logical conclusion is that the CJP lied to the complainant and in reality no private reprimand had been given for the judge’s re-opening the hearing and firing the child custody evaluator in order to protect the father from investigation.

The CJP CYAs Itself by Adding the Following to its Website:

“In order to maintain confidentiality, certain details of the cases have been omitted or obscured, making the summaries less informative than they otherwise might be, but because these summaries are intended in part to educate judges and the public and to assist judges in avoiding inappropriate conduct, the commission believes it is better to describe the conduct in abbreviated form than to omit the summaries altogether.”

In other words, the CJP’s description of the basis of the wrongful behavior may be so vague and abbreviated, that the complainer cannot recognize his own complaint.

In another case dating back to 1995, the judge in a criminal case submitted a false but secret complaint to the state bar about an attorney who happened to be a witness in her court. Two weeks earlier, the District Attorney had threatened the attorney-witness that unless the witness committed perjury and testified exactly as the DA wanted some judge would get him. After it was discovered that it was the judge who had made the secret complaint (which had been worded to appear it had been made by the defendant) the CJP said that the judge had done nothing wrong in filing the false, secret complaint against the witness. The judge refused to recuse herself.

This judge was the infamous Judge Jacqueline Connor who five years later in 2000 presided over the first trial of the Ramparts Officers and who reversed the jury convictions and acquitted them. She had previous involvement with one of the main witnesses, Officer Rafael Perez, and had reason to be angry with him. The public has no way to assess the reality behind the appearance.

Serious Misconduct which the CJP Conceals.

Based upon information from the data on the CJP website, there are a number of far more serious violations of both judicial ethics and law which the CJP Website ignores.

Why do appellate court justices get to overrule trial court decisions when no one has appealed the trial court ruling?

Why do judges and justices have the right to keep secret their ex parte communications from opposing counsel?

Why do judges and justices get to change the facts in a case?

Why do judges and justices get to manufacture evidence in a case?

Why do judges and justices get to exclude attorneys from sidebars and hearings because the judges dislike the attorney for “refusing Jesus Christ?”

Why do judges and justices get to make adverse rulings against parties because a given party’s attorney has been blacklisted for complaining about judicial misconduct?

Why do judges and justices get to frame people for things which they did not do and then lock them up in jail for civil confinement? This practice is more widespread than previously believed and seems to be one of the prime methods the courts use to silence their critics.

Why do judges get to ignore the fact that Prosecutors present falsified evidence?

Why do judges get to ignore the fact that attorneys have presented perjured declarations?

Why do appellate court justices get to communicate to trial court judges the decisions which they should make in cases? Does the use of the attorney for the superior court make the communication between the justices and the judges proper?

Sources outside the CJP have no trouble finding these unacceptable behaviors, but the CJP seems to be blind. Or, could it be that the CJP and the judges retaliate against attorneys who make complaints. Only 3% of complaints come from attorneys, yet they are in the best position to recognize unethical conduct as opposed to an adverse decision.

The more one looks into the Commission of Judicial Performance and the behavior of judges, one sees that the Ninth Circuit Judges understated the situation by saying that California judges and justices “turn a blind eye” to attorney misconduct. Not only do they condone and thereby encourage extreme attorney misconduct, but they themselves actively engage in outrageous behavior with impunity.

While the various state court judges and justices can thank Justice Paul Turner for launching these series of articles, they should rest assured (or rest very uneasily) that so much additional credible information has already flowed in and the roster of miscreants has ballooned far beyond any expectation with information ranging from the San Francisco Bay Area down to San Diego. In the Internet days, reformers spread their data around the world with a few emails, forever placing the incriminating data beyond the power of the “bad boys” to retrieve and destroy.

When they come for you?”