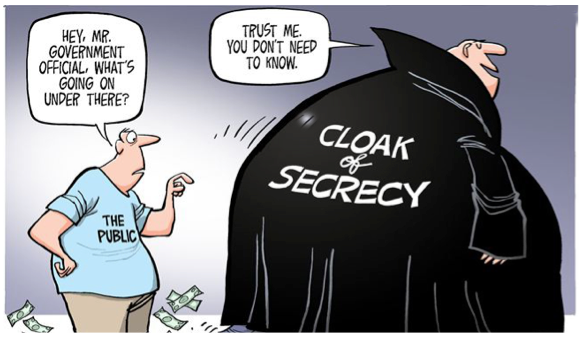 CORRUPTION WATCH-When the courts jettison facts and law, all of society suffers. The resulting corruption is so systemic that people often cannot recognize where things went wrong. As we previously showed, but for the corrupt California judiciary, we would not have had the 1992 Insurrection in South Central. Not only did judges hideously abuse Blacks but the courts maneuvered moving the Rodney King Trial to Simi Valley in order to secure a victory for the police officers on trial. The corrupt nature of the California courts is not limited to victimization of minorities: rather, abusive “corruptionism” is its essential character.

How did California end up with such a corrupt system?

Starting with the judicial elections of 1986, the California judicial system has been devolving into a primitive institution that threatens society itself. Without taking the effort to consider the type of people who would be put in charge of the state court system, Californians ousted three judges because they were not killing enough people. That allowed Governor Deukmejian to appoint his law partner, Malcolm Lucas, as Chief Justice; and he appointed three new “hangin’ judges” to the Supreme Court.

Myths blind Californians to the court’s danger to society.

Californians allow myths and taboos to control their minds and this perpetuates a system in which personal loyalty enables cronyism to trump the rule of law. Why do people think that judges are above reproach? Why in the world would society protect corrupt judges by penalizing lawyers who criticize them? Why do we allow those judges to operate in secret, along with the faux oversight of the Commission on Judicial Performance whose hallmark is also secrecy?

The high and mighty set forth the shibboleth that we lowly citizens need to have respect for judges or else they cannot do their jobs. Really? They’ve got bailiffs with guns to shoot people in their courtrooms. When they rule, they can order the police to take writs of execution and empty people’s bank accounts. If people knew how judges act in the court system, they would have no respect for it.

The corruptionism that infects the California court system is more complex than, for instance, just the act of someone handing a judge an envelope of money in exchange for a favorable ruling. Rather, it revolves around judges’ believing they are above the law. They can alter facts, conceal evidence, manufacture evidence, intimidate witnesses, and all the while be assured that no one will be able to do anything about it. When a judge writes an opinion that changes the evidence, the appellate court overlooks that falsity and pretends it is true. For example, if a judge changes the undisputed evidence that a Mrs. Jones ran the red light to a Mr. Smith ran the red light, everyone in the system will look the other way. And because of that, the public never learns that Mrs. Jones’ lawyer and the judge are fishing buddies. As the federal court said in January 2015, everyone in the state court system “turns a blind eye.”

Some naive people believe that the California Commission of Judicial Whitewashing, er, I mean, Performance, is there to protect the public from wayward judges.

The Commission’s behavior shows that its actual mission is to protect judges rather than the public. Let’s look at the type of charges the Commission made public in 2016. Out of more than 1,200 complaints, charges were publicized against two judges and one commissioner:

The Commission’s web page reports eleven judge removals, but when looking at the dates, it appears that those eleven comprise the total number of removals over twenty-one years -- which amounts to about half a judge per year. Reporting removals in 21-year batches conceals that fact that in the years 2009 through 2015, only one judge was removed from office. That means that with almost 11,000 complaints in the last seven years, only one judge was removed! That case involved fixing traffic tickets for family and friends (Judge Richard Stanley, Orange County January 11, 2012.)

One out-of-state activist compiled a list of illicit judicial behaviors, and the list seems in line with the complaints which reform activists are compiling for California. The range of alleged misconduct is extensive, and the types of charges are similar to ones we are hearing about in California.

Without naming any judges, the list of charges includes: (1) Ignore the Law, (2) Cite Invalid Law, (3) Ignore the Facts, (4) Ignore Issues, (5) Conceal Evidence, (6) Say Nothing in Orders (The Ninth Circuit has made this complaint about the California supreme Court in habeas corpus cases,) (6) Block Filing of Motions and Evidence, (7) Tamper with Evidence, (8) Deny Constitutional Rights, (9) Violate and Ignore the Rules of Civil Procedure, (9) Automatically Rule against Certain Classes of People, (10) Order Monetary Sanctions against Parties they want to Damage, (11) Refuse to Disqualify Themselves, (12) Violate their Oath of Office and the Code of Judicial Conduct, (13) Conspire with Fellow Judges and Judicial Employees, (14) Allow Perjury, (15) Deny Hearings, (16) Dismiss Cases or Grant Summary Judgments, (17) Deny Jury Trials, (18) Don't Publish the Improper Orders. (Complied by Bill Windsor of Lawless America)

Reform activists are complaining about substantial abuses of the law, but the Whitewash Commission never sees any of it. The reformists, however, concur with the (federal) Ninth Circuit’s January 2015 accusations, as cited in the LA Times, about the epidemic of judicially inspired misconduct.

With a court system that tramples upon Truth, Justice and the American way with impunity, corruptionism flourishes throughout the State. The only thing these types of judges seek is a piece of the action. As we will see in future articles, judges retaliate against people who disclose their nefarious dealings by throwing them in jail under the pretext of civil contempt.

Let’s remember that even a foolish President cannot subvert the rule of law the way a corrupt judiciary can.