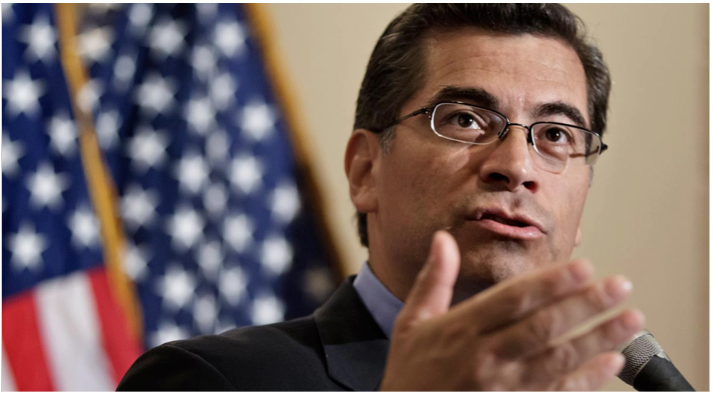 EASTSIDER-The resignation of Xavier Becerra (photo above) to become California’s Attorney General has opened up a rare opportunity for some lucky Democrat. The prize is a lifetime sinecure as the Congress member for Congressional District 34. I say Democrat because the 34th district is overwhelmingly a Democratic, carved out district.

As proof, of the 23 -- that’s right -- 23 candidates for the Special Election on April 4, 19 of them are Democrats, with one Libertarian, one No Party Preference, and one Green Party hopeful. Just a single Republican. Need I say more?

And speaking of opportunities, here in Northeast LA we now have two Democratic clubs -- the been- around-forever NEDC (Northeast Democratic Club), and the new EAPD (East Area Progressive Democrats.) The NEDC has something like 100 members, while the new group advertises around 600 members. Quite a feat for a new Democratic club. You can probably guess where the Bernie people tend to hang out.

What makes political life interesting here in Northeast LA, is that the Eastside Progressives have recently turned the Party on its head. They did it with a huge turnout for the January Delegate race (for the State Democratic Party Central Committee) in the 51st AD. Something like 900 votes, a number more than triple the usual turnout for this event, and the EAPD candidates won all 14 seats!

Anyhow, this special election offers up an amazing prize in a race where only a handful of voters are likely to pay attention and vote. Special elections tend to have even lower turnouts than City Council elections, if you can believe that. And a congressional seat has no term limits!

It is also a wonderful opportunity to introduce the next group of Democratic politicians, that next generation of leaders that are looking for a way into the political system outside of the same old same ‘kiss the ring’ old party process.

So What Did We Get?

At the end of the day what we saw at the few candidate forums was mostly the same small group of insiders. Since the East Area Progressive Democrats did not endorse anyone, let me concentrate on the Northeast Democrats, who did.

Three insiders (folks with a track record and some money) and a couple of unknowns were invited, ignoring the other 13 democratic hopefuls. The three I would characterize as insider favorites were Jimmy Gomez, Sara Hernandez, and Yolie Flores. We were at least spared former Assembly Speaker John Perez, who had announced that he was running early on, only to magically withdraw based on “health issues.”

For those who don’t follow politics, Jimmy Gomez is currently the Assembly Member from our 51st AD in Northeast LA, and just won re-election in last November’s General Election with over 86% of the vote. He is also one of those carefully nurtured soon-to-be lifetime professional Democratic politicians the party loves so much.

UCLA, Harvard MA, worked for Hilda Solis in D.C., came out of AFSCME, and then returned to California as the political director for UNAC (United Nurses of California) while awaiting his opportunity to run for office. Jimmy Gomez is personable and smooth. He also won the NEDC endorsement with 84% of the 58 ballots cast.

Our other well nurtured Dem insider, “God’s Gift to the Eastside” Jose Huizar, evidently decided that he likes the City Council better than taking a chance on losing to Jimmy Gomez, so he dithered around, finally deciding not to run for Congress. He is another of the carefully created professional Democratic Party lifers. Backed by the establishment, he was handed a seat in the LAUSD before coming to City Hall. The LAUSD gig let him spend our school bond money as head of the District’s Public Works Committee, and even become President of the Board, all while getting tight with developers.

Huizar’s presence is still on the ballot, however, in the person of a surrogate -- Sara Hernandez. She was Huizar’s Area Director for Downtown Los Angeles, getting to know the rich and powerful just as Huizar did with the LAUSD. She quietly rebranded herself with a little distance from Huizar, by leaving the Council office to become Executive Director of Southern California Coro in mid-2016, prior to announcing her run to replace Becerra this year. Less advertised is her stint with the California Charter Schools Association (CCSA).

Sara Hernandez must have known that the Northeast Dems are death on Charter Schools, because she was a no show at their Endorsement meeting. On the other hand, she is well-funded and has hit the campaign trail with a whole series of TV ads, mailbox stuffers and phone banking.

Speaking of Charter Schools, the third mainstream candidate was Yolie Flores, registered as a Democrat but really IMHO Monica Garcia “lite” when she was on the LAUSD School Board. She and Monica are deep pocket CCSA backed Charter School advocates, and for my money, they are Democrats in name only. The reason I know she has money behind her this time out is because I’ve had four calls from her campaign people, as well as a number of mailbox pitches.

And What Did We Miss?

When I asked the President of the NELA Dems who decided who was going to be showcased at the Endorsement meeting, I was informed that the Executive Committee had met, looked at candidate resumes, and then determined a cut off for applying. Cut off indeed. How about a deliberate curtailment of small “d” democracy.

Personally, I wanted to hear from at least two other candidates that could well be in that top tier for a runoff -- Arturo Carmona and Wendy Carrillo. It seemed to me that these two in particular represent the next generation of grassroots Democrats as opposed to top-down Democrats.

Arturo Carmona represents the best of Bernie Sanders’ campaign, working tirelessly for the Senator’s vision of a small “d” Democratic Party. My kind of real deal working from the ground up small donor kind of leader we need in the party. You can read more about him here.

Wendy is young, hails from the Boyle Heights/El Sereno chunk of Northeast Los Angeles, became a citizen by age 21, and went on to get a Masters at USC. Not too shabby. She is another real deal small “d” Democrat. You can check out the LA Times article about her here.

Out of the 19 Democratic candidates for Congress in the 34th CD, only a handful really got heard by anyone in this election. I think that potential voters were cheated by not being able to widely hear from Arturo Carmona and Wendy Carrillo, and that’s sad. It also raises a broader question.

What about the other 13 candidates? Buried in there somewhere could be the next Xavier Becerra, but we’ll never know. I think a disservice was done to all of these candidates who did not get a chance to appear before a broader audience. They had the guts to go out and run for office, expose themselves to public scrutiny, and devote a huge amount of their time (and probably finances) to actually run for political office.

If we are going to rebuild and rebrand our Democratic party into something more than a top down vehicle for the limousine liberals like Chuck Schumer and Nancy Pelosi, we need to get going on actually building a grassroots party. Otherwise, it will be back to the ho-hum maybe 15% voter turnout that allows lobbyists, big developers, and other special interests to own our City, not to mention the Federal government.

Bottom line, no matter what your political persuasion, get out and vote in the April 4 Special Election! Turnout is likely to be small, and your vote could make the difference in who gets to a runoff, if there is even going to be one. A large turnout could send a message to the Democratic establishment and our politically turned off Angelenos.

Indifference has a cost. Just look at our current Council, Congress and President.