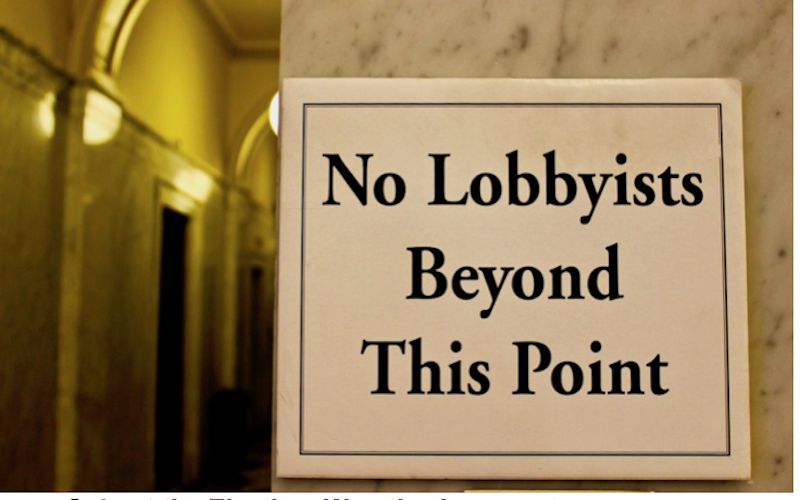 SPECIAL TO CITYWATCH … NEIGHBORHOOD INTEGRITY JUST GETTING STARTED--In our huge and wonderful Los Angeles, the "civic conversation" is often said by academics to be weak. And it's true that I can point to only a few times in which LA residents engaged in and led a big, brawling conversation about where the city should head.

One such brawl was the successful blogger-led fracas (remember bloggers?) over whether the hated Department of Water and Power should control much of the solar-installation industry. Another was the unsuccessful Valley Secession movement, which asked voters whether 1.6 million people should form their own city to free themselves from a City Hall that repeatedly cheated them on services and political clout.

In both cases, it turned out that the residents were not disinterested or weak. But in our livable LA, made up of many villages and numerous downtowns, residents could not to find a way to be heard. And their frustration finally exploded into healthy ballot box wars that proved, once again, that true democracy is not only crucial, it's messy.

Measure S, which was defeated at the polls on March 7, falls directly into that category. That's why it has inspired the most robust civic conversation in Los Angeles in years.

Measure S was soundly defeated — our numbers fell from a neck-and-neck race shortly before Election Day, when billionaire developers poured in a last-minute $5 million to dominate the airwaves, and even Gov. Jerry Brown came out against Measure S.

But it's clear from post-election media coverage that while our reforms failed, Measure S won the argument.

Mayor Eric Garcetti and the City Council have promised many reforms in reaction to Measure S — almost all stuck in committee or gathering dust on a shelf. 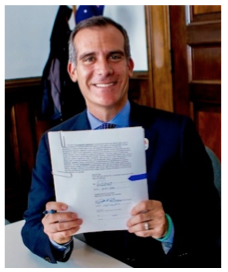 On Thursday, Garcetti again proposed a vague plan without any deadline for updating the long-stalled Community Plans. He finally signed an Executive Directive enacting a very limited reduction in "ex parte," or backroom meetings, aimed solely at his Planning Commission — and only after a developer formally files an application to get around zoning rules, an action that often happens long after numerous backroom meetings.

At his Thursday press conference, under questioning by journalists, Garcetti again refused to adopt the key reform, of ending backroom dealmaking between City Council members and developers and himself and developers.

Garcetti is no doubt relying on a convenient opinion from the City Attorney last year that developers and their lobbyist are "residents" of LA and elected leaders need to hold private meetings with residents. Aside from the fact that many key billionaires who get backroom deals do not live in LA, it's absurd to conflate these private deals with informational meetings with LA residents.

As a lifelong LA journalist-now-campaign manager, I was also pleased to read a media report that quoted Michael Weinstein, president of AIDS Healthcare Foundation, the key funder of Measure S, as saying, “This will go down in history as a campaign that didn’t win the vote that had the best results. Nobody in this campaign has defended the current system.”

That’s true. Even Mayor Eric Garcetti, who handily won reelection Tuesday night, acknowledged that, “the diagnosis is agreed upon by all of us.” But he opposed Measure S, calling it the wrong “prescription.” The election results are not likely to put to rest a heated battle over the future landscape of Los Angeles.

And that brings us to what happens next.

Despite public agreement that City Hall's development process is broken, elected leaders continue to let mega-developers, from the Lowy mall billionaires to the Lowe resort billionaires, treat LA communities like pieces on a chess board. The City Council and Planning Commission repeatedly override LA zoning as if the rules are a mere annoyance.

Gay marriage took more than one try on the ballot, a fact that is almost impossible to believe today. The far more wonky "redistricting reform" — a statewide vote to stop seat-warming legislators from gleefully custom-drawing the voting district lines around their preferred voters, to ensure their own re-elections — was a robust debate. Until voters approved redistricting reform, few Californians were certain what a "voting district" even was.

Los Angeles is a great city, and it's worth making sure we get it right.

Getting it right may mean a second ballot measure. Or it may mean free training so that neighborhood leaders have as many tools to fight City Hall as lobbyists have tools to manipulate City Hall.

Or it may mean that powerful people who privately agreed with Measure S will now join us in tilting the balance of power.

"Getting it right" won't be a debate over what types of towering buildings get built where. This is far more fundamental. It's about who decides how and where LA's infrastructure, housing, parks and services are planned and intertwined, as required, to best serve residents.

That's not radical. It's crucial.

Getting it right means that the City Council and mayor must relinquish the secrecy to which they are addicted — and which obscures from the public eye LA's wildly non-democratic planning and zoning system.

Not surprisingly, they are creating an imbalance between what LA really needs, and what it's getting.

Gail Goldberg went on: "This is disastrous for the city. Disastrous. Zoning has to mean something in this city."

Under this system, City Hall can only produce more of the mess that Gail Goldberg foresaw:

-massive traffic backups on our streets, created by bad planning

-pushing out our working families through ill-advised gentrification

-skyrocketing rents set off by a foolish frenzy of approvals of luxury housing that, clearly, does not trickle down.

We are hearing from residents citywide asking "what's next? How does this get fixed?"

We will continue to press our elected leaders to reform themselves. But meanwhile, we at Measure S will keep the faith with residents, by tapping their energy and their new awareness.

Measure S during the past year held dozens of meetings, town halls, debates, rallies and press conferences, from Chatsworth to San Pedro to Baldwin Hills to Westchester to Koreatown to Woodland Hills to Studio City to the Palisades and beyond.

We made the case that the City Council, by putting our zoning system up for sale, has fueled an unprecedented level of land speculation and greed in LA After the defeat of Measure S, we wrote in an open letter to our supporters:
"The Measure S campaign succeeded, completely, in challenging City Hall to be worthy of LA's residents.

"LA elected leaders now widely agree that wealthy developers should of course not get to write their own environmental impact reports, a glaring conflict of interest, nor should developers hold private meetings to try to influence LA city planning commissioners.

"LA elected leaders also now agree with Measure S, that the City Council must return to its long-abandoned job of updating our 20-year-old General Plan and Community Plans. They also agree that the Council's frequent rewarding of special exemptions that let developers ignore these Plans must be a very rare act.

"It is now up to us, to see that City Hall does not bury these promises in committee, or otherwise delay these reforms. In the wake of this hard-fought election, they know we're watching them."

(Jill Stewart, a former journalist, is campaign director for the Coalition to Preserve LA, sponsor of the Measure S.)