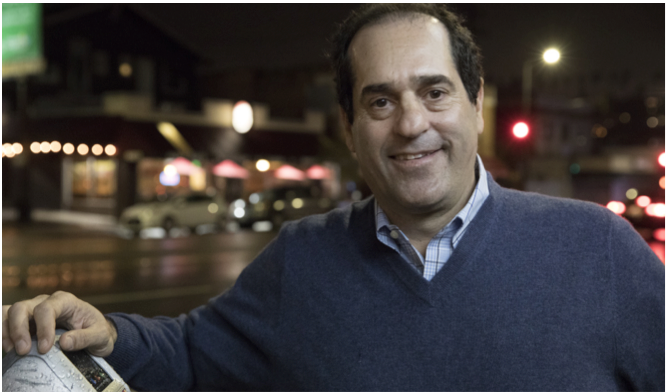 VOICES-In 2007 when I met Mitchell Schwartz, he was the President of the Los Angeles League of Conservation voters and the Chair of the Barack Obama campaign for the State of California. I was impressed at that time by how he treated individuals, and how enthusiastic he was about the Obama campaign.

I was a proponent of the “No on Measure B campaign”, what I thought was not a well thought out solar energy initiative. Mitchell took on the “No on Measure B” campaign, and he lost. But he was so gracious – he met with me and others. We discussed why the Neighborhood Councils were opposed to “Measure B.”

Mitchell has taken a five point pledge regarding fundraising. This has included opting to take matching funds, and not to take any PAC money or money from developers. And he has pledged to serve the full five and one-half year term, and not to run for higher office, a pledge that Mayor Garcetti has not made.

It is very unclear to me why the Los Angeles Times has endorsed Eric Garcetti when they state in their OPINION section that our Mayor was graded a C by them two years ago. The Times also calls Eric Garcetti out regarding the Neighborhood Integrity Initiative – also known as the “Yes on Measure S campaign.”

The Times says that Mayor Garcetti, who is against the initiative, “…was too slow to respond when slow-growth advocates proposed the Neighborhood Integrity Initiative.” While I believe that Mayor Garcetti has stated that he wants to fund the City Planning Department to update the Community Plans over a ten-year period, a position paper by Mitchell Schwartz calls for updating the General and Community Plans in four years.

In Mitchell Schwartz’s plans that are posted on his website, he states:

“Housing is the most pressing issue facing Los Angeles. Los Angeles suffers from an acute shortage of housing, from houses for the middle income families to three and four bedroom apartments for working class families to studios for young people to single resident occupancy units for very low-income individuals.”

Mitchell calls for “establishing transparency by removing political money from development decisions.” In his Nine Point Housing Plan, he makes recommendations including “creating a Housing Czar to coordinate efforts across departments” as well as using “the incredible intellectual resources of UCLA, USC, Cal State Northridge, and Cal State LA to develop housing strategies that are reasonable and achievable and make economic sense.”

The difference that I see between Mitchell Schwartz and Eric Garcetti is that Mitchell is the voice of compassion for the homeless and others who are less fortunate in our City.

Mitchell Schwartz is the voice of change that will benefit all Angelinos -- not just wealthy Angelinos and non-Angelino investors and developers. His recommendations include:

I support Mitchell Schwartz because he is listening to the people. As a former Neighborhood Councilmember, I used to invite then City Council President Eric Garcetti out to the West Hills Neighborhood Council Board meetings. To the best of my knowledge, he has not been there yet.

On the other hand, Mitchell Schwartz has shown his interest in listening to the people and meeting the people by visiting Neighborhood Councils and other groups. Last summer, Mitchell met my husband and me in the West San Fernando Valley on two occasions. My husband and I took Mitchell on two “three hour tours” of the West San Fernando Valley; we showed him many points of interest in this area and discussed many of the problems facing the Valley.

The second tour ended with a visit to the Concerts at the Park in Warner Center where I introduced him to some members of the Woodland Hills Warner Center Neighborhood Council who were manning a booth there.

Mitchell has recently driven out to the Valley to attend multiple meetings and hearings on the Aliso Canyon Gas wells. I have also pointed out to him on DOGGR maps the locations of the oil and gas wells under the City of Los Angeles – not far from his home.

If like me, you do not want to give our current Mayor a mandate in our next election – if you want a Choice for Mayor, I recommend that you Vote for Mitchell Schwartz on March 7.

(Chris Rowe is a 39-year resident of West Hills.) Prepped for CityWatch by Linda Abrams.