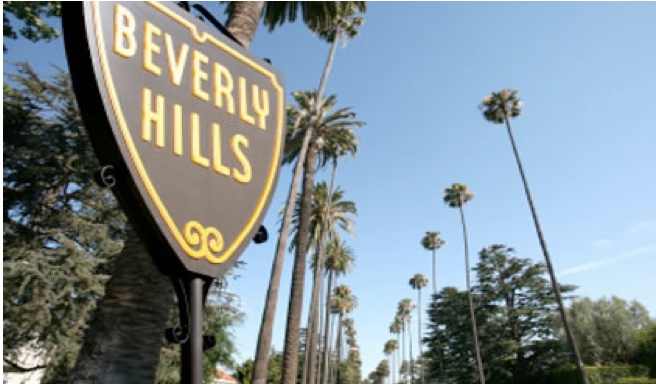 MUSING WITH MIRISCH--In a city in which an election was won four years ago by seven votes, every vote should count. But only the votes that should count should count. And that’s a problem in Beverly Hills.

Voter fraud is real. It’s alive. It’s happening. And we have to stop it. Whether or not it happens at the federal level, we know it happens at the local level. We have seen it ourselves and our own investigations have proven it happens.

Last night at a marathon City Council meeting, the Beverly Hills City Council at my request unanimously agreed to launch an Anti-Voter Fraud Initiative. The initiative will attempt to use every tool at the Council and City’s disposal to protect the integrity of our local election, the next of which is March 7 (and in which I and the vice mayor are up for re-election).

We will attempt to inform our own voters to help report suspected instances of unauthorized voters (“If you see something, say something”), as well as continue to lobby the Secretary of State, our DA and other officials to take the matter of suspected voter fraud seriously and to take action. The decision to launch the Anti-Voter Fraud Initiative follows a Monday meeting of the City’s Sunshine Task Force which we created to make our city a model of transparency and good government.

Yes, we are frustrated.

Our frustration and the decision to educate, lobby and take whatever local action we can to deal with voter fraud is preceded by two Council study sessions in which we discussed the matter with representatives from the local registrar-recorder and the Secretary of State, one meeting more exasperating than the other. We shouldn’t have to self-police and we are extremely limited as to what we can do locally to put an end to voter fraud.

Some background information is in order, particularly for those who aren’t familiar with Beverly Hills, beyond the stereotype, or suggest that voter fraud doesn’t exist.

In 2008 a local developer won a referendum by 129 votes which granted a controversial building entitlement. The developer spent millions of dollars prior to the election with all manner of expensive propaganda. The grass-roots group opposing the developer’s plans suspected that many voters who had voted in Beverly Hills were not bona fide or legal residents of the City, but nonetheless voted in the election.

In a Herculean effort, volunteers canvassed the city, going door-to-door to investigate the claims of voter fraud. They uncovered 569 documented cases of voters who were not entitled to vote in our local election. The group of phony voters included random people registered at unsuspecting residents’ addresses, non-U.S. citizens, Beverly Hills residents’ adult children who themselves were domiciled elsewhere, etc. That’s right: there were 569 documented cases of illegal voters in an election which had been won by 129 votes. The math is pretty simple.

The citizens’ group turned over their voluminous documentation over to the local DA’s office, which complimented them on their meticulousness and then proceeded to do... absolutely nothing. No indictments. No prosecution. No convictions. Nothing.

Fast forward to the months preceding the Nov. 2016 election: the same developer who had won the tainted 2008 election was now attempting to pass an initiative to build a 375-foot skyscraper in Beverly Hills. As in 2008, the developer spent millions of dollars in campaign propaganda (it turns out that the developer ended up spending more than $1000 per vote in a losing effort), and reports of potential illegal voters arose once again. The City received a list of over 500 voters registered at a few business addresses. As a Council colleague remarked, the limited number of business addresses makes this seem like an organized effort. We turned the list over to the Los Angeles County Registrar Recorder, who sent letters out to these 500 registered voters, informing them that their voting status would be placed on hold pending their verifying that they actually lived in Beverly Hills and were entitled to vote here.

It turns out that only two of the over 500 registered voters ended up verifying that they actually live in Beverly Hills.

If we had not been provided with a list of unauthorized registered voters, which we forwarded to the registrar with the request to invalidate the registrations pending further confirmation, we could have had 500 illegal voters in the November election. This is in a City in which, as mentioned, a councilmember won election in 2013 by a mere seven votes.

At our Council study session earlier this month in which we asked for representation from the local registrar, the Secretary of State’s office and the DA, only the registrar seemed to take the problem of voter fraud seriously. The Secretary of State’s representative gave answers which actually decreased our confidence in its ability to protect the integrity of our voting process and raised the frustration levels of the entire Council. After having refused to prosecute the widespread 2008 voter fraud, the DA’s office refused to even send a representative to our Council meeting, even after I followed up the initial refusal with a letter to County DA Jackie Lacey, personally asking her to send a representative to discuss this serious issue. Their job is not just to prosecute voter fraud (something they evidently refuse to do, as was the case in 2008) but also to help us avert such crimes which undermine our electoral system. This nonchalance was both shocking and stupefying.

At that meeting, as confirmed by our City Clerk, we pointed out various ways in which voter fraud could occur and evidently had occurred: people could simply register at houses where they did not live, either with or without the bona fide residents’ knowledge or they could register at business addresses, as they had done in the past. At the polls, they could comb through the voter rolls and see who had not voted and simply get replacements to vote in their stead. There is effectively no way under our current system to avoid or deal with most of these situations, particularly if the local DA’s office is unwilling to take action.

According to today’s Washington Post: “Multiple investigations of the extent of in-person voter fraud — someone showing up to vote fraudulently — have found that it’s not a significant problem.” Well, if these “investigations” are anything like our own experience, this is a prime example of a self-fulfilling conclusion. Our Secretary of State’s office and our own DA seem unwilling to investigate or even acknowledge the problem. Small wonder that ostrich “investigators” - in opposition to grass-roots residents - are finding that voter fraud is “not a significant problem.” See no evil. Hear no evil... You get the picture.

Our situation is different from President Trump’s claims of voter fraud in that many (though not all) of the phony voters in Beverly Hills are US citizens who simply don’t live in Beverly Hills and therefore are not entitled to vote in municipal elections. But the problem remains a serious one at any level of government and we deserve to have faith in the integrity of our electoral system at all levels of government.

On Tuesday, the National Association of Secretaries of State issued the following statement: “We are not aware of any evidence that supports the voter fraud claims made by President Trump, but we are open to learning more about the administration’s concerns.”

How about also being open to learning about the concerns of cities in which elections are won and lost by seven votes? How about taking action in instances in which voter fraud clearly has taken place and in which there are ongoing attempts to rig our elections?

Whatever the situation at the national level, we in Beverly Hills are committed to doing whatever we can to protect the integrity of our local elections, even if we do not receive the support from the authorities who are tasked with doing so. Because if the integrity of our electoral system is not protected, if bad actors know that they can literally get away with voter fraud without any consequences, then we can expect to see this phenomenon spread and grow, further undermining our democracy.

Local government, when done right, is the best form of democracy because it is closest to home. For it to mean anything, though, the elections in which the residents choose their local leaders and decide on local issues must be on the up and up. Sacramento, we have a problem.

And so the Beverly Hills Anti-Voter Fraud Initiative is born. Let’s hope other cities and municipalities join us to create a coalition against voter fraud. Our democracy is too precious to allow its very fundament, our elections, to be subverted.

(John Mirisch is the Mayor of Beverly Hills. He has, among other things, created the Sunshine Task Force to increase transparency, ethics and public participation in local government. Mayor Mirisch is a CityWatch contributor.)