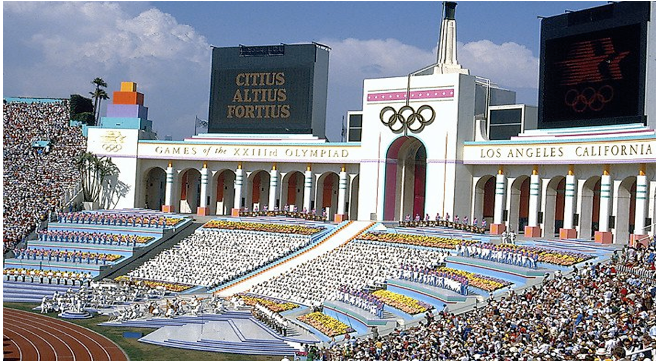 LA WATCHDOG--On Friday, the Ad Hoc on the Summer Olympics Committee will meet to review the City’s and Los Angeles 2024 Exploratory Committee’s (“LA24”) bid to host the 2024 Summer Olympics.  And without doubt, this seven member committee chaired by City Council President Herb Wesson will approve moving forward with submitting the well-conceived bid to the International Olympic Committee (“IOC”) on Friday, February 3.

After all, almost 90% of Angelenos support hosting the 2024 Summer Olympics.

But there is the issue of the City’s exposure to losses as our cash starved City will be required to indemnify the IOC and the United States Olympic Committee against any losses.

Based on the updated projections prepared by LA24 that have been reviewed in detail by KPMG and Miguel Santana, our trusted City Administrative Officer, the $5.3 billion Olympic budget has a Contingency Reserve of almost $500 million, representing over 10% of the $4.8 billion in expenditures.  And this is after other contingency reserves built into the development of individual venues.

The updated budget is a vast improvement from the 2015 Budget as the Contingency Reserve increased to $491 million from $161 million.

The new budget ditched the building of a de novo Olympic Village on the site of Union Pacific’s Piggyback Yard.  Instead, LA24 has made arrangements to use UCLA and USC dormitories, resulting in savings of an estimated $1 billion.

There are also considerable savings that LA24 is able to achieve by using existing venues, ranging from the Coliseum, the Rose Bowl, Staples, StubHub, Pauley Pavilion, Galen Center, and numerous other locations throughout Southern California.

The management has also fine-tuned its projections by developing a detailed, bottoms up financial model and benchmarked its “conservative” assumptions and results against the London 2012 Olympics and other mega events.

The City and LA have developed a Memorandum of Understanding (“MOU”) that protects the City’s coffers.  Importantly, it calls for a $250 million Contingency Reserve to be funded prior to the beginning of the Games.

The MOU also requires LA24 to obtain insurance policies to cover natural disasters, terrorism, and event cancellation as well as coverage for “reduced ticket sales and other revenue sources should the events become less appealing.”

As a side note, the State will reinsure the City’s exposure by agreeing to absorb $250 million of losses, but only after the City has taken a hit of $250 million.

The City will also be reimbursed for its incremental out-of-pocket costs for providing “enhanced municipal services” such as police, fire, sanitation, traffic, and parking control.

The MOU also allows the City to oversee the operations and finances of the Olympics by allocating one-sixth of positions on the Board of Directors and its committees to the City and by requiring LA24 to provide the City with timely financial information and other information.

However, the City’s requirement that LA24 comply with all applicable City laws and ordinances may result in significant cost increases because of its prevailing wage and work rule requirements, especially if it involves city-specific venues.

Hosting the Olympic Games will also increase economic output by around $11 billion, provide numerous full time jobs, and produce additional tax revenue according to a report prepared by Beacon Economics.  On the other hand, the State’s Legislative Analyst stated that “some short-term economic gains in 2024 and in the years before the Games are likely.  Lasting economic gains, however, appear unlikely.”

LA has an advantage over Paris and Budapest because we are “Games Ready.” This allows us to use our existing world class infrastructure to meet the goals of the Olympic 2020 Agenda which emphasize environmental sustainability and minimizing financial risk.

The IOC will announce its decision on September 13 in Lima.

And assuming we win the bid, as well should, then the hard work will begin as preparing for this mega event with so many moving parts over the next seven years will be a monumental task requiring excellent management.

But the City’s biggest risk is our own Elected Elite who do not have the common sense to leave well enough alone and let management do its job. Oversight is OK, but no day to day meddling, no interfering with operations, and no asking for favors or preferential treatment.

We also need to wary of mission creep where City Hall decides to accelerate numerous infrastructure projects that have the potential for cost overruns and delays that interfere with the success and finances of the Olympics.

LA24 has done a very good job of developing a plan that protects the City from financial loss.  But LA24 and Angelenos must also protect the City’s coffers from our Elected Elite.

(Jack Humphreville writes LA Watchdog for CityWatch. He is the President of the DWP Advocacy Committee and is the Budget and DWP representative for the Greater Wilshire Neighborhood Council.  He is a Neighborhood Council Budget Advocate.  Jack is affiliated with Recycler Classifieds -- www.recycler.com.  He can be reached at:  lajack@gmail.com.)-cw