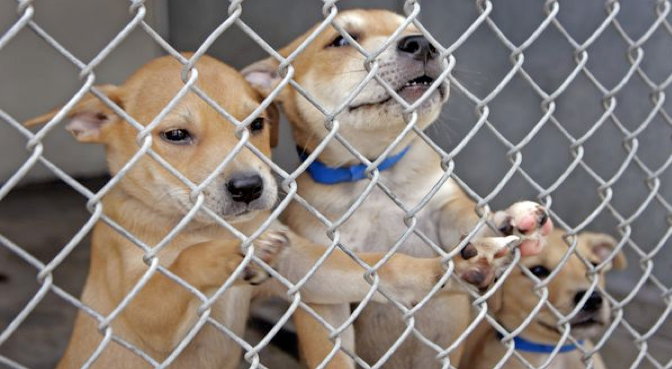 @THE GUSS REPORT-In May 2014, the City of Los Angeles significantly doctored its pet adoption statistic without telling the public that it was doing it, let alone why.

It was done with the knowledge of Mayor Eric Garcetti, his minions and more disturbingly, City Controller Ron Galperin who failed to address this (and other) fraudulent LA Animal Services activities in his bogus audit roughly one year later.

The reason why Garcetti did this was so that he could claim humane successes where programs either failed or where programs didn’t exist; and he did it to justify his rehiring of LAAS GM Brenda Barnette, who was all too happy to stay generously employed by Garcetti given her well-documented real estate struggles.

The proof that Garcetti did this is as follows …

City Hall insiders knew all along that this was a false statistic because LAAS counted as “adopted” animals that it simply shuffled from cages in some LA city-owned shelter buildings to cages in other LA city-owned shelter buildings. No matter how you slice it, sitting in a government cage does not reflect the love or trappings of a dog or cat adopted into a family…but this was how Eric Garcetti, as City Council president and as Mayor, knowingly counted them during this time span.

But suddenly, and stealthily, the statistic changed dramatically.

In this subsequent LAAS spreadsheet, captured in June 2014, the claimed adopted statistic on the spreadsheet that used to be 97,757 was suddenly 92,580.

How does an adoption statistic suddenly go down by thousands of animals?

In fact, the number of animals Garcetti claimed were adopted during this time frame is even lower than that. To fully understand Garcetti’s ruse, we need to employ some nerdy math.

In the second spreadsheet, the date-range includes February, March and April 2014. In order to make an apples-to-apples comparison of the same exact 1,675 days, the adoption figures for those months (which are in the red box) must be subtracted from the new 92,580 figure. The result: Garcetti and LAAS now claimed that it adopted out only 88,950 dogs and cats during this time.

That’s 8,807 fewer adoptions than the city previously claimed -- and without explanation.

The city altered its adoption statistics with malice aforethought, too. In an April 22, 2014 email, David Zaft, the Garcetti-appointed president of the LAAS Commission wrote, “Assuming that the reports on the website are changed…and I agree with you that they should be…I believe it would be appropriate for some explanation of the change to be given.”

But since animals are silent victims, and Zaft (as Commission president) controls what goes on the LAAS Commission agenda, to date, this has never been explained because it is the proverbial loose string on a sweater. Expose this, and you will expose the fake impound numbers generated – in violation of the city’s agreement with Best Friends – for animals who never set foot in any city shelter, as well as even deeper problems.

As of October 2016, the Garcetti administration has no idea what became of those 8,807 animals, and has refused to honor CPRA requests because the wealthy, stealthy Best Friends organization is not held accountable (as all other rescue organizations are required to report) on where they shipped those animals which, in Best Friends case, includes sending them to high kill shelters in other cities and states. Garcetti may very well soon find the city sued over those records.

Since the time that the statistics were quietly altered, Garcetti has repeatedly told the public “adoptions are up,” when all he did was lower the starting figure. In his world, it is better to make thousands of animals disappear rather than show up as kills on his statistics.

(Daniel Guss, MBA, is a contributor to CityWatchLA, KFI AM-640 and Huffington Post. Follow him on Twitter @TheGussReport. His opinions are his own and do not necessarily reflect the views of CityWatch.) Prepped for CityWatch by Linda Abrams.