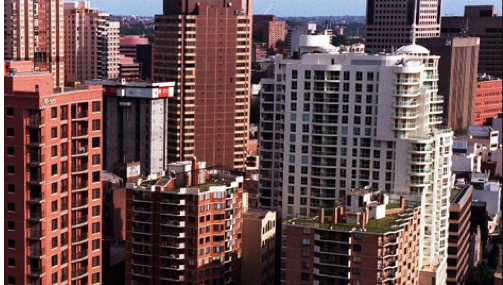 CORRUPTION WATCH-The handwriting has been scribbled all over the walls for more than a decade – densification is killing Los Angeles. In fact, logic tells us that we have passed the point of no return, but who doesn’t hold out hope for the Hail Mary Pass for the winning touchdown?

The laws of economics are slow acting, but when a critical mass of people realize what has happened, then we have a crash. The groundwork for the Crash of 2008 began in 1999 with the repeal of Glass-Steagall Act. U.S. Senator Bryon Dorgan (D-ND) warned us about the coming disaster and it arrived eight years later just about on schedule.

After 2008, Los Angeles has sustained a series of economic disasters but we ignore them. The City was extremely slow to recover from the Crash, while our housing costs rose dramatically faster than wages increased. When the Millennials aged from young Millennials (under age 25) to 25 plus, they became Family Millennials and their priorities switched from bar hopping to diaper changing. Since their peak birth year was 27 years ago, an increasing number of Millennials are fleeing the city to find space – suburbs and exurbs are favored by Millennials by at least 80%. Since there are fewer Young Millennials each year, those vacated apartments in DTLA, Hollywood, etc. won’t have new occupants.  The shake out will take some time.

Mega developers, however, drank the Garcetti Kool Aide 10 to 15 years ago. Some hopped on the CRA/LA bandwagon under Mayor Riordan. The flagship of this New Urbanism was the Hollywood-Highland Project, completed in 2001 at a cost $625 million, and sold a few years later in 2004 for only $201 million. Although developers were beginning to drop like Rev. Jim Jones followers in the jungle, many asked for more Kool Aide.

The City Council became obsessed with the developers, to whom Garcetti and others had sold a bill of goods. Even though Hollywood was experiencing a significant exodus, Garcetti intentionally lied and told everyone that he had revitalized it and the population was zooming upwards.

Besotted by this illusion of huge demand, many developers failed to pull out of Los Angeles. Thus, the quality of life remained a non-issue at City Council whose sole focus was on developer profits.  When the projects were financial failures, the City gave subsidies – over $3 billion to date.

When it comes to city planning for a mature urban area, density is a secular evil. It leads to more deaths, poverty, the destruction of people’s homes and homelessness, resulting in a massive transfer of wealth to the 1% from everyone else. Traffic congestion becomes worse since density always brings more cars into close spaces.

Corruption begets more corruption and people are fed the malarkey that subways and light rail lines will solve all the density problems. Thus, we foolishly vote to fork over hundreds of billions of dollars to mega construction companies for more subways, trolleys, and trains.

The New Urbanism trumpeting more density is a religion to be believed in, ignoring facts and logic. The deluge of this religious dogma from City Hall is non-stop.

This week someone sent me what I thought was the UCLA SCAG December 7, 2017 Transportation Report. It turns out that it was only the slide show graphics which Dr. Brian D. Taylor used during his oral presentation. Nonetheless, it was shocking. The amazing aspect was that after gathering the facts, the report ended with logical prognostications from the facts. Wow. Facts rather than total BS. That’s shocking for Los Angeles.

The UCLA SCAG report admits that there has been a huge usage drop in mass transit. It then identifies who is abandoning mass transit. Short answer – everyone who can.

Here is the culmination of the slide show about how to increase ridership:

Replenish the pool of very frequent transit – such as with a large increase in low-wage immigrants to the region (bold added).

Yes, he said that. Los Angeles needs to have a large increase in immigration to fill low-wage jobs. I hope Dr. Taylor has tenure. Truth is not well received in Los Angeles.

Broaden the base of occasional transit users. If every 4th non-rider added one transit trip every week, ridership would be up region-wide. This would likely require more aggressive management of private travel” (bold added).

What will that be? Like the old gas-rationing days, where only people with even number license plates can drive on even numbered days? Bike lanes to make traffic congestion unbearable to force people to use the subways? How about government issued travel permits? Maybe it will be like buying pizzas. When your travel coupon gets four official subway stamps, then you may drive your car for one day.

Dr. Taylor understands the Garcetti Administration -- mass transit is not to serve the people; rather, people exist to benefit mass transit.

Quality of Life Is Our Hail Mary Pass

If Los Angeles de-densifies now, we can avoid these Brave New World measures. The first and most vital criterion for any land use or transportation decision should be the quality of life of Angelenos, and at each turn, that means LA needs to de-densify.

No Additional Construction in the Basin

Offices should be added to the city’s periphery so that people will be driving against the flow of rush hour traffic.

Housing prices will dramatically fall. That will be a good thing – it would be like setting a back-fire to prevent a horrible conflagration. Right now, the high cost of housing is stealing consumer dollars from all other Los Angeles businesses and sending it to Wall Street. Unless we stop that practice now, LA’s suffering will be much greater in the future.

One reason Los Angeles has been losing businesses and family Millennials is that housing is far too expensive. Families cannot build equity when they are paying Wall Street for a mortgage or rent which is two to three times greater than necessary.  When housing prices fall, employers can pay competitive wages for Los Angeles employees. That will retain employers and attract new businesses.

Stop with the Subways and Fixed Rail Trolleys Already

As the UCLA SCAG data shows, people hate mass transit and the foreseeable ways to increase ridership are through a huge increase in the extremely poor population and by dictatorial control of private travel. De-densification will reduce the number of cars on the surface streets which means buses will move faster. With public transit dollars devoted to buses, they can be more frequent and more reliable.

Making quality of life the most important factor in city planning is better for everyone – except for the developers and their politicos.