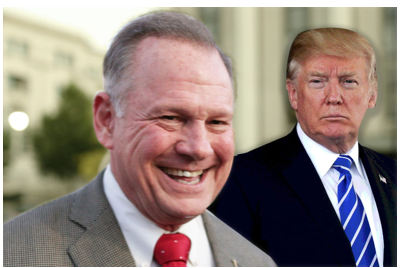 CORRUPTION WATCH-What exactly is the “role of government?” Answer: to provide the context within which people can live their individual lives. Our government was established back when colonialists were victimized by the abuse of power exercised by England’s King George who was mentally unstable. As educated and wealthy men, American Revolutionary leaders recognized this fact and, accordingly, espoused some basic principles:

(1)  A certain amount of power is required for the government to protect the individual. The weakness of the Articles of Confederation had proven this fact. As a result, the founding fathers recognized that the government needed to have sufficient power to protect the inalienable rights of all individuals and to simultaneously restrict the use of that power. Hence, the Bill of Rights was added to the proposed Constitution.

(2)  Religion was a pernicious influence and the most dangerous aspect of the dominant religion, Christianity, was its belief that it alone possessed absolute truth, and everyone else was by its definition a sinner. As a thousand years of religious war in Europe had taught, Faith plus Power was equal to War. More than a hundred years later, we saw the unity of Faith with Power in Nazism where the State became God, Hitler was the Christ figure, and Jews, as well as Gypsies, Gays, and others became equivalent to Satan.

(3) The Founding Fathers also knew that the military, the source of the greatest power, had to be eternally subjugated by civilian authority. The only time civilian control was ever seriously questioned was when President Truman fired General MacArthur.

We are now experiencing a tornado and as it passes, the pieces are not landing in an orderly manner. We cannot skip down the yellow brick road and expect everything to turn out right.

Perhaps the most ominous threat derives from the fact that Donald Trump is seriously mentally ill. Of all institutions, the military is most likely the most attuned to the existence of mentally unstable leaders, as shown traditionally through its assessment of foreign leaders’ states of mind. And it makes a difference whether or not a nation’s leader is mentally ill or just a mere criminal. Criminals tend to act rationally; by definition, mentally ill people do crazy things.

The military knew during the 2016 election campaign that Donald Trump’s mental state could endanger national security. Since all prior candidates for President had at one time held public office, Americans never experienced electing a crazy person to the Presidency. Right up to Election eve, people did not fully appreciate the gross deficiencies of Hillary Clinton as a Presidential candidate. She should have known that rule #1 was to not treat the election like it’s your coronation; and rule #2 was to not refer to voters in key states as “deplorables.”

World stability has required the U.S. military to take over the Trump Presidency. As we know, someone inside the White House knew that Trump was dangerously unstable (hello, Ivanka and Jared) and was constantly leaking to the media. Once the military secured key White House positions and ousted Bannon, the leaks stopped.

The military had no option but to take control of foreign policy and there is no doubt that Secretary of State Rex Tillerson sides with the generals. But their take-over of foreign affairs places the nation in a precarious situation.

A nation whose government is headed by a moronic man-child cannot provide the context within which people can live decent lives. Trump has perversely used the national government for his personal aggrandizement and profit. During the era of Trump, the nation has sunk to its lowest depths since slavery. We may soon knowingly elect a child molester to the U.S. Senate because Trump supports him.

If Roy Moore wins, it is unlikely that the military will be able to constrain Trump. If Roy Moore loses, it could be a trip wire that explodes the Trump Presidency.