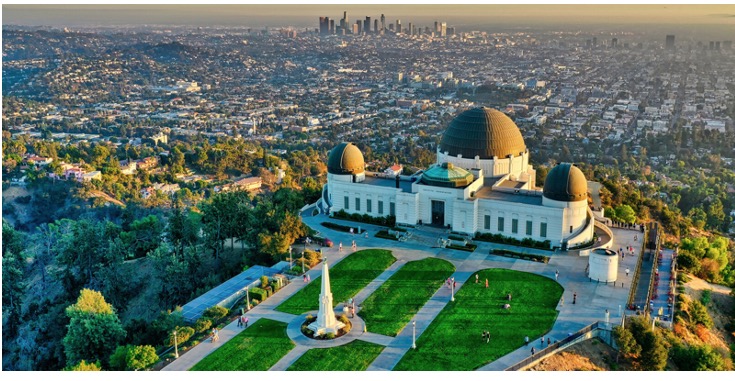 LA WATCHDOG - In a rush to the ballot that did not include adequate planning, the ethically challenged Los Angeles City Council has placed the Parks and Recreational Facilities Parcel Tax on the November ballot.

Approval by two-thirds of the voters is required to pass this proposition.

Shall an ordinance providing funding for parks, recreational centers, pools, playgrounds, waterways, beaches, green spaces, open spaces, childcare, and other facilities, and increasing park equity in the City of Los Angeles, through a tax of $0.08414 per square foot on improved parcels, reduced to $0.0222 upon completion of certain programs or in 30 years, with citizen oversight and exemptions for low-income households, generating approximately $227 million annually, be adopted?

Over the next 30 years, this tax will raise $6.8 billion.  But according to a report prepared by the City Administrative Officer, the total capital cost of this facilities plan is $4.6 billion, of which $2.7 billion is for the rehabilitation or replacement of existing facilities (essentially deferred maintenance)  and $1.9 billion is for new facilities.  This gap of $2.2 billion implies that the City will accelerate the implementation of the capital expenditure program over the next ten years and burden Angelenos with billions of expensive debt over the next thirty years.

One of the arguments supporting this new tax is that “Recreation & Parks’ guaranteed revenue mandated by the City Charter is no longer sufficient to sustain operations and fund critical infrastructure improvements.” This misleading statement fails to account for the City’s “full cost recovery” policy that has dinged R & P for about $100 million this year, representing almost 40% of its charter mandated budget, and $850 million since 2011.  This policy only applies to charter funded R & P and the Library, not the City’s other 40 departments.

Another argument for this parcel tax is that it will take the place of the funds generated by Proposition K which will cease in 2026.  But the new parcel tax of $227 million is nine times the $25 million from Proposition K.

This new tax will increase our property taxes by over 3%.  While this seems minor, we will also be hit up for increases in our sewer, trash, and composting fees to say nothing of a doubling or tripling of our DWP bills over the next 10 to 15 years.  And with inflation running at 9%, there will be little cash in our wallets.

There are also significant doubts about whether this poorly managed department has the capability to effectively manage an aggressive capital expenditure program of $4.6 billion over the next ten years, an issue that has not been addressed.

And will the politically appointed Citizens Oversight Committee have the expertise and authority to monitor billions in expenditures?   Or will it be like the HHH Oversight Committee that has allowed permanent supportive housing units to cost an astronomical $600,000.

Over the next sixteen weeks, we will be bombarded by advertisements promoting the importance of this proposition.  In essence, the City Council is holding this important department hostage, demanding that we approve this rushed to the ballot proposition despite its many shortcomings.  But rather than conceding to their ransom demands, the City Council needs to overhaul the financing and implementation of its overly aggressive $4.6 billion capital expenditure plan.

This includes eliminating the full cost recovery policy; strengthening the management, staffing, and systems of the department; reviewing the size and timing of its capital expenditure plan; establishing true independent oversight; educating to Angelenos about its plans through a board outreach program; engaging in real campaign finance reform; and eliminating pay-to-play schemes by eliminating Section 245(e) of the City Charter.

Until then, vote NO on the Parks and Recreational Facilities Parcel Tax.