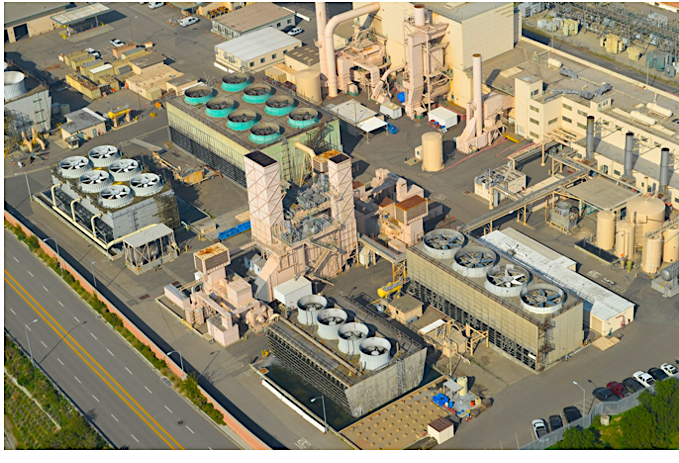 LA WATCHDOG - As part of its plan to deliver reliable and affordable energy to the 200,000 residents of Glendale as well as to its commercial and industrial customers, the Power Division of Glendale Water and Power is proposing to repower its gas fired Grayson Power Plant.

This would involve knocking down the aging and inefficient generation equipment and replacing it with a new gas fired 270-megawatt facility.  The estimated cost of this more efficient and less polluting project is $260 million.

According to Sammy Roth of the Los Angeles Times, the Power Division “plans to install a 75-megawatt, 300-megawatt-hour battery system at Grayson Power Plant, which is pretty darn big for a city of 200,000. They’re negotiating a contract with rooftop solar company Sunrun for a 28-megawatt “virtual power plant,” which would involve installing solar panels and batteries at thousands of homes and using those resources to serve the city as a whole. They’ll also buy climate-friendly power from a sola-plus-storage facility in Kern County.

Glendale will also rely on power from the Intermountain Power Plant in Delta, Utah, a facility that is controlled by the Los Angeles Department of Water and Power, and the related transmission lines.

However, Glendale Power officials are concerned about the reliability of their system that is dependent on nonlocal sources of power, especially when considering the expected increase in demand from the electrification of the transportation and building sectors of the economy.  The increased use of air conditioning will also impact the demand for energy as temperatures rise due to climate change.

Officials have made the determination that it is important to have a reliable local source of power. And given the lack of space in the City, the only alternative is to repower the existing Grayson Power Plant.

However, the new repowered facility is not expected to be a base load source of power, but rather a backup facility in times of peak demand (think hot summer nights when the sun is not shining) or when transmission lines are out of commission because of wildfires.

The environmental community are not happy campers with the repowering of the Grayson Power Plant.  Rather, they want Glendale to ditch all fossil fuels, even if jeopardizes the reliability of the power system.  But reliability cannot be compromised because turning off the power will have a disastrous impact on Glendale’s economy, residents, and reputation.

Furthermore, while the repowered facility will cost up to $260 million, the cost of 100% renewable power will double or triple rates, a fact that LADWP is ignoring, more than offsetting the capital costs of the new power plant over time.

Glendale has prioritized reliability along with lessening the financial impact on Ratepayers.  Glendale expects to comply with all the State’s clean energy requirements, not the over-the-top demands of the environmental community.

The Los Angeles Department of Water and Power and its Ratepayers would benefit by following the Glendale’s plan.