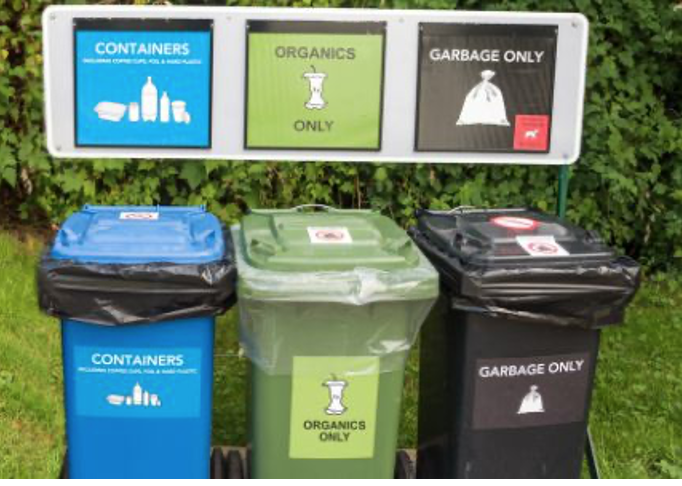 LA WATCHDOG - In its effort to reduce methane emissions from landfills, the State of California (through SB 1383) has mandated that by 2025 the City divert 75% of its organic waste from landfills, currently a major source of this “super polluting” greenhouse gas.

To divert this waste from landfills, homeowners will be required to deposit their organic waste (unused foods, leftovers, coffee grounds, eggshells, banana peels, and even bones) into our green barrels, which, once picked up by the City, will then be trucked to composting and anaerobic digestion centers for processing.

While the diversion was to begin on January 1, the City has yet to release its plan on how to reach the 75% goal by 2025.  This plan will not only need to provide homeowners with instructions on how to comply with the state mandate, but detail the impact on our Solid Waste (Trash) Fee that is on our bimonthly DWP bill.

[As a side note, renters in apartment buildings of five or more units are not serviced by the City, but by private contractors who are paid by the landlords and operate under an expensive exclusive franchise agreement awarded by the City.]

Today, the current trash fee is $36.32 a month, or about $436 a year, for basic service.  This fee only covers the three standard barrels (black, blue, and green) and does not include any extra bins. This rate was instituted by Mayor Villaraigosa on September 1, 2008 and was part of a four-part increase that more than tripled the fee of $11 that was in effect in July 2005.

But implementing this plan will not be cheap. There is the cost of collection and transportation of the waste to out-of-town facilities and the need to pay for the operating and related financing costs of these new facilities.

According to industry sources, the trash fee is expected to increase to $45 a month, or $540 a year, an increase of almost 25%.

Any report by the City will need to justify this significant rate increase that will total over $60 million.  This is in addition to the almost $300 million that is already flowing into the City’s coffers from the existing Sold Waste (Trash) Fee.  This report needs to include a financial analysis of the operation, its efficiency compared to other public and private operators, and the necessary capital expenditures over the next five to ten years.

While the City will tell us that this increase is reasonable, especially since the last fee increase over 13 years ago, it must be taken in the context of inflation and the recent increase in our bills from the Department of Water and Power.  We deserve transparency which is why Sanitation must reach out to homeowners so that they are able to understand the rate increase, to learn about Sanitation’s operations, management, and  its $350 million budget, and to receive answers to relevant questions.