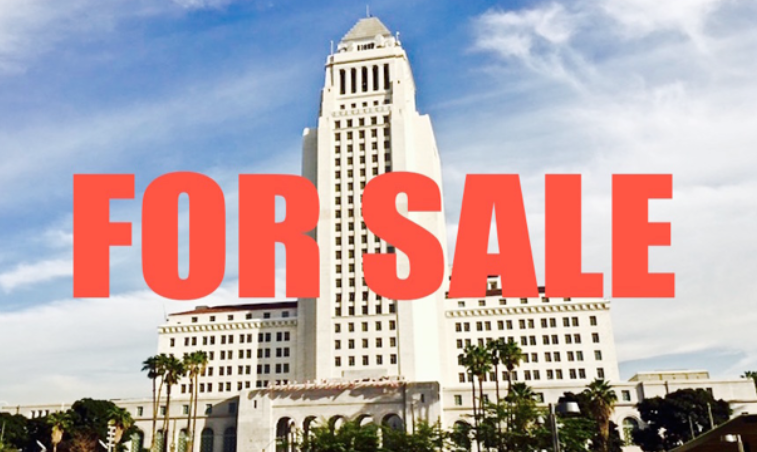 LA WATCHDOG--Angelenos are wondering when the next shoe is going to drop in the pay-to-play scandal resulting from the November FBI raid on Councilman Jose Huizar’s offices and home and the subsequent search warrants issued on, among others, Councilman Curren Price, Deron Williams, Council President Herb Wesson’s Chief of Staff, and Ray Chan, the former General Manager of Building and Safety and a former Deputy Mayor for Mayor Eric Garcetti.

Many City officials have apparently “lawyered up,” including City Council President Herb Wesson who has retained a high-priced criminal defense lawyer affiliated with the Los Angeles office of a major Washington, DC based law firm.

This also raises the question of who else has “lawyered up” and how are these City employees paying for this expensive talent.  For obvious reasons, we have not seen any legal defense funds for Huizar, Price, Wesson, and other cesspool occupants.

Speaking of pay-to-play shenanigans, have the politicians who accepted over $600,000 in campaign contributions from the developer of the $72 million Sea Breeze development, an apartment complex that was built in an industrial area only after the City Council overruled the Area Planning Commission and the City Planning Commission, donated these illicit donations to local charities?  The offending pols include Supervisor Janice Hahn ($203,500) and Councilman Joe Buscaino ($94,700). Other Cesspool occupants on the take include Huizar, Councilman Gil Cedillo, and Mayor Eric Garcetti.

Former State Senator Kevin de Leon and County Supervisor Mark Ridley-Thomas, both rumored to interested in succeeding the termed out Mayor Eric Garcetti in 2022, are candidates for the City Council in Districts 14 (Huizar) and 10 (Wesson), respectively.  But will these two professional politicians agree to serve out their four-year terms if elected?  And, heaven help us if either of these fiscally irresponsible politicians is elected mayor, will they agree to pay for the special elections to fill the empty council seat?

Mayor Garcetti’s recent appointment to be a Commissioner on the Board of Public Works stresses political connections over relevant experience as witnessed by his nomination of M. Teresa Villegas, a legislative deputy to Supervisors Hilda Solis and Gloria Molina.  What does she bring to the table in overseeing Public Works, its $1.4 billion budget, and over 5,200 employees that work in Sanitation, Street Services, Street Lighting, Engineering, and Contract Administration?

But this seems to be standard operating procedure for Garcetti as witnessed by his previous four appointments to the Board of Public Works and the Board of Water and Power Commissioners where politics trump experience.

In September, Mayor Garcetti announced that “that Department of Water and Power will create an office of Inspector General as part of his DWP reform agenda to improve the accountability and transparency at the utility.” But it was no surprise that a common response was that Angelenos would be better served by having an Inspector General to oversee the operations and finances of the City.