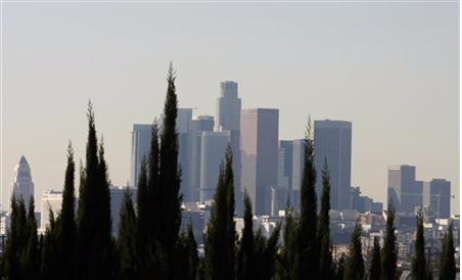 LA WATCHDOG--You would think that the Budget and Finance Committee of the Los Angeles City Council would be doing everything possible to eliminate the projected $84 million budget deficit that was discussed in the Second Financial Status Report issued on December 6 by the City Administrative Officer.

You would be wrong.

At a meeting of the its regularly scheduled meeting on December 10, the Budget and Finance Committee spent seventeen minutes on the FSR despite being informed by the CAO that the “currently projected expenditure imbalance of $83.9 million is still at a significant level.”

Slightly less than half of the seventeen minutes was spent listening to a concise presentation by a CAO staff member while the balance was taken up by lame questions (or the lack of questions) which made people wonder if the members of the Committee had even read the FSR.

Paul Koretz asked about the short fall in cannabis revenue ($10 million) and higher than expected “petroleum expenditures” ($8 million).  Bob Blumenfield inquired about the increase in County election costs ($1 million) and vacant positions.  Councilmen Mike Bonin and Mitch Englander sat on the sidelines while Chairman Paul Krekorian ran an efficient meeting but had no questions.

But there is plenty to discuss.

What about police overtime that is responsible for more than half of the overspending?

What about the impact of a new labor contract for the City’s civilian employees who have been without a contract since July 1?  The estimated cost is in the range of the range of $40 million.

What is the impact of liability claims that are on pace to exceed the budgeted $89 million?

While revenues for the first four months are up $63.6 million over planned receipts of $1.07 billion, this represents only 17% of anticipated revenues for the year.  What is the likelihood that this surplus will continue, especially given the past volatility of revenues?

What is the impact on City revenues of higher interest rates, higher home mortgage rates, a slowing economy, and a down stock market?

Will the Reserve Fund be adequate to cover revenue shortfalls and budget deficits and still be able to maintain its desired minimum of $310 million, an amount equal to 5% of General Fund revenues?  Today, the Reserve Fund has a balance of $350 million, only $40 million above the policy mandated level.

While there are questions with the current unbalanced budget, the Budget and Finance Committee also refuses to address the major issues facing the City.  This is the City’s Structural Deficit (where expenses increase faster than revenues) that is in the range of $1 billion a year, its $15 billion unfunded pension liability of its two pension plans that are only 72% funded and are chewing up almost 30% of the General Fund budget when you use more realistic investment rate assumptions, and its deferred maintenance budget of at least $10 billion needed to repair our streets, sidewalks, parks, and the rest of our deteriorating infrastructure.

While the Budget and Finance Committee is at fault for its failure to address the City’s serious budget and financial issues, its negligence is minor compared to the two puppet masters, Mayor Eric Garcetti and City Council President Herb Wesson.

They are not to be trusted.

In the past, Back to Basics Garcetti promised that the City would Live Within Its Financial Means, but that was just a campaign slogan that was never honored despite a booming economy.

Wesson endorsed the recommendations of the LA 2020 Commission to establish an independent Office of Transparency and Accountability and a commission to review and analyze the City’s pensions.  But these recommendations were deep sixed as soon as Herb walked out of the press conference.

There is little we can do to influence our politicians whose loyalty is to the campaign funding leaders of the City’s public sector unions.  But when it comes time to vote on future tax increases in 2020 or when these two politicians want our vote to propel them to higher office, then we have the leverage.

Without real reform, the answer is NO.