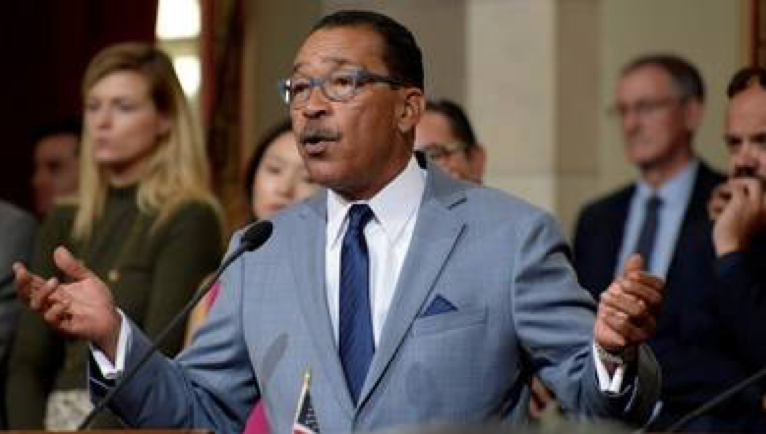 LA WATCHDOG--On Tuesday, the City Council passed a Herb Wesson sponsored motion, without any discussion, that requested “the City Attorney, with the assistance of the Chief Legislative Analyst, to prepare and present the documents necessary to place on the November 2018 Ballot the necessary amendment to Section 104(g) of the City Charter to authorize the City to form a municipal bank.”

The proposed City owned Bank of Los Angeles would “provide financial services to residents, reinvestment in the City to support the development of affordable housing and local infrastructure, and banking solutions for other local businesses that are not currently served by the commercial banking industry.”  There have also been discussions about the Bank serving the unbanked, cash intensive pot industry.

Yet despite all the hype associated with the municipally owned Bank of Los Angeles, the City has not prepared a business plan or even an outline of a plan for the Bank.  Rather, the City is asking us to give the City Council and Mayor Garcetti a blank check to establish the Bank despite a well thought out report by the Chief Legislative Analyst that identified numerous problems.

These limitations include that there is no identified source of funds to capitalize the Bank (estimated to be more than $1 billion), that City funds could not be deposited in the Bank for at least three years, that the Bank would have difficulty providing adequate collateral to support the City banking requirements, that the Bank would have difficulty qualifying for deposit insurance, and that start-up costs would be “exorbitant” with no available sources of cash to cover these losses.

After listening to the February 28 meeting of the Ad Hoc Jobs Committee where the Chief Legislative Analyst’s report was discussed, it was apparent that the members of the City Council have no clue about the banking business, the need for excellent management and strong credit standards, and that loans are not grants and need to be repaid.

Rather, the members of the City Council view the Bank as a source of cash to fund their pet projects and those of their cronies. But loans, both principal and interest, need to be repaid on a timely basis if the Bank is to remain solvent.   Otherwise, the Bank is out of business, the equity capital is wiped out, and the depositors take a hit.

This was certainly the case with the Los Angeles Community Development Bank that was established after the 1992 riots with money from the Federal Government.  But this loan fund that was under the control of the City Council closed its doors in 2004 because too many of the politically connected borrowers failed to meet their obligations.

However, with the Bank of Los Angeles, it is our money, not the Washington’s, that is lost if the Bank tanks.  And it the City takes a hit, it would have an adverse impact on the already poor level of service we receive from the City.

Before the City Council votes to place this amendment to the City Charter on the November ballot, the Council needs to have a detailed business plan to present to the voters.  But this is unlikely as the City has not hired any banking experts despite the request of the Chief Legislative Analyst.

We also cannot rely on all the promises of our Elected Elite to pass ordinances that will protect our interests and those of the City.  The City’s cash that is allocated to various departments, including the DWP, is just too damn tempting.

No blank checks.  The Bank of Los Angeles could very well be a weapon of mass financial destruction.