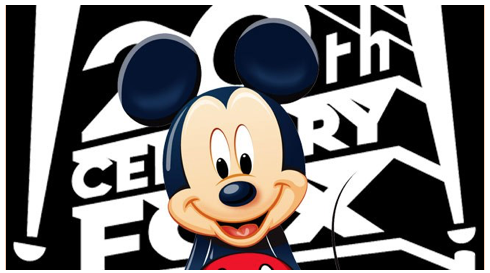 LA WATCHDOG--Hollywood is for sale!

On Thursday, Disney announced that it has contracted to acquire a significant portion of 21st Century Fox’s assets in an all stock, tax free transaction valued at $52 billion.  The assets include the Fox film and television business (along with its various franchises such as Marvel’s X-Men and The Simpsons), its cable channels (FX and National Geographic), its 22 regional sports channels, its international television provider services (Sky of Britain and Star of India), and Fox’s interest in Hulu.

Not included in this deal are Fox News (not quite in keeping with the Disney image), the Fox television broadcast network, its 28 television stations, the Fox Sports 1 Network, and the Fox studio lot.

At the same time, AT&T, the world’s largest telecommunications company, is in the midst of trying to acquire Time Warner for $85 billion in cash and stock.  But this deal has run into significant opposition from the antitrust authorities at the Department of Justice.

AT&T is interested in buying content for its distribution operations that consist of wireless services and Direct TV, our friends who will not enter into a reasonable deal with Spectrum to broadcast the Dodgers games.  The major Time Warner assets include Warner Brothers, HBO (Home Box Office), and CNN (Cable News Network).

Underlying these two megamergers is the quest for scale so that the combined companies will have the ability to compete in the rapidly changing digital world.  The FAANG (Facebook, Amazon, Apple, Netflix, Google) companies, new to the media business, are aggressively developing content to stream directly to consumers, disrupting existing, multilayered distribution channels.  At the same time, the revenues of the FAANG companies are growing astronomically, gobbling up billions in advertising and subscription revenues, allowing them to pay premium prices for quality content.

The shareholders of Fox and Time Warner are happy campers because of the premium prices paid for their companies allow them to smile all the way to the bank.

Wall Street and the investment community are buying into these deals because of the billions in synergies that are expected to be derived by combining the operations of the companies.  This will result in more efficient operations through improved distribution of content, eliminating layers of management, cost cutting, and laying off redundant workers, including many in the Los Angeles area.

Importantly, the combined companies will develop even greater pricing power which allow them to extract more revenue from us, the consumers, whether through higher prices from cable operators who are passing along higher transmission fees, increased advertising revenues, or fees paid directly by consumers for streaming services.

These megamergers by Disney (market capitalization of $165 billion) and AT&T (market capitalization of $230 billion) will be heavily scrutinized under the antitrust laws and regulations by the Department of Justice and other government entities.  Of course, the managements and their teams of high priced lobbyists, lawyers and spinmeisters will say that these companies are good corporate citizens, that consumers will benefit from improved services and product offerings, and that these deals are not anticompetitive because they actually foster increased competition.

Yet, these two acquirers have reputations for jacking up prices.  All you have to do is look at how the Mouse has aggressively raised admission prices at its theme parks.  Or how Disney has demanded higher fees every year for ESPN despite being the highest priced cable channel.  And these fees are passed onto us, whether we watch sports or not.

As for AT&T, what have they ever done for us other than raise prices for Direct TV and its other wireless services? And not carry the Dodgers!

The primary focus of the antitrust review must be on the impact of the increased pricing power of the combined enterprises on the consumers and their wallets.  And more than likely, the regulators will realize that these two megamergers that create giant unresponsive bureaucracies are not in our best interests.

Hollywood may be for sale, but we are not.  These deals are not ready for prime time.