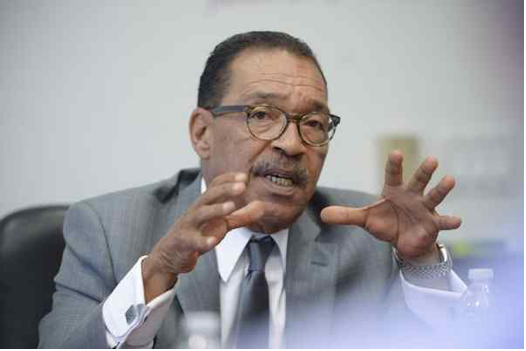 LA WATCHDOG--On Tuesday, Los Angeles City Council President Herb Wesson made a motion to look into the feasibility of creating the “Bank of Los Angeles” with a vision statement of “financing the building of affordable housing,” making loans to “small business entrepreneurs,” and accommodating the cannabis industry and its banking requirements.

“WE THEREFORE MOVE that the City Council INSTRUCT the City Administrative Officer (CAO) and the Chief Legislative Analyst (CLA), with the assistance of the Office of Finance/City Treasurer, and the City Attorney, to report back quickly to the Ad Hoc Committee on Comprehensive Job Creation Plan on the feasibility, requirements, legislative barriers, and any other relevant aspects of creating a state-chartered public bank, or other similar such financial institution, named the "Bank of Los Angeles" that would provide banking services to reinvest in the communities, neighborhoods, and residents of the City of Los Angeles primarily through the acquisition, construction, and rehabilitation of affordable and workforce housing, utilizing deposits and providing financial services and products to local businesses, including the cannabis industry.”

While the proponents of a City owned bank will cite the profitability and excellent return on equity (18%) of the 98 year old, well capitalized Bank of North Dakota, the report back to the City Council by the CAO and CLA needs to analyze why there are no other government owned banks in the country.

There are a number of key issues that the CAO and CLA need to consider.

For example, how much cash will the City need to invest in this capital intensive, credit sensitive enterprise?  When the Commonwealth of Massachusetts considered the feasibility of establishing a state owned bank in 2011, it passed, in large part because of the significant upfront investment in an unproven enterprise.

Other studies have indicated that the proper equity to assets ratio is in the range of 10% to 15%, an average 12.5%.  This means that our cash strapped City will have to pony up between $125 million and $250 million to support a bank with $1 billion to $2 billion in assets.  And what is the source of that money, especially given the City’s budget shortfall is estimated to be in the range of $300 million next year.

(See my recent CityWatch column, “Earth to Eric, Get Real”)

The City expects the bank to be the depository for billions of City cash, including money belonging to our Department of Water and Power, the two other proprietary departments, the City’s two pension plans, the Sewer Department, and numerous other special funds that all have credit requirements on where they may deposit money.  But will the City’s money be safe in this newly formed bank that has no track record?  Will the rating agencies provide the Bank of Los Angeles with the investment grade ratings that are required by depositors?  And will the deposits be insured, or are they the responsibility of the City of Los Angeles as is the case in the State of North Dakota?

The Bank of Los Angeles loan and investment portfolio must meet certain credit standards. It cannot be the lender of last resort, a source of financing for the pet projects of Mayor Garcetti and the City Council, or a source of loans at below market rates for politically connected developers.  Nor can the bank be an ATM for City Hall.

Put another way, how do we put a wall around the Bank of Los Angeles to protect it from our smooth talking Elected Elite and their ring kissing cronies?

The Bank of North Dakota is very profitable, earning $136 million, an astonishing 18% on beginning equity.  It is not a retail bank with ATMs and branch offices around the state, but a wholesale bank that works with community banks and makes direct loans to students and homeowners. It has a main office in Bismarck and several loan production offices, resulting in low overhead costs 0.4% of assets.

There are many other issues that need to be covered by the CAO and CLA, including, among others, the Bank’s management, transparency and independent oversight, technology and the back office, and the impact on our local banking system.

While it is too early to come to any definitive conclusions, the creation of the city owned Bank of Los Angeles is a very risky venture which may be beyond the financial and management capabilities of the fiscally irresponsible occupiers of City Hall.

That raises another question, “President Wesson, what herb have you been smoking?”

LA Municipal Bank: The Ethical Choice or a Waste of Money?

LA’s Weed Industry Needs a Bank.  City Leaders Might Create One It Can Use