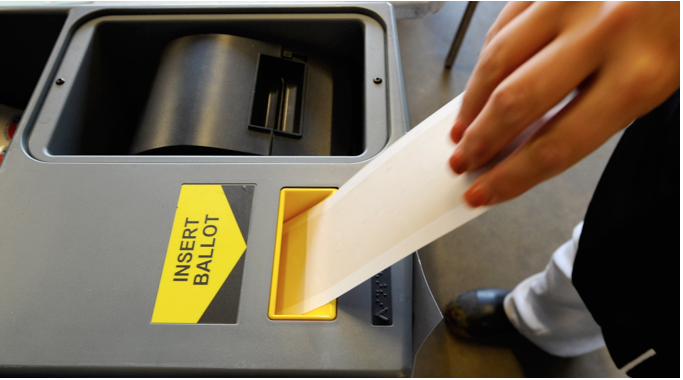 LA WATCHDOG--The County Board of Supervisors has placed Measure H on the March 7 ballot, which, if approved by the two-thirds of the voters, will increase our sales tax by a quarter of a cent to 9 ½%.  This ten year tax increase will generate $350 million a year which will be earmarked to finance services for the homeless.

Measure H is expected to be approved by County voters based on the results of the November election.

Measure HHH was approved by 77% of the voters.  This measure authorizes the City to issue $1.2 billion in general obligation bonds to fund permanent supportive housing for the homeless.  The County will be responsible for providing the necessary services as outlined in the ballot measure.

Measure M, approved by 71% of the County’s voters, authorizes a permanent half cent increase in our sales tax to finance Metro’s ambitious capital expenditure program and its money losing operations.

And 75% of the County’s voters approved Measure A, a $100 million tax to fund its Department of Parks and Recreation.

The proponents of Measure H have also raised over $1.5 million from the usual suspects, including our old friend, Frank McCourt of Dodger infamy, and other real estate developers as well as many other City and County ring kissers looking for future paybacks.

In addition, County voters outside of the City have tended to be more fiscally prudent than City voters.  And they outnumber City voters by 50%.

Voters in March may also be in a foul mood as a result of being hit with so many new taxes in 2016 and the prospect of even more taxes over the next two years.

In 2016, Angelenos were hit with a $150 million tax increase in connection with the massive DWP rate increase of over $1 billion.

Measure HHH, the $1.2 billion homeless bond, will cost City property owners an average of $65 million a year over the next 30 years.

The Los Angeles Community College District’s issuance of $3.2 billion in bonds will cost an average of around $200 million a year for the next 30 years.

County property owners will be tagged for another $100 million to fund its parks.

The Metro half cent sales tax increase will cost County residents an additional $750 million a year.

And this does not include state taxes associated with the new $2 a pack cigarette tax, the $9 billion K-12 school construction bond, or the Soak the Rich income tax surcharge.

There are more taxes that are in the pipeline.

The County Board of Supervisors is actively considering a Stormwater Tax that will raise between $300 and $500 million a year from property owners.

The City is still considering a multibillion Street Repair Bond that will tag taxpayers for $100 to $200 million a year.

And the State is considering a $3 billion increase in our gas tax, a $10 billion expansion of the current sales tax (thank you, Bob Hertzberg), a multibillion bond to repair its neglected parks, and a $2 billion bond to finance University of California facilities.

There is also the issue of trust.

During the last election, the County Supervisors, Mayor Garcetti, and the management of Metro withheld information about significant cost overruns on the widening of the Sepulveda Pass and Downton Regional Connection until after the election.

And then you have the City’s budget and the tsunami of red ink, the County’s massively underfunded retirement plans, our failing infrastructure, the unwillingness of our elected officials to say no to unaffordable union demands, and the corrupt pay-to-play culture that permeates City Hall and the County Hall of Administration.

The Supervisors, Mayor Garcetti, and the City Council have told us that homelessness is their number one priority.  If so, then the Supervisors need to find $350 million in the County’s $30 billion budget rather than hitting us up with yet another increase in our regressive sales tax.

By voting NO on H, we can send a message to Eric, the City Council, and the Board of Supervisors that they need to use our tax dollars more efficiently and that we are not their ATM.