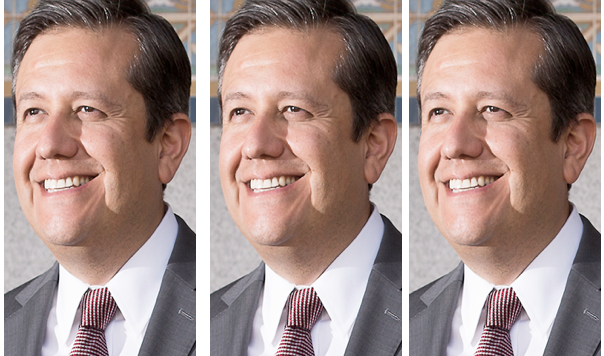 LA WATCHDOG--Earlier this week, Miguel Santana, our highly regarded City Administrative Officer, shocked the City when he announced that he will become the next Chief Executive Officer of the Los Angeles County Fair Association, the controversial nonprofit organization that runs the Fairplex on County owned land in Pomona.

But in July of 2009, everybody thought Miguel had lost his marbles when he agreed to be the City Administrative Officer for the City of Los Angeles. After all, the City was projecting a $2 billion river of red ink over the next two years.

Why would he want to work for the City and report to the 15 bickering nincompoops on the City Council and fiscally irresponsible Mayor Antonio Villaraigosa, who, along with City Council President Eric Garcetti, approved an overly generous, unsustainable five year, 25% raise for the City’s civilian workers just as the economy was tanking in 2007.

And then Santana, the new kid on the block, picked a fight with the campaign funding leadership of the City’s powerful civilian unions by questioning the economics of the Early Retirement Incentive Program that would have cost the civilian pension plan (and therefore the City and its taxpayers) $600 million over the next 15 years.

But this was just the opportunity that Santana envisioned after he received a Master in Public Administration from Harvard’s Kennedy School of Government in 2005.

Over the next several years, it was rough sledding as the City was unable to eliminate its Structural Deficit, where personnel expenditures grew faster than revenues. But there was meaningful progress, year after year, despite the constant interference by our Elected Elite.

The civilian unions and the City split the cost on the Early Retirement Incentive Program.

The City was able to spread out the five year, 25% wage increase over seven years, although there was considerable squawking from the unions about all their “sacrifices.”

There was modest pension reform that slowed the rate of growth in the unfunded pension liability.

The Structural Deficit became more manageable as the annual anticipated budget gap dropped year after year, from over $300 million in 2011-12 to under $100 million for the upcoming fiscal year beginning July 1, 2017.

Santana helped kill some boneheaded plans, including Villaraigosa’s scheme to sell the City’s parking garages to pay for every day operating expenditures.

Santana, the City’s equivalent of a Chief Financial Officer, also earned the trust of the investment community (who purchased the City’s bonds) and the credit rating agencies by being open and transparent about the City’s finances and its challenges and building a respectable Reserve Fund for emergencies and contingencies.

There were also situations where he put the City interests before those of the citizens.  For example, he negotiated the settlement of the $1 billion class action lawsuit involving the Telephone Users’ Tax for a nickel on the dollar.  But in his defense, we would have paid the bill, one way or the other.  But it represented an opportunity to require the City to place on the ballot a “Live Within Its Means” charter amendment to entice us to approve a new tax to cover this shortfall.

He is also negotiating the settlement of class action litigation involving the illegal 8% Transfer Fee from DWP’s Power System to the City’s General Fund, capping the annual transfer at less than $250 million and waiving past liabilities that are north of $1.5 billion.  But the question remains whether the proposed transfer needs to be approved by the voters pursuant to Proposition 26.

Miguel also earns kudos as a manager of his department.  He has developed a team of highly qualified, trust worthy individuals who have served as a significant resource for the City Council, the Mayor, and the managers of the City’s departments.

The City still faces significant financial hurdles: a Structural Deficit of close to $100 million next year; an unfunded pension liability of $15 billion that has the possibility of doubling over the next ten years; deferred maintenance north of $10 billion to repair our streets, sidewalks, parks, and the rest of our deteriorating infrastructure; aggressive unions seeking raises exceeding the rate of inflation; and spending pressures from the Mayor and City Council who are unwilling to reform the City’s broken finances.

Of all the people at City Hall, there was nobody who I trusted more than Miguel.  I will miss him, his intellect, his rigorous analysis, his directness, his openness, his hard work, his modesty, and his integrity.  If not for Miguel, I hate to think of the mess we would be facing.