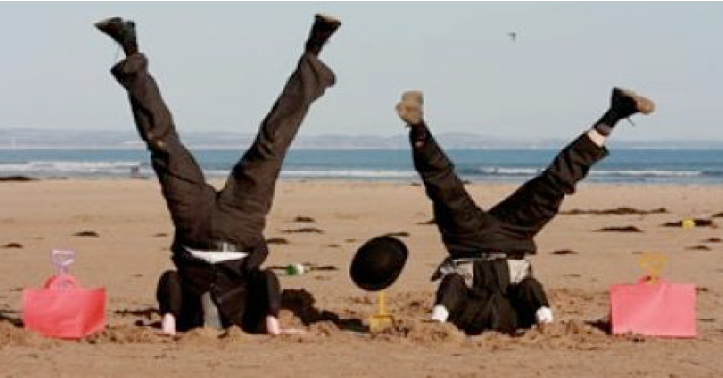 LA WATCHDOG--Our Enlightened Elite who occupy Los Angeles City Hall tell us that pension reform is not necessary.  After all, the recent actuarial report for the Fire and Police Pension Plan indicated that its $19 billion retirement plan was 94% funded as of June 30, 2016.

But as we all know, figures never lie, but liars figure, especially when it involves the finances of the City of Los Angeles.

The City will say that a pension plan that has assets equal to 80% of its future pension obligations is in good shape.  Baloney!  Pension plans should aim to be 100% funded, especially in down markets.  And in today’s bull market, where the Dow Jones Industrial Average is hitting record highs, the pension plan should be 120% funded so that it can withstand another bear market.

Even at the 94% funded ratio, the unfunded pension liability for the retirement plan is pushing $1.2 billion, not exactly chump change when compared to the projected payroll of $1.4 billion for the 12,800 active cops and firefighters.

But there is more bad news that is buried in the opaque actuarial reports that, when pieced together and analyzed, reveals that the overall Fire and Police Pension Plan is over $6 billion in the red and that only 75% of its future obligations are funded.

The Fire and Police Pension Plans are also responsible for Other Postemployment Benefits (“OPEB”) which covers medical benefits for retirees.  But the $3 billion of OPEB obligations are less than 50% funded, resulting in an additional $1.6 billion in unfunded liabilities.

Finally, if the newly calculated liability (that includes adjustments for OPEB and smoothing) of $3.4 billion (85% funded) is adjusted to reflect the more realistic investment rate assumption of 6.5% (as recommended by Warren Buffett), the unfunded pension liability soars to $6.25 billion and the funded ratio plummets to 75%.

When combined with the $9 billion liability of the Los Angeles Employees’ Retirement System, the City’s total unfunded pension liability exceeds $15 billion.  And this liability is expected to double over the next ten years based on realistic rates of return that are in the range of 6% to 6.5%.

Nothing! Absolutely nothing other than put their heads in a potato sack and hope that a robust stock market will make the $15 billion problem go away.

They have ignored the recommendations of the LA 2020 Commission to form a Committee on Retirement Security to review and analyze the City’s two pension plans and develop proposals to “achieve equilibrium on retirement costs by 2020.”

Krekorian and Koretz made the bone headed suggestion to raise the investment rate assumption to 8% so that the City would be able to lower its annual required pension contributions to the underfunded pension plans, allowing more money for union raises.

Wesson has not even created a Council File for the pension and budget recommendations of the LA 2020 Commission.

But the real culprit is Garcetti who has refused to address the pension mess that will eventually become a crisis.  He has not asked his political appointees on the two pension boards to initiate a study of the pension plans and the City’s ever increasing contributions that now devour 20% of the City’s General Fund budget.  He has refused to contest the State’s Supreme Court “California Rule” which does not allow the City to reform the pension plans by lowering future, yet to be earned benefits.

Rather than look out for the best interests of the City and all Angelenos, he continues to kiss the rings of the campaign funding union leaders who are vital to his political ambitions.

The City’s lack of openness and transparency and its unwillingness to address its ever growing, unsustainable $15 billion pension liability can only be categorized as a major league cover up that should be front and center in the upcoming March election.