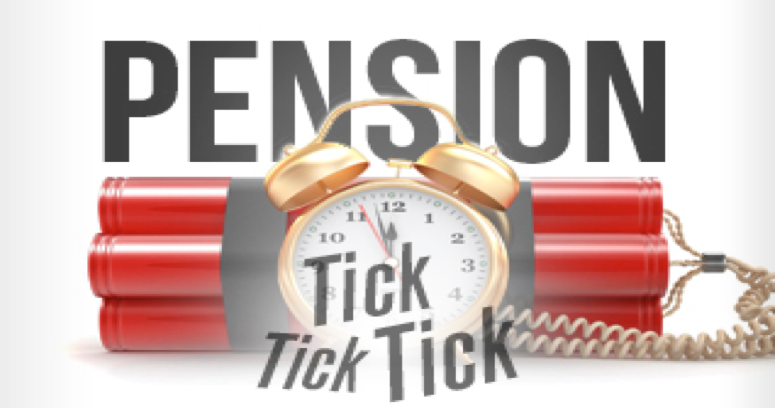 In 2007, Mayor Antonio Villaraigosa and the Eric Garcetti led City Council approved a five year labor contract that granted the City’s civilian employees a 25% raise.  While this contract was based on wishful thinking from the beginning, it turned into an unmitigated mess when the recession smacked the City’s unrealistic revenue projections, resulting in huge budget deficits.  To balance its budget, the City reduced services, furloughed workers, dumped over 1,600 employees (and their unfunded pension liabilities) on our Department of Water and Power, laid off almost 500 employees, and implemented the $600 million Early Retirement Incentive Program for 2,400 senior employees.

The County, on the other hand, did not grant any meaningful raises during this period, and, as a result, did not have to cut services or furlough or layoff its employees in order to balance its budget.

On the surface, this appears to be the case.

As of June 30, 2016, preliminary estimates (using the overly optimistic investment rate assumption of 7.5%) indicate that the County’s $58 billion plan is 83% funded with a shortfall of $10 billion.  On the other hand, the City’s $43 billion of future obligations are only 77% funded, resulting in an unfunded liability of $10 billion.

Over the years, the County has failed to set aside any real money to fund its OPEB obligations, resulting in a funded ratio of less than 2%.  On the other hand, the City, to its credit, has been making its annual required contributions since the late 1980’s, resulting in unfunded OPEB liability of “only” $2.1 billion and a funded ratio north of 60%.

[Note: Few governments have funded any of their Other Post-Employment Benefits, including the State of California which has an unfunded OPEB liability of a whopping $71 billion.]

If the Supervisors were to properly fund its Other Post-Employment Benefits, the annual required contribution will be in excess of $2.1 billion.  But by ignoring this very real, snowballing obligation, the Supervisors are using these false “savings” to fund the County’s bloated bureaucracy, increases in salaries and employee benefits, additional social services, and to meet the demands of the campaign funding leaders of the County’s public unions.

When the unfunded pension liability is adjusted to reflect a more realistic investment rate assumption, the County has a $50 billion liability that has the potential to crowd out essential services.

But will the Supervisors address this $50 billion mess where the facts, issues, and recommendations for financial sustainability are discussed in an open and transparent manner?  Or will they follow the example of Mayor Eric Garcetti and the Herb Wesson led City Council who have ignored the excellent recommendations of the LA 2020 Commission and who continue to kick the $16 billion can down our lunar cratered streets?