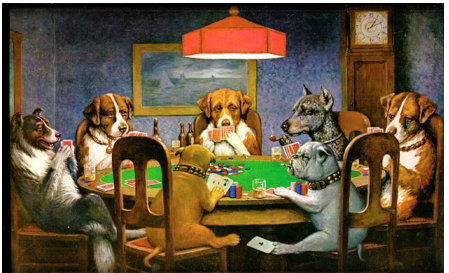 LA WATCHDOG--We have 24 ballot measures to contend with on Tuesday, four of which involve the City; one each for Metro, the County, and the Los Angeles Community College District; and 17 for the State of California.

When deciding how to vote on the following seven local ballot measures and six state measures that involve our wallets, we need to consider whether we trust our politicians with our hard earned money and whether our Elected Elite are working in our best interests or those of their campaign funding cronies, real estate developers, and union leaders.

The City of Los Angeles is corrupt enterprise where pay-to-play is standard operating procedure.  On Sunday, the Los Angeles Times ran a front page expose detailing how $600,000 in illegal campaign contributions paved the way for the City Council and Mayor Garcetti to approve the $72 million Sea Breeze development in Harbor City despite being rejected by the City Planning Commission and the local Neighborhood Council.

The City is fiscally irresponsible.  Over the last four years, revenues have increased by $1 billion and yet the City is projecting a budget deficit next year of $100 million.

Despite rivers of red ink and $15 billion of unfunded pension liabilities, Garcetti and the Herb Wesson led City Council have refused to consider the excellent budget recommendations of the LA 2020 Commission.

The City continues to use our Department of Water and Power as an ATM.  In October, the politically appointed Board of Commissioners (with one dissenting vote) approved an incestuous $41 million, 10 year lease for 4 floors of Figueroa Plaza, a poorly maintained, out of the way complex owned by the City.  Ratepayers are being taken for over $20 million.

Taxpayers are under attack.  If all the State and local ballot measures are approved, Angelenos proportionate share is $1.6 billion.  This equates to $400 a person or $1,600 for a family of four.  $1.6 billion will increase our sales tax to 11.7% or require a 32% bump in our property taxes.  There is another $2 billion in the pipeline.  And this does not include funding for the hundreds of billions of unfunded pension liabilities.

Ask yourself, do you trust Mayor Garcetti, the Herb Wesson led City Council, or the reconstituted Board of Supervisors to act in the best interests of its hard working residents?

This is a reward for bad behavior.  Mayor Garcetti and the City Council tell us that homelessness is a priority, but it is not a budget priority despite a $1 billion increase in General Fund revenues over the last four years.  Revenues are projected to increase another $600 million over the next four years.  The alternative to this measure is a general obligation bond paid for by the General Fund, not through an increase in our property taxes.

This ballot measure was cooked up by the County Federation of Labor.  It calls for inclusionary housing, prevailing wages (a 100% premium to market wages), and the equivalent of a project labor agreement.  But the numbers do not work.  Affordable housing becomes more unaffordable as money is diverted to well-paid construction workers and their unions.

This is a step in the right direction.  Additional ordinances will be needed for DWP to establish its own Human Resources Department, free from the City’s Personnel Department and its overly restrictive work rules.  Management and the Board will have more flexibility provided they abide by the newly mandated strategic plan.  The only power grab is by the City’s civilian unions.

We need to have increased transparency and pension reform before there are any changes to the existing pension plans. This proposal is more expensive than the existing arrangement with LACERS (Los Angeles City Employees Retirement System).

A 9½% sales tax is regressive.  It is one of the highest rates in the country. The Metropolitan Transportation Authority has a record of cost overruns (billions) and multiyear delays. The inefficient MTA is unable to manage its current infusion of $2.6 billion in taxpayer money.  It does not deserve a 33% raise to $3.4 billion or another $75 billion over the next 40 years.  It is a “forever” tax with no independent oversight.  A $10 million campaign war chest supporting this new tax is being funded by crony capitalists looking to feast on our tax dollars.  Do you trust the 13 politicians on the MTA Board?

Measure A – NO – Parks Parcel Tax

This is another “forever” tax where the money is directed to pet projects.  There is no plan to address deferred maintenance of $21 billion.  Oversight by political appointees is inadequate: reactive as opposed to proactive. Come back with a 25 year, well thought out plan that includes deferred maintenance and real independent oversight.

CC was placed on the ballot without limited community input.  This poorly run district is overreaching.  $3.3 billion is too damn much for this enterprise with a record of squandering billions from previous bonds.  Cut the amount in half, develop controls to manage the District, create an independent oversight body with real power, conduct community outreach, and then place a measure on the ballot.

No Blank Checks requires voter approval of State revenue bonds of more than $2 billion. It increases transparency and accountability. It may impact Jerry Brown’s two pet projects, the not so High Speed Railroad ($68 billion) and the controversial Twin Tunnels ($15 billion).  A no brainer.

The State Legislature cannot pass any bill unless it has been in print and published on the internet for at least 72 hours before the vote.  Prop 54 is a no brainer unless you are a backroom politician.

Prop 55 extends the temporary income tax surcharge on higher incomes for another 12 years.  Yet State revenues are up $50 billion (over 40%) since the surcharge was approved by the voters in 2012.  The surcharge increases the reliance on the volatile stock market and the income tax, increasing the prospect of huge budget deficits when the market tanks.  This is compounded by Sacramento’s spending spree.  There are unintended consequences of having the highest income tax rate in the country.  The unions and other special interests funding this initiative to the tune of $57 million have produced many misleading, scare tactic ads.

An additional $2 a pack tax will deter smoking, save lives, and lower healthcare costs. The tobacco industry has spent over $70 million opposing this proposition.

This proposition is the result of the Legislature’s failure to address the escalating cost of prescription drugs.  Big Pharma is spending over $100 million to defeat this measure.

Ballot measures HHH (the $1.2 billion homeless bond), Measure M (the Metropolitan Transportation Authority’s “forever” permanent half cent increase in our already regressive sales tax), and Measure A (the County’s “forever” parcel tax for parks) were placed on the ballot by our elected politicians.

By voting NO on these three measures, we can send a message to Mayor Garcetti, the Herb Wesson-led City Council, and the reconstituted County Board of Supervisors that we demand increased transparency and accountability, long range planning and multiyear budgeting, pension transparency and reform, and that the City, as well as the County, “Live Within Its Means.”

And most importantly, they need to understand that we are not their ATM.